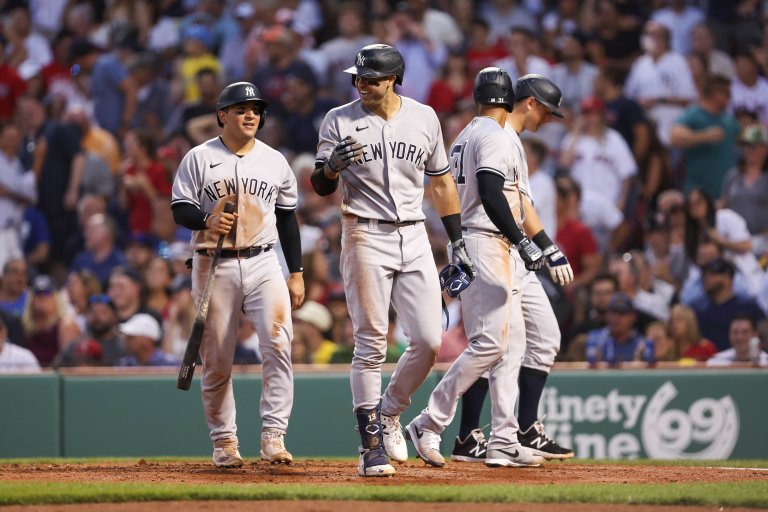 For most of this season baseball’s most storied rivalry has been anything but competitive. The Yankees are 4-1 versus the Red Sox through five games, after taking the first two matchups of their four-game weekend set in Boston.

Game 3 goes Saturday and once again oddsmakers have made the Bronx Bombers the sizeable road chalk.

The Yankees opened up as a -165 moneyline favorite, in a game with a total of 9.5. The first pitch is scheduled for 7:15 pm ET at Fenway Park in Boston, Mass, with clear skies and 72-degree game-time temperatures in the forecast.

New York, the leader in the World Series odds, will give the ball to Jordan Montgomery. The southpaw is fresh off 5 innings of one run ball, which helped erase the awful taste his previous two starts left in Yankee fans’ mouths.

Montgomery coughed up 15 hits and nine runs combined in his previous two outings to Oakland and Tampa Bay. The beauty of playing for New York, however, is that even if you struggle mightily on the mound chances are high your offense will bail you out. The Yankees did just that in those contests giving Montgomery 14 runs of support en route to two victories.

Montgomery has faced the Red Sox once this season and surrendered four hits and three runs over 3.1 innings in his shortest start of the year. Boston batters are hitting .266 over 144 career at-bats against him, with a .432 slugging percentage.

The Red Sox meanwhile have seen their starting rotation decimated by injuries. Three starters are on the IL, meaning reliever Kutter Crawford will get his third start of the season.

Crawford was brilliant in his last start, scattering two hits over 5.1 scoreless innings versus Tampa Bay. It was a far contrast from his previous outing when he surrendered six hits, four runs and two homers to St. Louis in an 11-2 loss.

Crawford has made two relief appearances versus New York this season, allowing five hits and one run over 2 innings.

Through two games of this series, the Yankees have outscored Boston 18-11 without a single hit from AL MVP odds leader Aaron Judge.

The forecast called for some rain ☔️ pic.twitter.com/iT6bUmyamu

New York reached double-digit runs for the MLB-leading 14th time on Friday, increasing their lead atop the AL East to 15.5 games. They’ve won nine of 12 overall, outscoring their opponents by 42 runs.

The Red Sox, on the other hand, are in a funk. They’ve lost four straight for the first time since early May, and have been outscored by 18 runs during the skid.

Devers is down for tomorrow. He might play Sunday.

Not only is their starting rotation in shambles but they also lost their best hitter on Friday. Rafael Devers left the game in the fourth inning due to back pain and has already been ruled out of Saturday’s contest.

An inexperienced starter and a lineup missing its biggest weapon is not the recipe to knock off the juggernaut Yankees. New York has taken eight of the last 10 meetings from Boston, winning five of those games by at least two runs.

10 of the Yankees past 13 victories overall have been by multiple runs, and I like that trend to continue on Saturday. Play them on the runline as they look for their 62nd win of the season, 10 more than any other club.