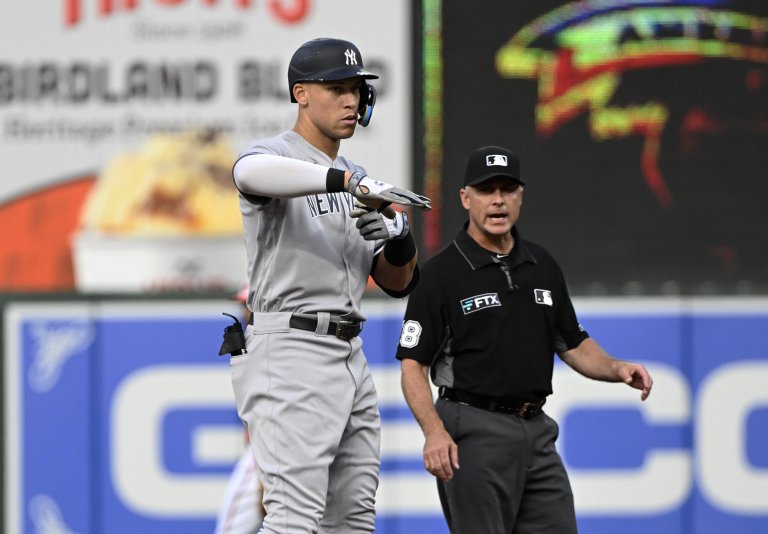 Have the Orioles lost their magic? After reeling off 10-straight victories between early and mid-July, Baltimore has looked more like a perennial cellar dweller lately than a dark horse playoff team.

The O’s had lost three of their past four entering play on Saturday, all to teams they are chasing, and will look to stop the bleeding on Sunday versus the mighty Yankees.

Odds as of July 23rd at Barstool Sportsbook

New York is currently a -175 moneyline favorite, in a game with a total of 9.5. First pitch is scheduled for 1:35pm ET at Oriole Park at Camden Yards in Baltimore, MD, with sunshine and 95-degree game-time temperatures in the forecast.

The Yankees, baseball’s leading contender in the World Series odds, will give the ball to Nestor Cortes. The 27-year-old is fresh off a scoreless inning of work in the All-Star game after being dominant for most of the first half of 2022.

Cortes yielded two runs or less in 12 of 15 starts including his lone performance against the Orioles. He threw 5 innings of shutout ball in that outing, striking out a season-high 12 batters. The southpaw has had a great deal of success against the Baltimore lineup over his career, holding them to just nine hits in 53 career at-bats.

He’s on pace to set personal bests in virtually every key statistical category this season, and ranks top-15 in MLB in ERA and WHIP.

The Orioles will counter with Dean Kremer. The 26-year-old has an impressive 3-1 record with a 2.59 ERA through eight starts, but there’s reasons to believe this is a whole lot of smoke and mirrors.

He’s yet to face the Yankees this season, but when he went up against the Bronx Bombers last year it did not go well. Kremer was 0-2 against New York in 2021, allowing 20 hits, 11 runs and 5 homers in just 12.1 innings of work.

AL MVP odds leader Aaron Judge is 3-for-4 lifetime against Kremer with two home runs. Judge went deep twice on Friday in the Yankees 7-6 win, and leads the Majors with 36 dingers.

New York is the MLB leader in runs per game, home runs, slugging percentage and OPS, and has scored at least six times in six of its past 11 contests versus Baltimore. Judge may get all the headlines but six regulars have an OPS north of .800 and three more are over .700 in that category. Needless to say there are no weak links in the lineup.

Baltimore’s offense meanwhile, has made significant progress from a season ago but still ranks below league average in nearly every offensive category. They don’t have the pop to keep up with New York (the Yankees have hit 67 more home runs so far), and will need to rely on pitching and defense to keep the game close.

Unfortunately, Kremer is a prime regression candidate and will likely get exposed by the juggernaut Bronx Bomber bats. That should put a lot of pressure on the Orioles bullpen, who has actually been fantastic this season. Baltimore relievers rank top-five in ERA, WAR and strand rate.

These two AL East rivals have met 14 times so far this season entering play on Saturday with New York winning 10 of the matchups. There’s little value betting the Yankees to win on the moneyline so why not target them to cover 0.5 runs through 5 innings.

They’ll get a chance to tee off on Kremer, while extending their First 5 innings proficiency. New York leads MLB in First 5 innings runs per game, while the Orioles rank 23rd.