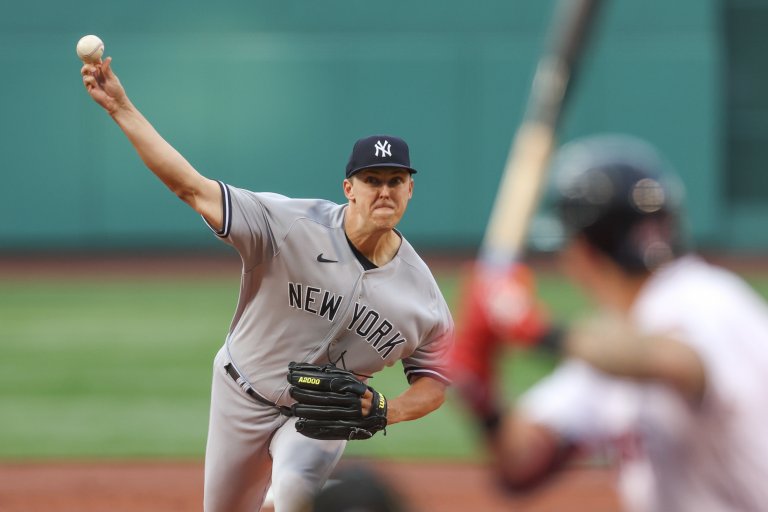 The Yankees are -160 road favorites over the Orioles on Friday night
Jameson Taillon (10-2, 3.86) will pitch for New York against Tyler Wells (7-5, 3.38)
A look at the odds and matchups can be found below with a prediction

The top team in the American League East plays the bottom one when the New York Yankees visit the Baltimore Orioles at 7:05 p.m. ET Friday at Oriole Park at Camden Yards.

The Yankees (64-30/27-18 road) came out of the All-Star break Thursday and were swept in a doubleheader by the Astros in Houston, losing 3-2 and 7-5. New York has the best record in the major leagues but has lost four of its last six games and seven of 10.

The Orioles (46-46/25-17 home) were off Thursday. They lost two of three games to end the first half, though that came on the heels of a 10-game winning streak

Odds as of July 21st at BetMGM.

The Yankees are -160 favorites in a game that will be streamed on Amazon Prime, giving them an expected win probability of 61.54%. At +400 in the World Series odds, New York is the co-favorite with the Los Angeles Dodgers, while the Orioles’ odds are +30000.

It figures to be a hot night in Baltimore with the weather forecast calling a first pitch temperature of 90 degrees and a low of 76, mostly clear and southwest wind at 3-7 mph.

Taillon did pitch well his last out when he limited the visiting Boston Red Sox to one run on two hits in six innings last Saturday for the win. He struck out five and walked none.

Jameson Taillon earned his 10th win of the season, retiring the last 17 batters he faced against Boston. #YANKSonYES pic.twitter.com/5zxRqW4Uw2

He pitched 5.2 innings and allowed three runs and six hits with six strikeouts and two walks. In his three starts in July, Wells has gone 1-1 with a 4.02 ERA.

Against the Yankees, Wells has an 0-2 career mark with a 3.32 ERA in nine games (three starts).

The Yankees’ Aaron Judge is 4 for 11 (.364) with one home run off Wells. However, Anthony Rizzo, Joey Gallo, Isiah Kiner-Falefa, Josh Donaldson, Marwin Gonzalez and DJ LeMahieu are hitless in 31 at-bats combined against the big right-hander.

Judge hit a three-run home run, his MLB-leading 34th, in the ninth inning of the second game of Thursday’s twinbill. Yet it wasn’t enough to keep the Yankees from losing 7-5 as the Astros completed the sweep.

#AllRise for Homer No. 34 pic.twitter.com/c95MqPtToe

The Yankees lost the opener 3-2. Astros rookie J.J. Matijevic walked it off in the ninth inning with a pinch-hit RBI single with two outs off Michael King.

Trevino and Yankees batterymate Nestor Cortes Jr. were two of the stars of Fox’s telecast of the All-Star Game on Tuesday.

Jose Trevino & Nestor Cortes are mic’d up with each other and talking us through the inning pitch-by-pitch ?

Taillon finished the first half on a good note following some struggles. Yet Wells is an intriguing underdog play, especially with so many Yankees having had trouble against him.