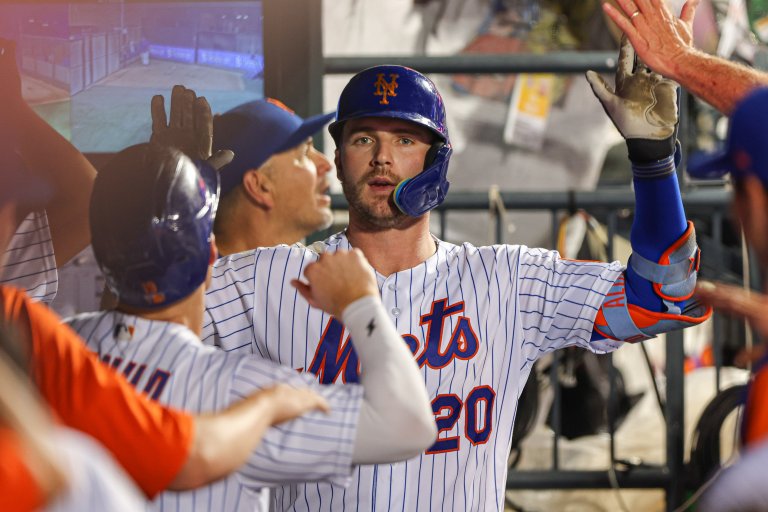 The New York Yankees and New York Mets face off at Citi Field on Tuesday, July 26th
The Bronx Bombers have the best record in baseball, while the Amazins are in a dogfight with the Braves for the NL East lead
Read below for the Yankees vs Mets odds and betting preview

The New York Yankees (66-31)) face the New York Mets (59-37) ) on Tuesday at Citi Field. The first game of this abbreviated two-game Subway series has a scheduled first pitch of 7:10pm ET. The Yankees will send Jordan Montgomery to the mound, while the Mets counter with Taijuan Walker.

Buck Showalter’s club is a slight favorite in this spot and are -155 favorites to win the NL East. Meantime, the Yankees have gargantuan -10000 odds to win the AL East.

Odds as of July 25th at DraftKings

While enjoying what has been in many ways a breakout season, the Yankees are still only 9-10 in the 29-year-old Montgomery’s starts in 2022 — nine of which have been of the quality variety. The lefty had an especially strong stretch between late May and mid-June, sporting a 3-0 record and 1.95 ERA in 32.1 innings over five starts. Since then, he’s gone 0-1 with a 4.29 ERA in 35.2 innings over six starts.

Jordan Montgomery having just 3 wins in 19 starts and a 3.24 ERA on the team with the best record in baseball is truly bizarre. 9 wins in 49 starts in the last two years.

Montgomery was a tough-luck loser in his last time out against the Astros, going 6.1 innings and allowing  seven hits, two earned runs and a walk while striking out eight in a 3-2 defeat.

Meantime, the high expectations Walker has had throughout his career are coming together this season. The 29-year-old former first-rounder has a sparkling 7-2 mark and 2.55 ERA. Like his counterpart on Tuesday though, the Mets haven’t necessarily been lights out in his turns — going 9-7 with Walker on the bump. He’s tossed nine quality starts, including seven in a row.

Taijuan Walker is one of 12 pitchers with 80+ innings pitched this season and an ERA+ of 150 or better.#Mets #LGM pic.twitter.com/lbLfwolmj1

Walker went six innings in his most recent turn on July 16th, allowing four hits, an earned run and two walks while striking out five in a 2-1 victory over the Cubs.

The Yankees had an off-day on Monday after taking two of three against Baltimore on the road following the All-Star break. The star of the three-game set — as he has been all season — was AL MVP favorite Aaron Judge. The 30-year-old slugger went 8-for-13 against the O’s, while blasting three big flies at Camden Yards. The performance capped an impressive week.

Meantime, Pete Alonso has been nearly as amazing as Judge has this season for the Mets. The 27-year-old former NL Rookie of the Year — nicknamed the “Polar Bear” — has hit 25 homers and an MLB-leading 82 RBI (one more than Judge), while slashing .260/.358/.583. His go-ahead, three-run blast off fellow All-Star Joe Musgrove helped New York salvage the series against the Padres in an 8-5 win on Sunday.

Four other players — led by Francisco Lindor’s 16 long balls — have smashed at least nine dingers in the Mets’ lineup. This is an opportunistic group that will be motivated to make a statement against its crosstown rivals — while also keeping the Braves at bay.

The Mets currently have +800 odds to win the Fall Classic, while the Yankees are favorites at +340 in the World Series odds.

The long ball could be the difference in this one — with Montgomery surrendering 13 homers and Walker has allowed only four this season.

The Bronx Bombers have been so good this season. But with Atlanta pushing New York in the division race, the intangibles favor the home team.