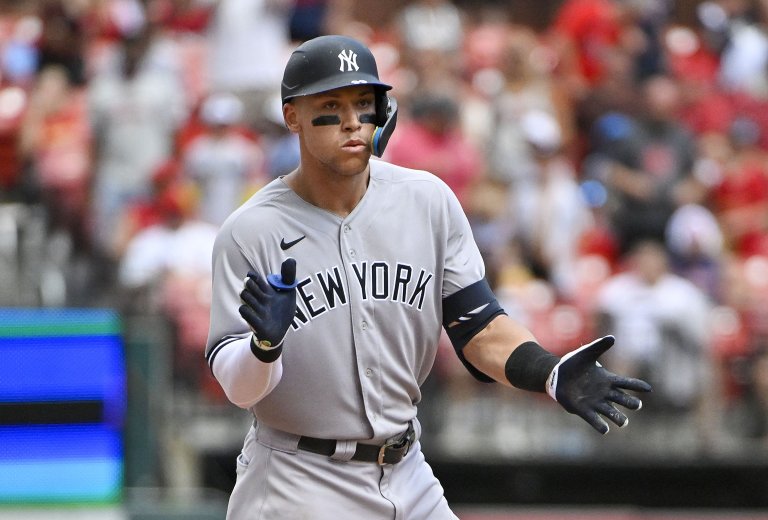 The Yankees and Mariners begin a three-game series on Monday evening
Seattle has won three of its last four against New York
Read on for the Yankees vs Mariners odds, lines, and picks

The Bronx Bombers will hand big righty Jameson Taillon the ball here. This is his second start in a row against the Mariners. Seattle meanwhile counters with Logan Gilbert, who also faced the Yankees last week.

The Yankees are a -120 moneyline favorite for Monday’s contest. However, Seattle took two out of three from them just last week in the Bronx. Over 7.5 runs at -115 odds should offer value here because the last three meetings comfortably hit the over.

New York’s rotation has been pretty solid this season and they just got better by acquiring Frankie Montas, although he was hit around in his debut. Taillon is an important piece to the puzzle for Aaron Boone’s squad, going 10-2 with a 3.96 ERA in 2022, striking out 98 in 113.2 innings while walking just 21.

But last time out, the 30-year-old was tagged for six runs (five earned) by these same Mariners in just 4.2 frames. Both of the hits he surrendered were home runs and Taillon also walked four. He’ll be looking for a bounce-back outing.

Gilbert is one of the Mariners’ standout arms right now. The right-hander leads the rotation alongside Robbie Ray with 22 starts, owning an impressive 3.09 ERA and 10-4 record. He’s collected 120 strikeouts and allowed only 34 free passes in 128.1 innings, showcasing his swing-and-miss stuff.

Logan Gilbert, K’ing the Side. pic.twitter.com/bkvaZKPSK6

But, his most recent start came against the Yankees and it wasn’t pretty. He allowed six earned on seven hits. NY also took him deep three times before Gilbert left after 5.1 innings. Just like Taillon, Gilbert is looking to pitch much better on Monday and silence the struggling Yanks.

Yankees in a Midseason Funk

New York is still a mile ahead in the AL East with a 70-39 record, but they’ve been slumping lately. Sunday’s 12-9 loss to the Cardinals marked their fifth in a row, getting swept by St. Louis in the process.

The bats came to play in this one as six different players finished with multi-hit games. AL MVP odds favorite Aaron Judge also went 2 for 5 with four RBI. On mound though, it was a much different story. Frankie Montas allowed six runs in his first start with the Yankees and the bullpen didn’t fare much better once he left.

Seattle Is No Joke

The Mariners made it clear they mean business at the trade deadline by acquiring Luis Castillo from the Reds. Although Seattle is just seven games above .500, the team is currently in a Wild Card spot and trending in the right direction.

The M’s just split a four-game set with the Angels and took the series finale on Sunday by a score of 6-3. Marco Gonzales tossed six quality innings of three-run baseball on the hill, while Eugenio Suarez and Sam Haggerty led the offense with two hits apiece. Jessie Winker went yard as well.

I do think it’s only a matter of time until the Yankees end this brutal losing skid. Since last season, they’ve typically played well against the Mariners, too. But, I’m going to focus on the over here instead given the number of runs that were scored in this series last week.