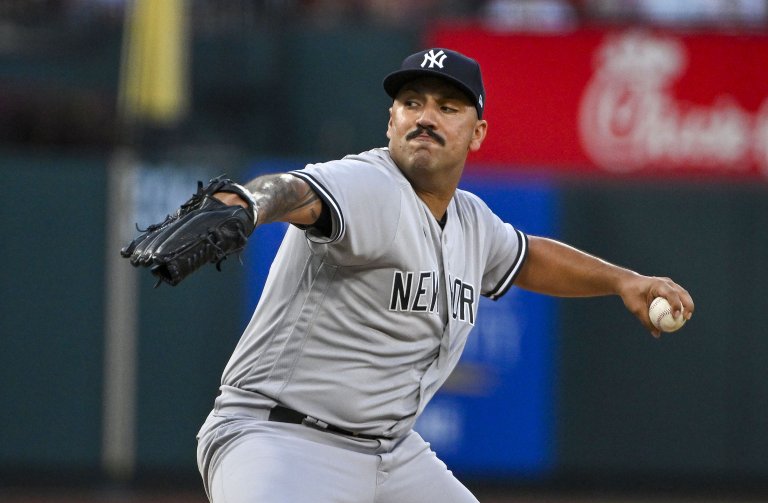 The Yankees and Mariners wrap up a three-game set on Wednesday afternoon
It’s Nestor Cortes vs Robbie Ray on the hill
The Yankees vs Mariners odds, preview, and prediction for the series finale can be found below

It’s the battle of the lefties for this contest as the Bronx Bombers send Nestor Cortes to the mound, while the M’s counter with 2021 AL Cy Young winner, Robbie Ray.

The Yanks might be a -130 favorite for the series finale, but heading into Tuesday night, they’ve lost two of their last three games against Seattle.

Cortes has been arguably New York’s best starter this season. The first-time All-Star is leading the staff with a stellar 2.57 ERA and 9-3 record, striking out 115 in 112 innings while walking only 28 batters. The southpaw throws a ton of strikes and mixes up his pitches very well, keeping hitters off-balance.

“Under this body, there’s a guy that’s athletic” – @Cortes_1210 pic.twitter.com/LZinSgVB5m

He’s also allowed two runs or fewer in five straight outings. Last week, Cortes tossed 5.1 frames and surrendered two earned to the Cardinals on only one hit. He did allow four free passes which did hurt him a bit, but the 27-year-old still managed to grab a no-decision. In two career appearances vs. Seattle, Cortes has an ERA of just over four.

Ray pitched decently in the first half for the M’s, posting a 3.51 ERA in 18 starts. Since the All-Star break though, the veteran has struggled immensely, going 1-2 with a 6.52 ERA in four outings.

On a more positive note though, Ray’s first start of August was a doozy. He tossed seven innings of one-run baseball against the Angels, allowing a mere five hits in the process and striking out 10. Ray will be hoping to build off that on Wednesday, but he does have a 4.50 ERA against the Yanks in five career appearances.

Yankees Need to Turn it Around

New York is still way above the pack in the AL East. Nevertheless, they need to start winning ballgames on a more consistent basis. Before beating the M’s on Monday evening 9-4, the Bronx Bombers had lost five in a row and even got swept by the St. Louis Cardinals.

There is some success in this lineup versus Ray, which is a good sign. AL MVP odds frontrunner Aaron Judge is hitting .429 lifetime off him with three homers in three at-bats while Josh Donaldson, DJ LaMahieu, and Marwin Gonzalez swing it well against the southpaw, too.

Seattle is right in the middle of the Wild Card race and definitely needs to finish this series on a high note. However, there is very little experience in the lineup against Cortes. In fact, just 19 at-bats combined.

Carlos Santana is slashing .250 off Cortes while Jarred Kelenic is raking .500 but that’s a small sample size of two ABs. The Mariners will have their work cut out for them because Cortes is truly one of the best arms in the AL.

Yes, Ray is coming off a quality outing, but he’s been inconsistent. Cortes on the other hand is as reliable as anyone. Plus, Seattle doesn’t really know what to expect from the Yankees star. Take New York to win Wednesday’s matchup.