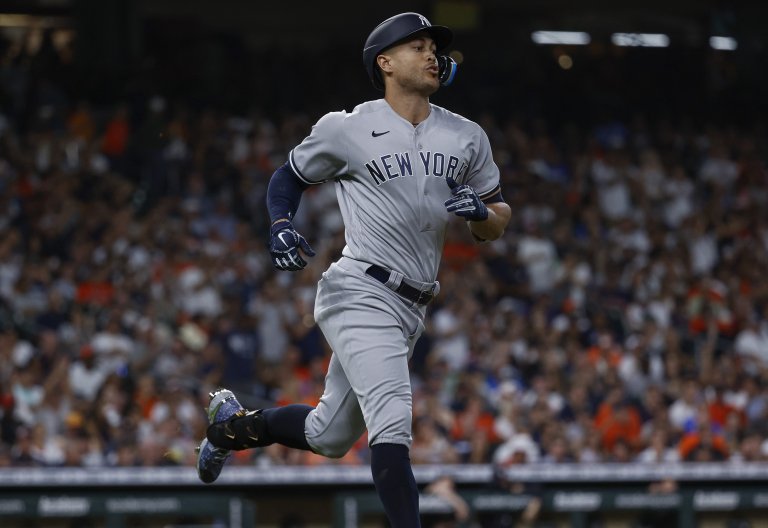 The New York Yankees and Cleveland Guardians face off in a split doubleheader at Progressive Field on Saturday, July 2nd
Aaron Boone’s club is out to one of the best first halves in MLB history, while Terry Francona’s group is trying to remain competitive in the AL Central
Read below for the Yankees vs Guardians odds and betting preview

The New York Yankees (56-21) face the Cleveland Guardians (39-34) on Saturday at Progressive Field in a split doubleheader. The first game of a three-game set has a scheduled first pitch of 12:10 pm ET.

The Yankees will send Gerrit Cole to the mound, while the Guardians counter with Kirk McCarty.

Odds as of July 1st at BetMGM Sportsbook

After an inauspicious beginning to the 2022 campaign that saw him go only 11.1 innings with a 6.17 ERA over his three starts, the 31-year-old Cole has rounded back into the ace he is.

Since then, the four-time All-Star has gone 76 innings with a 2.49 ERA over 12 starts (10 of which have been quality ones). He’s been especially stellar of late against elite competition.

Gerrit Cole pitched his brains off during the “tough stretch”

Boone’s guys have gone 11-4 in Cole’s starts. The 6-foot-4 right-hander was on the losing end of a combined no-hitter last Saturday against Houston after tossing seven innings and allowing four hits, one earned run, and two walks while striking out eight in an eventual 3-0 loss.

As for the 26-year-old McCarty, Saturday’s early tilt will mark the second time this season the rookie will be pressed into last-minute duty. About a month ago, the lefty started the second game of a twin-bill against the Rangers, going four innings and surrendering eight hits, four earned runs, and no walks while striking out a pair in what turned out to be a 6-3 defeat.

@BerniePleskoff kirk McCarty followed by civale tomorrow against the yanks? Could be a long day…

Since returning to the minors after his big league debut in April, McCarty got the start in five of his eight appearances for AAA Columbus, logging a 3.10 ERA and 1.28 WHIP across 29 innings. This has a bullpen game written all over it for Cleveland.

After splitting a four-game possible October preview series with Houston last weekend, New York went out and swept Oakland. Then, the Yankees went to Texas and got shut down 2-1 on Thursday by an Astros staff that’s on another planet right now.

While Aaron Judge is the AL MVP favorite right now, it’s his MVP-winning teammate who’s enjoyed the best week. Giancarlo Stanton has gone 5-for-18 (.278 batting average) in the last five games, with three of those knocks being big flies.

Objectively Stanton should be starting over Springer in LA ?‍♂️ pic.twitter.com/MUDl8PkEiY

Meantime, the Guardians just finished a grueling eight-game-in-ten-day stretch against the division-leading Twins that saw Tito’s club post a 5-3 mark against Minnesota. For all the attention Jose Ramirez gets, it’s another player that lit up June.

Amed Rosario has been playing the hits this month. ?#ForTheLand pic.twitter.com/U7pM9RZJvj

Amed Rosario has been the club’s best hitter over the last seven games, sporting a .370/.414/.519 slash line and scoring five runs over the stretch.

The Guardians currently have +7500 odds to win the Fall Classic, while the Yankees are at +400 in the World Series odds.

Cleveland comes into this series in much better shape than it was when New York pulled off a home sweep in April. But the way this specific one matches up, the Yankees are heavy favorites for a reason.

Cole should easily outperform whichever Guardians pitcher is throwing and the Yankees should win this one going away.