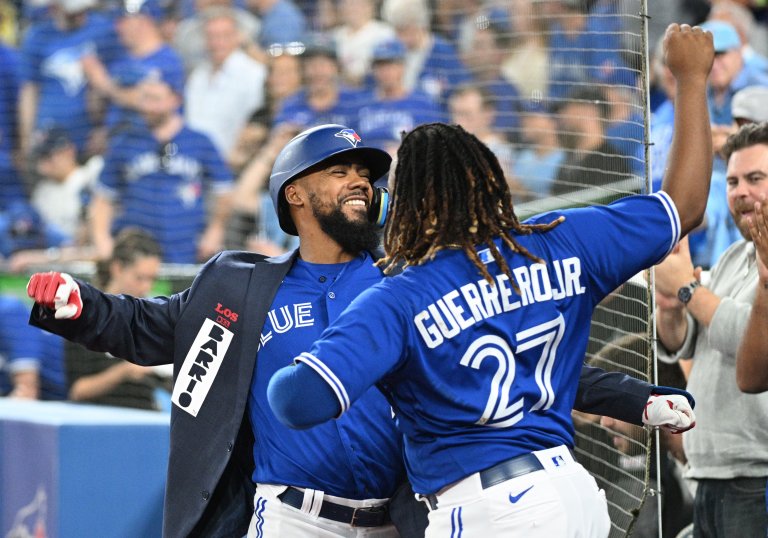 It’s only fitting that the biggest series of the weekend features the best pitching matchup of Saturday’s slate. The Yankees and Blue Jays will square off in the second of a three-game set, with Cy Young odds contenders Jameson Taillon and Alek Manoah toeing their respective team’s rubber.

The Blue Jays opened as -120 moneyline favorites in a contest that features a total of 8.5. First pitch is scheduled for 3:07 pm ET at the Rogers Center in Toronto, Ontario, with sunshine and 70 degree game-time temperatures in the forecast.

Manoah, who’s tied for the MLB lead in wins with eight and boasts the fifth best WHIP (0.91), hasn’t given up a run in his past 12 innings. He’s fresh off back-to-back scoreless performances against the Orioles and Royals, and has allowed more than two earned runs in only one start all season.

Alek Manoah’s made 31 starts in his career, which is about what you’d see over a full season.

Quickly become one of the most beloved athletes in Toronto too.

He’s faced the Yankees once this year, and although New York walked away with a 9-1 victory, the score is not indicative of how he pitched. Manoah surrendered only one run and three hits in his 6 innings, before the bullpen fell apart.

He’s done a masterful job in his career against the Bronx Bombers, holding them to a .161 average over 69 at-bats and just one extra-base hit.

Not to be outdone, Taillon has allowed more than two runs in only three of his 12 starts, although he is fresh off his two worst outings of the season. He’s lasted only 5 and 4 innings respectively in his last two starts, coughing up a total of seven runs and 16 hits.

He has however, dominated Toronto this season. Taillon is 2-1 against the Blue Jays with a 2.76 ERA and a 14-to-1 strikeout-to-walk rate. Toronto batters are batting .256 lifetime against the right-hander over 100 at-bats, although Vladimir Guerrero Jr. (.357 avg.) has had his fair share of success against him.

These two teams rank at or near the top in most key offensive categories in the AL. They entered the weekend ranked first and second in slugging percentage and OPS, and first and fifth in run differential.

New York leads the entire league in that category by a wide margin, and are off to the best 64 game start since 2001 at 48-16. They’re just behind the Dodgers atop the World Series odds board, with the Blue Jays three spots behind.

The two have met 10 times already through the first two-plus months of the season, with the Yankees holding a 7-3 advantage.

New York pounded Toronto in the series opener 12-3 on the strength of 14 hits and four homers, but don’t expect the same kind of offensive production in Game 2.

With two of the AL’s best pitchers on the mound, under 8.5 comes squarely into play. As good as New York’s offense has been all season, they’ve also shown recently they can win with pitching and defense. They tallied just eight runs total in three games earlier this week against Tampa Bay, yet still pulled off the sweep versus the Rays.

The under is 34-29-1 in New York’s games this season and 18-15 in divisional contests. When it comes to Yankees/Blue Jays tilts six of 10 have stayed under, while nine of 12 Manoah starts have produced a total of seven runs or less.