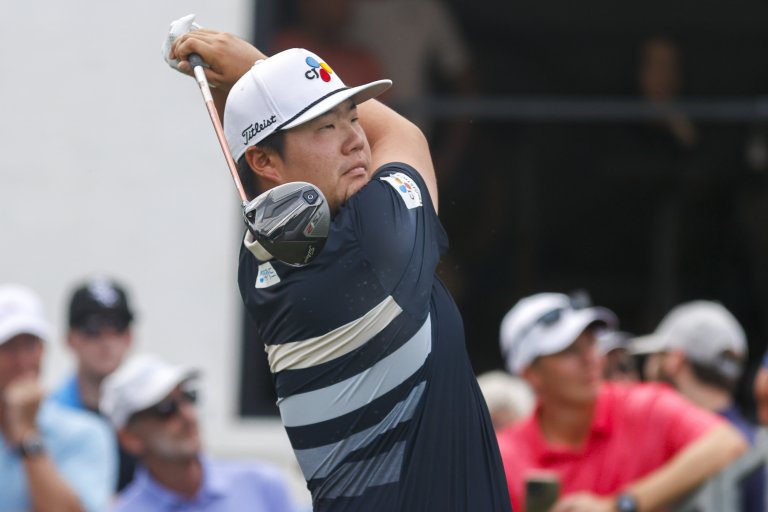 It’s going to be a war of attrition on Sunday at the Wyndham Championship. Just 12 of the 86 players in the field were able to complete their Third Round on Saturday, after play was suspended for the day due to inclement weather.

That means the bulk of the leading contenders are going to have to play 25 holes or more on Sunday, which could make mental and physical fatigue a factor.

Sungjae Im and Brandon Wu are currently leading the pack at 12-under, with first round leader John Huh and Joohyung (Tom) Kim tied for second. Eight players are within two shots of the lead, which should make for plenty of drama on Sunday.

Odds as of August 6th at DraftKings Sportsbook

Im, a two-time winner on Tour, closed at some online sportsbooks as the favorite prior to Thursday’s First Round, and oddsmakers are bullish on his chances of claiming his second victory of the season.

Im currently sports +230 odds to win the Wyndham Championship, but you can count me among the group of bettors who will be looking elsewhere.

Through 47 holes he’s been carried by his putter. Im ranks third in the field in strokes gained putting, but 63rd in iron play. Through 11 holes on Saturday, he was 71st in strokes gained approach for the day, 60th in ball striking and 56th in tee-to-green play.

On a congested leaderboard that is not a recipe to take home a title. Putting is not a skill we want our horses to rely on as it’s nowhere near as predictable as ball striking.

Im is a fade for me as are both Tom Kim and Brandon Wu for the same reason. Kim made 301 feet of putts through the first two rounds to catapult himself up the leaderboard and the minute his flat stick goes cold he’s going to fade into the distance.

Through 36-holes, Joohyung Kim has made 301 feet, 1 inch of putts, marking the most in the first two rounds since the Wyndham Championship moved to Sedgefield Country Club in 2008.

Wu meanwhile, ranks eighth in the field in putting through 47 holes, but 57th in ball striking and 40th in tee-to-green play.

Russell Henley (+800): The main target in our sleepers and longshots picks is just two shots back. He ranks fourth in the field so far in strokes gained approach and third in ball striking and tee to green play. This is the kind of player we want to target as he’s going to keep giving himself quality birdie opportunities. If his putting, which ranks 47th at the moment, heats up he could run away with this tournament. Through 47 holes he’s already missed six putts inside seven feet. If he starts making the short ones on Sunday look out.
Anirban Lahiri (+1600): He’ll also enter play two shots back and leads the field in both ball striking and tee to green play for the week. His putting has been even worse than Henley’s so it makes sense to target him with the hope that he sees some positive regression on the greens.
Will Zalatoris (+9000): Perhaps the only thing keeping him out of the winner’s circle was his caddy. Zalatoris parted ways his longtime looper ahead of Saturday round, and went out and fired a 4-under 66. He’s played the last 34 holes in 9-under par and leads the field in ball striking and scoring over the past 50 rounds. Given his ceiling, this number is just too good to pass up.