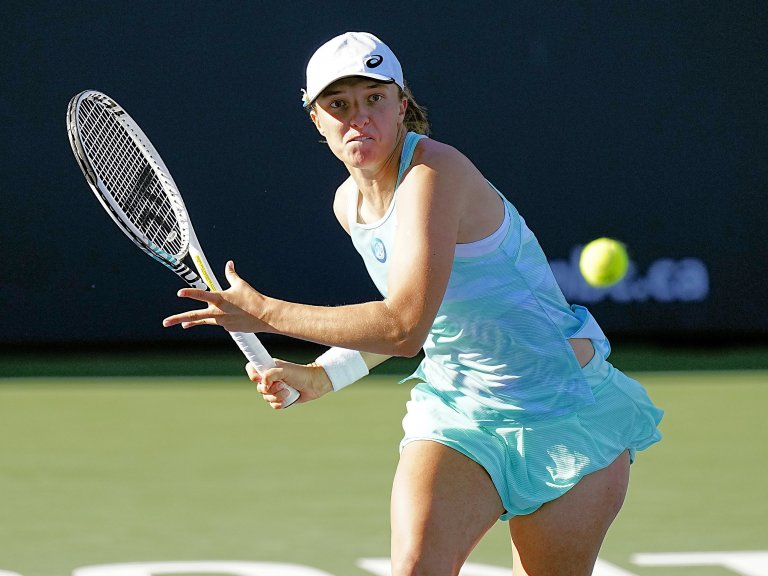 Not that most expected Naomi Osaka, Venus Williams or Serena Williams to make a deep run at the Western & Southern Open this year.

But all three were on the Stadium court Tuesday in Mason, Ohio. And all three went down. None of them even won a set.

Osaka was (optimistically) at least among the top five favorites before the tournament began. So was Coco Gauff.

But the new doubles No. 1 had a calf issue in her match against Marie Bouzkova, and retired down a set and an early break.

Wednesday feels like a day of upsets, notably because so many of the top players haven’t displayed much consistent form.

Among the definite possibilities for outright upsets are Tomljanovic over Badosa, and Cirstea over Kvitova.

Since her long winning streak ended at Wimbledon against Alizé Cornet, the world No. 1 has gone a rather pedestrian 3-2 in two tournaments.

Swiatek was beaten in the quarterfinals of her home event in Poland by Caroline Garcia. And in Toronto last week she lost a major tussle in her second match to Beatriz Haddad Maia, who went all the way to the final.

Hardly bad losses as both are quality players. But Swiatek is the world No. 1 by a mile. As good as they are, she’s supposed to be a lot better.

And then there is Sloane Stephens.

Stephens is a former Grand Slam champion. She’s a former world No. 3. She’s capable of catching fire – if she’s in the mood – and stroking anyone off the court on a given day.

Lately, those days haven’t been given much. But she got a wild card and is playing in her home country. And she absolutely crushed Cornet Monday night, beating her 6-1, 6-0 and winning 60 of 93 total points.

If Stephens is in one of those moods, Swiatek might be in for it despite the overwhelming odds in her favor.

Jabeur is a huge favorite in this one, which features McNally as the “hometown” wild card.

McNally has proven to be a fine doubles player after a great junior career. But for whatever reason – despite her variety of skills – it still hasn’t clicked in singles yet even though she’s still only 20.

Beating a quality opponent in Aliaksandra Sasnovich in the first round (in a third-set tiebreak) will help her confidence. But she has only beaten one top-50 player over the last two years (Mertens, on grass in June). And Jabeur has beaten her routinely in their two previous meetings

Elena Rybakina hasn’t exactly been tearing it up since her unexpected Wimbledon title, although her first three matches (1-2) went three sets. She dispatched Mayar Sherif fairly routinely in the first round in Cincinnati.

And Garbiñe Muguruza defeated her on grass in Berlin, a year ago.

But the Spanish former No. 1 is in the throes of a major tennis crisis of confidence since winning the WTA Tour finals last November. She has won back-to-back matches only once all year – and that was back in February.

Most often, she hasn’t even taken a set in defeat.

She just won’t be able to move well enough to catch up to Rybakina’s power.