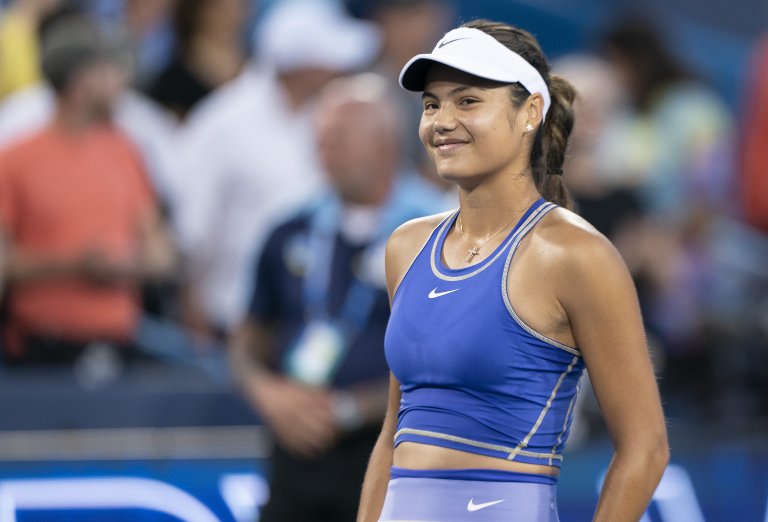 Only six of the 16 seeds survived to the third round at the Western & Southern Open
That’s par for the course these days, but No. 1 seed Iga Swiatek remains the favorite to win it
Read on as we analyze the round of 16 odds, and make some predictions

There were three walkovers in the Western & Southern Open’s second round that benefited the players who went through without hitting a ball.

Amanda Anisimova pulled out before facing Shelby Rogers. Simona Halep, who won the Toronto event last week, gave Veronika Kudermetova a free pass. As well, Alison Riske-Amritraj went through to the third round without having to play Marie Bouzkova.

Iga Swiatek remains the odds-on favorite to win the event, even though her tennis has hardly been overwhelming. Elena Rybakina (at +600) might be the better bet at this point.

The Emma Raducanu hype machine is revving up again, just in time for the 19-year-old to defend her US Open title in New York in two weeks.

But in truth, although the Brit has been solid, she played a nearly-retired Serena Williams who also, reportedly, had a knee issue that led to the postponement of their match from its scheduled Monday slot.

The two are meeting for the first time.

A week ago, you’d have picked Pegula to win in straight sets. But never underestimate the boost of confidence Raducanu will have gained by beating two players who have been No. 1 and won multiple Grand Slams. And, in Williams’s case, a legend.

grateful to have shared the court w you serena 🙏 pic.twitter.com/4hGTPhmsyt

The last three times Raducanu has lost, it has been in straight sets.

CoolBet Ontario: Sign up With the Most Transparent Sportsbook in Canada!

Both Petra Kvitova (against Jil Teichmann) and Ons Jabeur (against wild card Caty McNally) had narrow escapes in earlier rounds.

Jabeur was a set down and won in a third-set tiebreak.

Kvitova’s rather routine win over Sorana Cirstea, who had upset No. 12 seed Belinda Bencic, leads you to think that she is feeling it this week. Which is good news in the long term, and perhaps not very good news for Jabeur.

Also bad news for Jabeur is that the two have played four times – the last three on hard courts. And Kvitova has won two of the three although Jabeur won the most recent one in Sydney in January.

Jabeur is a very slight favorite, with both players in the minus.

It’s going to be close, and long.

Riske-Amritraj might be fresh. But Rybakina has rolled through her first two opponents and seems primed, after the inevitable down following her unexpected Wimbledon triumph, to do big things on hard court as well.

The two are meeting for the first time. And it’s unlikely the American will be able to keep up with the speed of Rybakina’s serve and the power of her groundstrokes.

Not that she’s not game. Not that she won’t try to chase everything down. But her funky technique, notably on the forehand, can mean she’s late to the ball even against opponents who don’t hit nearly as hard. Against that power, she’s likely to make more errors and create more short balls for Rybakina to pounce on.