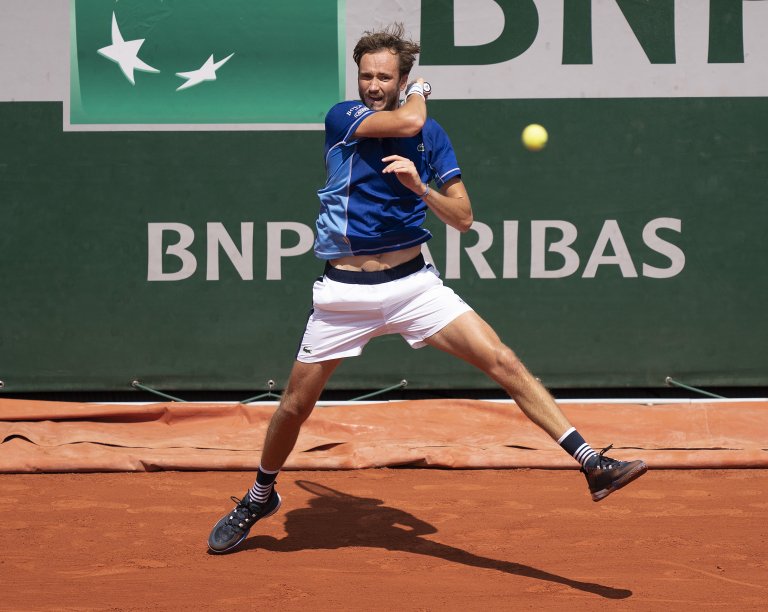 The Terra Wortmann Open is this week’s major stop on the ATP Tour. An ATP 500 event, it’s the second week of grass-court competition for the world’s best tennis players leading up to Wimbledon, the third Grand Slam event. That’s scheduled to get underway at the end of June.

Monday, June 13 will see first-round action in the 32-player Terra Wortmann Open. It’s World #2 and top seed Daniil Medvedev who is set by oddsmakers as the +250 favorite to win the tournament.

Russian countryman Andrey Rublev and Stefanos Tsitsipas of Greece are set as co-second betting choices at +700. In the tennis betting lines, Canada’s Felix Auger-Aliassime is next in line at +750.

There’s no doubt that Medvedev plays most effectively on hard-court surfaces. Twelve of his 13  ATP Tour titles were earned on hard surfaces. As well, 21 of his 23 finals appearances came at hard-court events.

His underlying numbers when playing on grass aren’t shabby. Medvedev is showing a .778 (7-2) winning percentage in the past year. That rates seventh on the ATP Tour.

Most players are looking at the ATP Terra Wortmann Open as a tune up en route to Wimbledon, one of the biggest tennis events of the year. Unfortunately, there’s a roadblock on that path for both top-seeded Medvedev and #3 seed Andrey Rublev.

Whatever spell Andrey Rublev was casting on Ugo Humbert last year has worked and Ugo will be out of/ or very close to be out top 100 after Halle, unless a miracle happens.? pic.twitter.com/ZVz6gXZh4b

Due to Russia’s attack on Ukraine, Wimbledon is banning Russian players from competition. That means all that’s up for grabs for them in Halle are points to help maintain their place in the ATP rankings.

Rublev’s Terra Wortmann Open numbers are much more solid than Medvedev’s. He reached the final last year before losing 3-6, 6-7(4) to Ugo Humbert. Rublev reached the quarterfinals in 2017.

Looking at his current form, you’d never be inclined to wager that France’s Ugo Humbert would be in with a chance to defend his title in the Terra Wortmann Open. Certainly, at odds of +2500, he’s not being given much hope of doing so.

Finally the ? of our latest tournament champion @HumbertUgo has arrived ? We think it fits our “Walk of Fame” perfectly ? pic.twitter.com/GvDuZEQB7R

There’s solid logic supporting those numbers. In a dozen tournaments so far this year, Humbert has made it to the Round of 16 on one occasion. His season won-loss record is 4-12.

Still, there’s something about playing on grass that brings out the best in Humbert. He’s 8-2 on grass over the past 52 weeks. That .800 winning percentage places Humbert fifth overall on the ATP Tour.

Just two players have successfully defended their title at Halle. Roger Federer won four in a row from 2003-06 and three in succession from 2013-15. Yevgeny Kafelnikov won back-to-back titles in 1997-98.

Take FAA To Go All The Way

Last year’s losing semifinalists were Nikoloz Basilashvili (+4000) and Auger-Aliassime. Over the past year, Felix is 10-3 on grass (.769). That’s ninth-best on the ATP Tour. Only Italy’s Matteo Berrettini (11) has won more often on the surface.

Felix Auger-Aliassime made an impressive run at this years tournament and will play in Halle in Westphalia for the next three years ??

Auger-Aliassime’s service game rates out to #12 on tour when playing on grass (295.8). He reached the final eight of all three of his grass events in 2021. That was including the quarterfinals at Wimbledon and the final at Stuttgart.

The Canadian is poised to win his first ATP grass tournament.