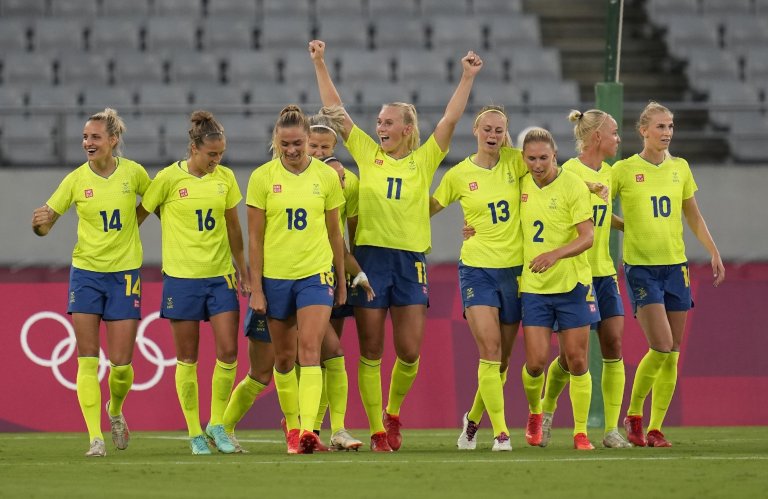 The 2022 UEFA European Women’s Championship kicks off tonight with England vs Austria.
The tournament is being hosted in England, with Spain starting as the favorite to lift the trophy.
Below we look at the tournament, at how you can watch it, and we list the odds and some picks.

The finals of the 2022 UEFA Women’s Euros kick off tonight when the host England plays Austria at Old Trafford, Manchester (KO 3:00 pm ET).

This tournament, originally scheduled for the summer of 2021 but postponed due to COVID-19, brings together the best 16 women’s teams in Europe to battle it out for the trophy, last won in 2017 by the Netherlands.

We list the odds, look at potential winners and give you other important info such as where, when and how you can watch the tournament.

Check out these odds and more at DraftKings Sportsbook.

Just 350 moneyline points separate the top six in the betting, which is indicative of how wide open this tournament is.

If you’re new to betting on soccer, why not take a look at our Futures & Outrights page for a more in-depth look at the different types of bet available.

The action kicks off later today with England vs Austria at Old Trafford in Group A – a group that also contains Norway and Northern Ireland.

The first stage of the tournament is a round-robin of four groups of four and will conclude on July 18 with the top two of each group making up the eight quarter-finalists.

The tournament then enters the knockout phase with the quarterfinals taking place between July 20-23, the semifinals on July 26-27, and the final at Wembley on July 31.

ESPN and ESPN+ have the rights to show every game of the tournament live in the US, starting tonight, with all matches available in English and Spanish.

In terms of who to watch out for, Spain starts as the favorite (+350)  but is only 50 betting points ahead of the hosts, England (+400), who will be hoping the home crowds will give them a massive boost.

The Spanish have suffered a late blow to their hopes as Alexia Putellas – winner of the 2021 Ballon d’Or Féminin and Best FIFA Women’s Player in 2021 – has been ruled out of the tournament with a damaged ACL.

They were already without leading all-time scorer Jennifer Hermoso and so will need to reshuffle in attack if they are to claim their first-ever European title.

But Spain has quality throughout their squad and even without their two biggest names are still capable of winning the tournament.

England is also short-priced for a reason. On their home turf and under the management of Sarina Wiegman – who coached the Netherlands to victory in 2017 – they are well placed to go deep in this tournament.

With the experienced and talented Lucy Bronze at right-back and with their line led by their all-time leading scorer Ellen White, they have a squad that, with home support, could take them all the way.

Chaos in the Squad of the Talented French

With the Netherlands and France pitched equally at +500, both must be considered potential winners, with the Dutch looking to win consecutive Euros. They were also World Cup finalists in 2019 when beaten by the USA in the final.

An Englishman, Mark Parsons, now coaches the Orange Lionesses, and he’s brought through a string of talented young players to freshen up the squad. They have a chance.

France has, on paper, the most technically gifted squad in the Championships but has recently been beset by internal squabbles.

Key player Amandine Henry is not part of the squad after falling out with coach Corinne Diacre and neither are Eugénie Le Sommer and Kheira Hamraoui. Only if they can find some harmony in the squad can they go a long way in the competition.

The top six in the betting is rounded off with Sweden (+650) and Germany (+700), both of whom are worthy of consideration, the Germans not least for the fact they are eight-time winners of the tournament.

They warmed up for the tournament with a 7-0 thrashing of Switzerland, so are in fantastic shape.

Sweden too is in good shape having warmed up for the tournament with an outstanding 3-1 win over mighty Brazil. Only Germany has been more successful in this tournament than the Swedes who are always competitive in tournament soccer.

And finally, if it’s a generously priced outsider you’re looking for then Italy at +2800 is worth a look. While they are inconsistent, they have talent and, let’s not forget, their men’s team won the 2020 Euros which were played last summer.

Outsiders they may be, but each tournament usually throws up a surprise and the Italians could be it.

There is a strong case for both England and Spain but, for me, it’s still hard to see past the Germans, who regularly come into their own in tournament situations.

With Sara Däbritz leading a team that qualified with a 100 percent record, Germany represents decent value.