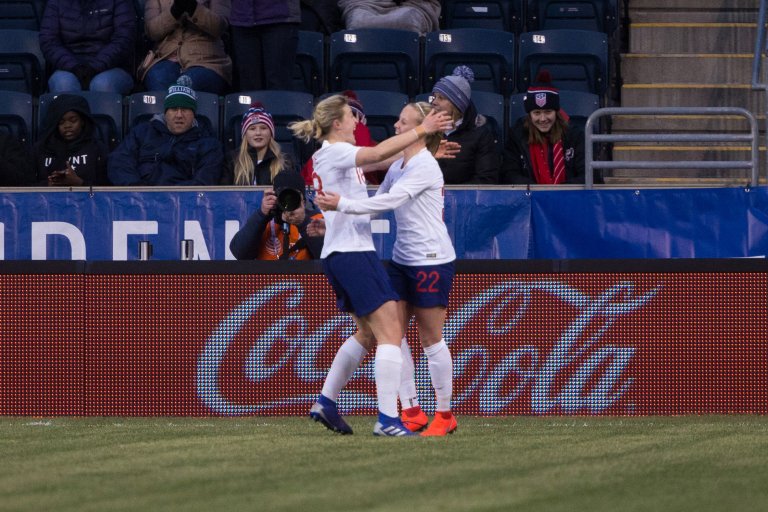 We’re down to the final four teams as England vs Sweden and Germany vs France face-off in the Women’s Euro Semifinals on Tuesday and Wednesday this week.

Under bettors cleaned up nicely in the quarterfinals with all four games falling under 2.5 goals. Only England vs Spain had three goals, but that winning goal came in extra-time, and that match was 1-0 until the 84′ minute.

The Swedes may be underdogs in this match, but they are the highest-ranked team in the tournament, ranking second in the FIFA rankings. England is the lowest-ranked team remaining at eighth.

For 80 minutes it looked like Spain would be the team advancing to the Women’s Euro Semifinals. Instead, it’s England, who was one of the pre-tournament favorites.

Spain took the lead over England in the 54′ minute through an Esther Gonzalez goal, despite being down two of their top players in Jennifer Hermoso and Alexia Putellas. They expectedly held the possession edge at 58 percent, but also led in attempts 17-10 and shots on goal 4-3.

But as they’ve done throughout the tournament, it was Ella Toone and Alessia Russo, coming off the bench who made the difference. Russo assisted the tying goal to Toone in the 84′ minute. That set up extra-time that saw a wonder strike of a goal by Georgia Stanway in the 96′ minute to see England through.

Sweden were massive favorites to defeat Belgium, easily the weakest of the eight quarterfinalists. Swedish backers would’ve been scratching their heads as to how they almost needed extra-time in their match to advance. The match was just moments away from needing at least 30 more minutes until a 92′ minute-winning goal coming from Sweden’s 13th corner kick. Sweden did have a first-half goal called back on a very tight offside call, but it took their tenth shot on target to secure the win.

but this was absolutely not one of those times: Sweden get the result their dominance deserved, and it’s heartbreak for Belgium#WEURO2022 pic.twitter.com/ISxxW5uVYy

These teams last met in the Women’s World Cup back in 2019 with Sweden winning 2-1 in the third-place match.

England will have the rest advantage in the Women’s Euro Semifinals having played last Wednesday, compared to Sweden who played on Friday.

That, plus the home advantage playing at Brammal Lane could prove to be enough to see England through. The Swedes have been battling COVID-19 and have been forced to field a severely rotated backline. Defenders Hanna Glas, Emma Kullberg and Jonna Andersson all missed out on the quarterfinals. Glas and Kullberg have returned to training, but Andersson will likely still be out.

?Although the SWEWNT clarified a couple days ago that some players couple be training individually to optimize before England on Tuesday.

Additionally, there was some concern over one of the top midfielders in the tournament, Kosovare Asllani. Asllani was said to be too tired to speak to the media after the Belgium win and was not at training on Sunday. She has a goal and three assists in the tournament. However, Monday, she declared that she is fit and ready for the England match.

England have scored 100 goals in just 18 matches under the management of Sarina Wiegman and are undefeated at 16-2-0. Their starting lineup are all regulars for their club teams, while Sweden cannot say the same.

I give England the edge to advance but like all of these knockout matches, it could be close. The Lionesses blew out the likes of Norway and Northern Ireland. However, against stiffer competition like Austria and Spain, their matches have been much tighter. England to simply advance (-278) offers little value. Instead, I’ll bet the Under 2.5 goals at -148 odds.

This Women’s Euro Semifinals match between Germany and France is basically considered dead-even with the Germans just slightly favored. At +200 odds for the draw, there is a 33.33-percent implied probability of the teams ending level after 90 minutes. To advance to the final, both teams are given identical -112 odds. A low-scoring match is predicted by the oddsmakers with Under 2.5 total goals lined at -155, compared to the Over having odds of +125.

France is ranked third in the FIFA rankings, while Germany is fifth. The Germans are into their tenth semifinals in the Euros, having won 8/12 overall times the competition has been played.

Germany was the biggest favorite to advance from the quarterfinals and they didn’t disappoint Austria. They held 62-percent of the possession, and created 20 attempts at goal, five of which landed on target and two of which found the back of the net.

Lina Maguil put the Germans ahead early in the 25′ minute, while Alexandra Popp sealed it in the 89′ with her fourth goal of the competition. That ranks only behind Beth Mead of England with five. Popp has four goals on 14 shots on just 2.6 xG. All four goals have come near the middle of the 18-yard line.

Alexandra Popp is the first player in Women’s Euros history to score in each of the first four games at a tournament:

The Netherlands won’t be defending their title after falling 1-0 in extra-time to France in the quarterfinals. They conceded a penalty in the 102′ minute from Éve Périsset. France finally broke their streak of being eliminated in the quarterfinals in each of the past five major tournaments.

The fact this match needed 102 minutes and a penalty to decide it was completely ridiculous. France created 33 attempts compared to just nine for the Dutch and led in shots on target 13-1. France led in xG 2.7 to 0.2 after 90 minutes and 4.4 to 0.6 after 120 minutes. The 4.4 xG was the highest of any quarterfinal team and one of the highest xGs of any tournament match.

France get over their quarter-final hex to make the #WEURO2022 semis, sending the reigning champions Netherlands home. pic.twitter.com/EKxyuPzHM6

France have struggled to convert on their chances and have seen their offense dry up considerably since their opening 5-1 thrashing of Italy in the group stage. They scored eight goals during the group stage but five came against Italy and all five came in the first half. Grace Geyoro scored a hat-trick but has failed to record a goal or assist since.

France’s top offensive threat, Marie-Antoinette Katoto notched a goal and assist in that first game. But she exited France’s second game against Belgium with a ruptured ACL.

The last two matches between these sides have been friendlies with each team winning 1-0 and both being played in France in 2021 and 2019. France has never defeated Germany in four competitive matches.

Between these two, only three goals have been conceded and all by France in the group stage. This could very easily be another Under match (-155). But the Germans also look to be in just a bit better form. They haven’t conceded, have extra rest and have one of the top scorers in the tournament. At -112 to advance by any means, that will offer a little better value.