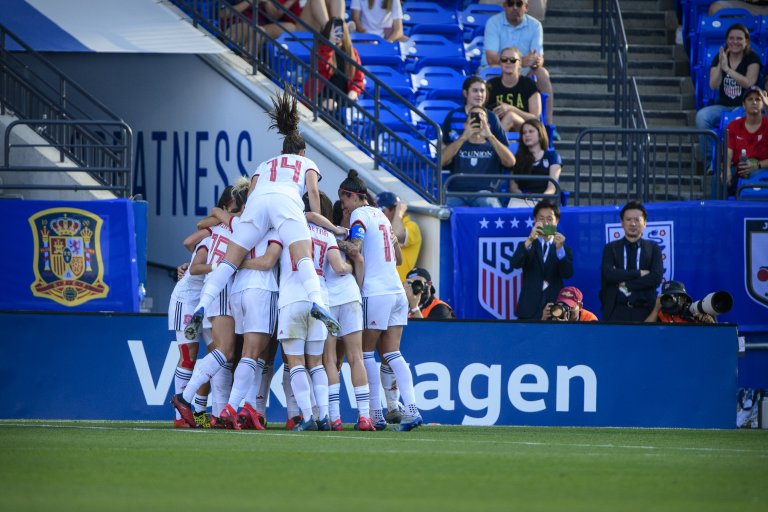 The Women’s Euro Quarterfinals run from July 20-23, 2022
Germany and Sweden are heavy favorites to advance while England and Spain offer a match with two tournament favorites. Meanwhile, France vs Netherlands could create a goal-fest
Read on for the odds and best Women’s Euro picks below

Pre-tournament favorites England and Spain get things rolling on Wednesday while reigning champions Netherlands meet France on Saturday. See the odds for all four of the Women’s Euro Quarterfinals matches and our best bets here.

England got off to a slow start in Group A by narrowly beating Austria 1-0. But then the Lionesses’ offense got rolling with 8-0 and 5-0 wins over Norway and Northern Ireland respectively. Their plus-14 goal-differential was tops in the group stage and they were one of only two teams (Germany) to not concede a goal. Those 14 goals are also a new record for the most scored in the group stage of the tournament.

Only seven players have scored multiple goals through the group stages and England has three of them in Beth Mead (5G, 2A), Alessia Russo (3G), and Ellen White (2G).

Spain has played a solid tournament but has lacked the firepower to finish their chances in the final third without the services of Jennifer Hermoso and Alexia Putellas (both injured).

La Roja beat Finland 4-0 in their opening match, lost 2-0 to Germany and then won 1-0 versus Denmark to book their spot in the Women’s Euro Quarterfinals.

England and Spain are 1-2 respectively in both attempts and attempts on target. They also both play a slow, methodical style, leading the way in 10+ pass sequences in open play.

At home, against the youngest team in the tournament, I see England advancing, but it could be close. England has yet to concede, but 13 of their 14 goals came against an out-of-sorts Norway side and an inferior Northern Ireland team,

Spain has limited their opponents’ chances by only conceding three goals and a total of six shots on target. They’re likely to control the possession in this game as they’ve held 78, 70 and 75 percent of the ball in their matches so far. But Spain scored four of their five goals in their first game against Finland and just once in their next two games.

I think England advances, but Spain should keep this competitive and perhaps they push it to extra time. England to simply advance is only priced at -200 at Barstool Sportsbook, so I’ll instead back a cagey match that falls under the 2.5 total.

After England, the Germans have the second-best goal-differential in the tournament, scoring nine and conceding none. They defeated Denmark 4-0, Spain 2-0 and Finland 3-0 to finish tops in Group B. Alexandra Popp is one of three players tied in second for the Golden Boot with three goals. Their other six goals have come from six different players. So they’re getting goals from all around, even without some of their stars contributing to the scoresheet yet.

Their opponent, Austria, was second in Group A, after a 1-0 loss to England and 2-0 and 1-0 wins over Norway and Northern Ireland respectively.

An experienced Austrian side full of Bundesliga players have been hard to break down, as England found out on Matchday 1. They held England to five shots on target, and Northern Ireland and Norway to two each.

But they’ve still managed to score just three goals, while the Germans have conceded none. Austria may make things difficult at first but should eventually succumb to one of the tournament heavyweights.

This Sweden vs Belgium matchup goes down on Friday, July 22 at 3:00 pm EST. Sweden topped Group C after drawing 1-1 with the Netherlands and defeating Switzerland 2-0 and Portugal 5-0. Belgium have the fewest points of any team that advanced to the Women’s Euro Quarterfinals. They have a 1-1-1 record and finished second in Group D. They drew 1-1 with Iceland, lost 2-1 to France and earned their spot in the quarters with a Matchday 3 win over Italy, 1-0.

5 & 7 – This was Sweden’s joint-biggest win at the UEFA Women’s Euros, equalling their 5-0 victory over Finland at the 2013 tournament as hosts. They have now reached the knockout stages in all seven editions since the format was introduced in 1997. Brawn. #WEURO2022 pic.twitter.com/iwRDgq3UHj

Sweden only allowed two goals through the group stages and just three, three and two shots on target in those three games.

Much like Germany in the match earlier, the Swedes are massive favorites on the moneyline. Unless you look to alternative markets like an Asian Handicap or props, betting Sweden to win will offer little value.

You could always just parlay Germany and Sweden together on the moneyline to get slightly better odds.

Or you could back Sweden to win to nil.

France vs Netherlands is the final Women’s Euro Quarterfinals match on Saturday, July 23 at 3:00 pm EST.

Les Bleues were frist in Group D at 2-1-0. They opened with 5-1 and 2-1 wins over Italy and Belgium, before drawing  Iceland on Matchday 3. Grace Geyoro is tied for the second leading scorer in the tournament with three goals.

The Dutch also earned seven points in the group stages. They started with a 1-1 draw versus Sweden, before two wins, 3-2 over Portugal and 4-1 over Switzerland.

After England and Germany, three teams are tied for the second-most goals scored during the group stages with eight. Two of those are France and Netherlands. France ranked fourth in total attempts after three games, while both teams tied for third overall (six-way tie) in shots on target.

#WEURO2022 has been goals galore so far?

It’s currently the second-highest scoring tournament in history, only behind the five-game competition in 1995! pic.twitter.com/4czWFUq2da

The Dutch have plenty of offense and struggle defensively. They are hopeful of welcoming back star striker Vivianne Mediema who tested positive for COVID-19. Of the eight quarterfinalists, France ranks only ahead of two (Netherlands and Belgium) in xGA and have struggled to get past the quarterfinals of major competitions in recent history.

For each team, all three of their group stage games saw both teams scoring and that is how I will bet this one unfolding.