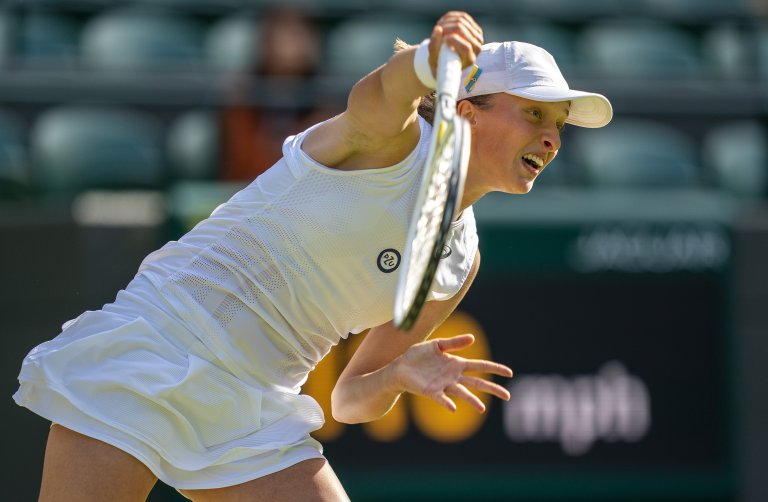 The third round for women’s singles odds at Wimbledon will continue on Saturday, July 2nd
There will be eight matches played
Continue below for odds, preview, parlays. and predictions

The first weekend of Wimbledon is here, and the third round of women’s singles play will continue, with an additional eight matches. Winners of their matches will look to play in the Round of 16 on Monday.

Tournament favorite, who’s Wimbledon odds have just continued to shorten, Iga Swiatek will headline the day, as she goes up against Alize Cornet.

Odds as of July 1st at Caesars Sportsbook.

Continue below for previews with our best bet predictions.

This is the first meeting between these two players, with their head-to-head sitting at 0-0. The two are set to take the court at 6 am ET.

Both players provided upsets in the second round to earn their spot here. Tan has just performed upsets here as she also defeated Serena Williams in the first round.

Harmony Tan’s biggest fan went through all the emotions ?

This should be an exciting match between these two players, that could really go either way. But with the way Tan is playing, and the streak she’s currently on, look for her to win.

This will be the first meeting between these two players, and is sure to be an exciting one.

Tomljanovic has breezed through her first two matches, winning them both in straight sets. As expected she hasn’t been tested all that much, but she did upset 18th seed Jil Teichmann in the first round. She defeated her second round opponent, American Catherine Harris 6-2, 6-2.

With this third round showing, it’s Tomljanovic has reached the third round at a Grand Slam this season. Last year she came up short in the quarterfinals, and will look to beat that this year.

After a tough first set in her opening match, Krejcikova has also breezed past her first two opponents. This matchup will definitely be both players’ first test of the tournament.

In her second round opponent, Krejcikova defeated Switzerland’s Viktorija Golubic 6-3, 6-4, while recording 24 winners.

Both players are capable of winning this match here. With their variety in their games and the power that they hold, look for this match to go the distance.

Kvitova has one the one and only previous meeting between these two. That match was a 2020 Australian Open Round of 64 match that Kvitova won in straight sets.

Kvitova will definitely be Badosa’s first test of the tournament, but the Czech had a little hiccup in her opening set of her first match, where she dropped it, and have to figure out a way to comeback.

Sealed with an ace ?

No.4 seed @paulabadosa is safely through to the third round, beating Irina Bara 6-3, 6-2#Wimbledon pic.twitter.com/PrYuUU4eRO

This is going to be another exciting matchup in the third round. Both players’ serves have been on display so far this week, and continue to be an asset to each individual’s game. Despite being the fourth seed, Badosa is not the favorite heading into this match. This might have to do with how they’ve played against their opponents this tournament, and their previous match.

Kvitova has the slight edge here, and look for her to win in straight sets.