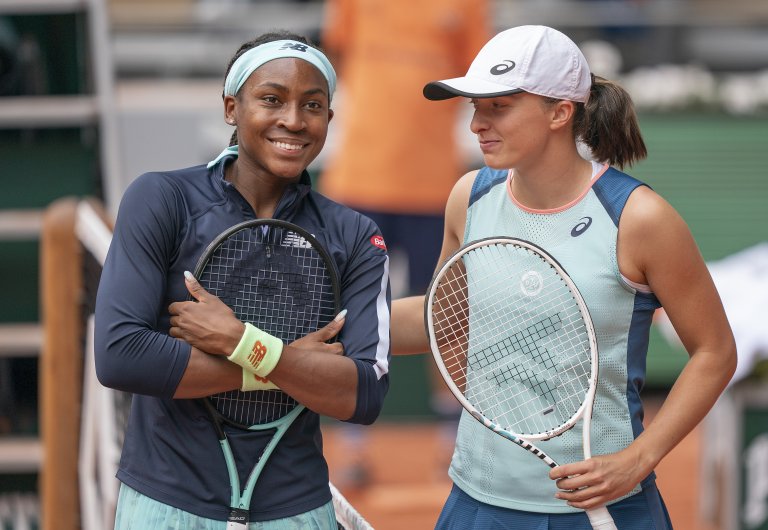 Round two continues on June 30th for women’s singles play at Wimbledon
16 matches are on the slate
Continue below for odds, preview, parleys, and predictions

Day 4 of Wimbledon will continue with the second day of second round women’s singles play. An additional 16 matches are set to be played, with some superstars headlining the day.

Tournament favorite, who’s Wimbledon odds just continue to shorten, Iga Swiatek will look to take on Lesley Pattinama Kerkhove. But all eyes might be on Harmony Tan, who sent home Serena Williams in the opening round.

Odds as of June 29th at Caesars Sportsbook.

Continue below for three match breakdowns and parlays for Day 4.

This will be the first meeting between Liu and Cornet, as their head-to-head record sits at 0-0. The two will go face off at 6am ET tomorrow.

Liu is coming off a straight set win over Nuria Parrizas-Diaz, winning 7-5, 6-3. The 22-year old did so in just over an hour. On route to the win, Liu recorded 26 winners and 26 unforced errors, in comparison to her opponent’s only eight winners and 24 unforced errors.

Cornet continues to be solid on grass, as she defeated Yulia Putintseva 6-3, 7(7)-6(5), in just about an hour and a half. Prior to Wimbledon, Cornet had a semifinal showing in Bad Homburg.

Cornet comes into this match with more experience, and frankly a better grasscourt season so far. Liu will give her a little trouble at times during this match, but Cornet should be able to move on fairly easily.

This will also be the first meeting between these two players.

Andreescu’s riding a bit of a high at the moment, having won 12 of her 18 matches played this year. She entered Wimbledon coming off a final appearance at the Bad Homburg Open, giving her some momentum on the grasscourt.

The young Canadian defeated American Emina Bektas 6-1, 6-3, to earn a spot in the second round. She recorded five aces, and contained a 91 win percentage on her first serve. If she’s able to keep that up, she’ll be tough to play against.

ADVANCE: 🇨🇦 Bianca Andreescu is moving on with a straight-sets victory over 🇺🇸 Emina Bektas.#Wimbledon2022 pic.twitter.com/OQSCGHxlqt

Rybakina herself has found some success this year as well, having owon 21 of 33 matches she played. The 17th seed came off a first round exit at the Eastbourne International, but most recently defeated lucky loser CoCo Vandeweghe 7(7)-6(2), 7-5, to earn a spot in the second round.

This match looks to be an exciting one, but you have to give the edge to Andreescu. The 22-year old has had a pretty good grasscourt season so far. That confidence mixed with the variety in her game, looks to be the perfect mix to move on.

This is the third time Boulter and Pliskova will go up against each other, and the second time this year. They currently split their head-to-head record 1-1, with Pliskova winning their first match back in 2018, and Boulter taking their most recent. Both their previous meetings went the distance.

2021 runner up Karolina Pliskova wins the two games played today, beats Tereza Martincova 7-6(1), 7-5 to reach the 2nd round at Wimbledon.

Back tomorrow to face British Katie Boulter — won’t be surprised if it’s on Centre Court.

Pliskova was the runner up here last year, and this second round match is sure to be an exciting one.

Neither player is phenomenal on grass, but have played well enough to secure a couple wins on the surface. Pliskova has a bit more experience and success here at Wimbledon with her run last year. Boulter’s best showing is the second round.

Regardless of the winner here, based on previous play and their matchups, look for it to go the distance.