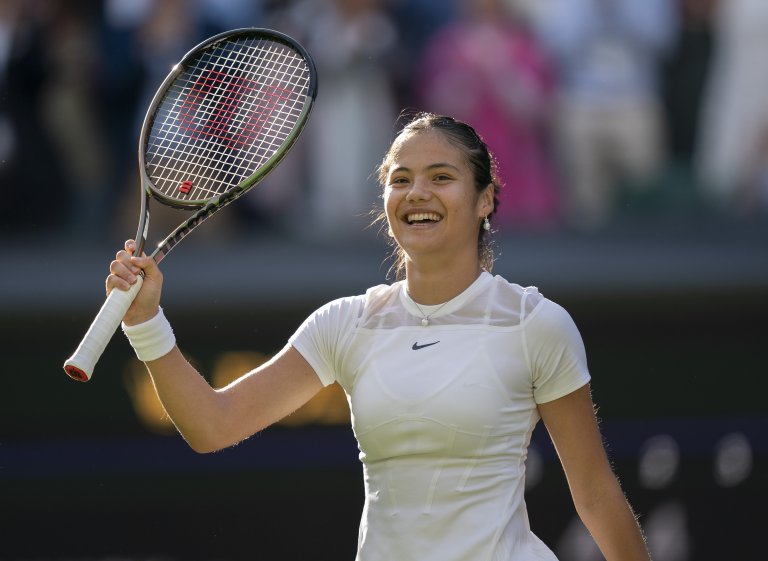 Round 2 of women’s singles play at Wimbledon begins on Wednesday
16 matches are set to be played
Continue below for odds, match preview, parleys, and best bet predictions

Wimbledon continues with Day 3 on Wednesday, June 29th. For women’s singles play, Day 2 wrapped round one, and the second round will begin. 16 matches are on the slate for the day, with a handful of seeded players playing.

It’s still early on in the tournament, and the opportunity for upset is very much there.

Odds as of June 28th at Caesars Sportsbook.

Below we break down three matches, highlighting the best bet, which is followed by a few parlays.

These two fellow countrywomen have never played each other before, and will go head-to-head in the second round of Wimbledon. The two are set to take the court at 6:00 am ET tomorrow morning.

Kalinina went on to defeat Hungary’s Anna Bondar in three sets to earn her spot in the second round. She won 4-6, 6-2, 6-4, piecing together a comeback after dropping the first set.

Tsurenko is coming into the second round after a more straightforward win, defeating wildcard Jodie Burrage.

This should be an interesting match between these two players. Both players are coming off quarterfinal showings at Eastbound International. But Tsurenko is showing a bit more of an edge, and having come off an easier win, look for her to move on.

Much like the previous matchup, this is also Niemeier and Kontaveit’s first meeting.

This should be an interesting match up. One might think that Kontaveit would the heavy, heavy favorite, but it’s actually a bit closer than expected.

Niemeier’s best showing at a tournament this year is a second round exit just recently at the Bad Homburg Open. But since testing positive for COVID in April, Kontaveit has struggled a bit, and didn’t participate in any grass tournament leading up to Wimbledon.

Playing her way back into form and fitness (recovering from Covid) as she picks up her first outdoor win since March (Indian Wells) pic.twitter.com/jW7AUW8QZ2

The 22-year old German opened her tournament up against Wang Ziyu, winning 6-1, 6-4, to record her first Grand Slam win.

Kontaveit defeated American Bernarda Pera 7-5, 6-1, in her opening match, and had to save a total of four match points in that first game of the match.

Is Kontaveit back? Or will Niemeier get the best of her? Either way, this is a match that has the opportunity to go the distance.

This is the second meeting between Garcia and Raducanu. Their one and only previous meeting came earlier this year in Indian Wells where the two went head-to-head in the round of 64. Raducanu ended up winning the match in three sets.

A year ago was when the young Brit made a splash in the tennis world with her own cinderella story that took her to the Round of 16 as a wildcard. The success continued when she ultimately went on to win the US Open.

But unfortunately since then, she has yet to really find success. Riddled with injury over the past few months, she’s been unable to gain any sort of momentum. Her Wimbledon odds coming into the tournament weren’t great at all.

But it was on Monday where she made her debut on Centre Court, and went on to defeat Alison Van Uytanack 6-4, 6-4.

Garcia on the other hand will bring experience into this match. The former World No. 4 has struggled over the past, but found herself success most recently at Bad Homburg, capturing the grass title prior to Wimbledon.

She’s coming off an incredibly close three set win over Yuriko Miyazaki, which saw her comeback from down a set.

Given the two’s past play, both have the opportunity to win this match, but look for it to go the distance.