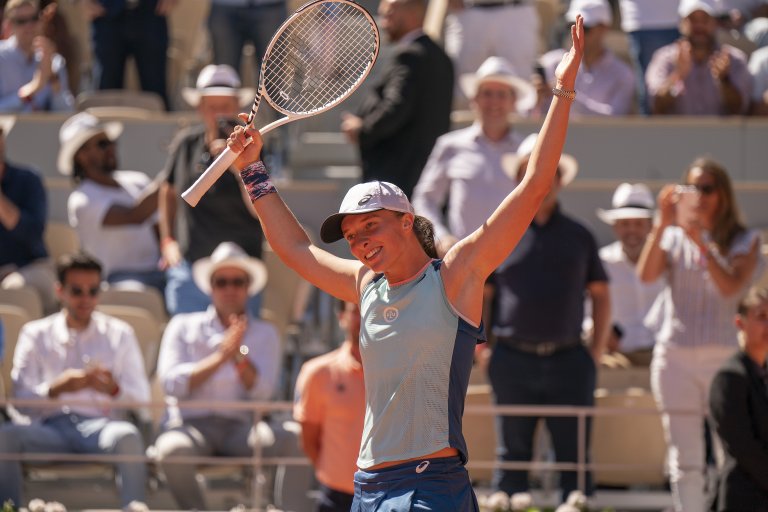 The third Grand Slam of the year is here already, and all the top players are coming out to London. The tournament’s main draw play is set to take place from June 27th-July 10th at the All England Lawn Tennis and Croquet Club.

A player many will be watching is Serena Williams, as the 40-year old is making her highly anticipated return. But she is just one of the many player stories that will unravel over the next two weeks.

Odds as of June 25th at DraftKings.

To no one’s surprise, Iga Swiatek leads the way with +160 odds to win the tournament. Her Wimbledon odds have just been steadily shortening over the course of the year.

The Return of Serena Williams

Seven-time champion Williams will be making her return to Wimbledon after a less than ideal injury retirement during the 2021 tournament. Last year Williams tore her hamstring in the first round.

With her return to the court, the American is still after that 24th Grand Slam singles win, and after taking some time to heal, could 2022 be the year?

Serena has her ? on number 24 #Wimbledon | @serenawilliams pic.twitter.com/X1LRyc9LVj

Williams’ draw is a bit of a tough one, as the second quarter also has Simona Halep, Karolina Pliskova, and Paula Badosa. But she will open up against Harmony Tan, and her first seeded player she could see would be Sara Sorribes Tormo.

It’s not an easy path, but it will definitely be something that many people keep a close eye on. And really, if anyone has the experience of this tournament it’s Williams.

The No. 1 seed, and favorite to win the tournament, Swiatek has a pretty straightforward draw in the first quarter. The Pole will open up against qualifier Jana Fett.

Swiatek doesn’t look like she’ll really be tested until the third round, where she could possibly see Alize Cornet. Cornet has been playing pretty well as of late, including an impressive showing just this past week in Bad Homburg.

From then on it obviously gets tougher. She could then possibly see Barbora Krejcikova in the fourth round.

What will be interesting about Swiatek is her opening match here will be her first match on grass this season. The 21-year old has been practicing on the court surface for about 10 days now, but has yet to play a match.

But she’s still riding her 35-match win streak. And if she wins her first two rounds here at Wimbledon, she’ll hold the longest win streak on tour since 1990.

Aside from Swiatek and Williams, a few other players that would be considered more of a dark horse or someone who could disrupt and make a run, would be Bianca Andreescu and Coco Gauff.

Despite not winning the title at the Bad Homburg Open, Andreescu had quite the tournament, making the run to the final without dropping a set. The 22-year old is still struggling with closing out a tournament, but that doesn’t mean that she can’t upset a few players during the course of the tournament.

The young American has been in the mix for most of the year now, and she’s come this close at a few tournament. Racking up semifinal and final appearances have just given the 18-year old more and more experience and confidence that could do her well in London.

Emma Raducanu (+140). Raducanu will be playing in front of a home crowd. That with her serve and return game, make her a tough player to go up against.
Over 2.5 sets (+130). Danielle Collins vs Marie Bouzkova
Lin Zhu (+120). Zhu is opening up against a qualifier,