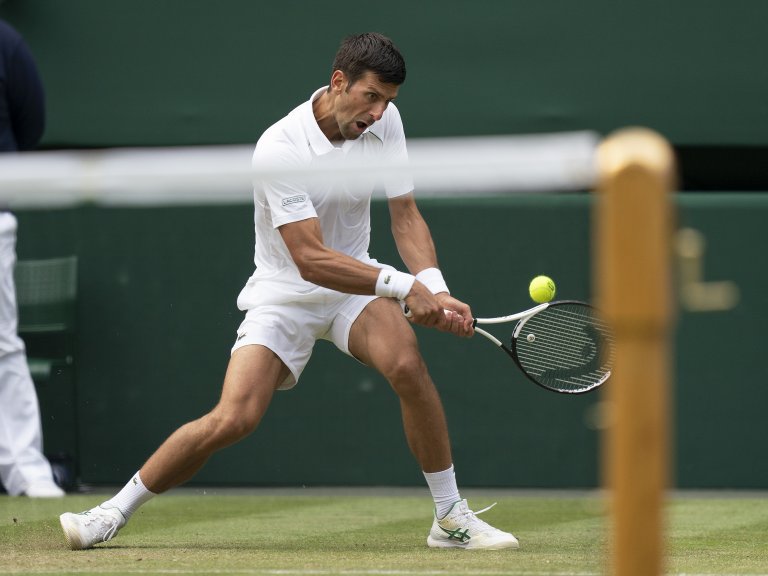 Novak Djokovic remains the favorite, but there is competition in his half of the draw
The “young-gun” clash between Sinner and Alcaraz will be the most-anticipated match of the day
Below, see the Wimbledon round of 16 odds, picks, and predictions

There are some fascinating players – and matchups on July 3 as the top half of the men’s draw plays its round of 16 matches.

Until this year, the middle Sunday at Wimbledon was an off day. This is the first time in its history (save for a couple of years made necessary by rain backing up the schedule the first week) that play is scheduled on that day.

Wimbledon Men’s Round of 16 Odds

Odds as of July 2 at Caesars Sportsbook. See all the Wimbledon odds with the best tennis betting apps.

Novak Djokovic was the overwhelming favorite to win the entire event before it began; nothing has changed.

The American Paul, playing the best tennis of his life, is a supremely smooth mover who will thrive on the grass during his career.

Seeded for the first time, he has made quick work of a big variety of opponents: lefty Fernando Verdasco, smooth lefty Adrian Mannarino, and powerful lefty Jiri Vesely.

And here he is playing his fourth consecutive lefty in No. 9 seed Cameron Norrie.

It goes without saying that not only is that rare, it’s also the best possible preparation he could have.

They’ve played four times on hard courts, and are 2-2.

But Norrie will have the crowd on his side – and the pressure of his country weighing him down.

Paul plays as though he just got out of bed, hasn’t had his coffee yet and doesn’t care about too much until that delivery arrives.

He is due for this kind of upset.

The odds are overwhelming in Djokovic’s favour for this one – befitting the man who was a huge favorite to win the entire tournament before it began on Monday.

But Tim Van Rijthoven, who came out of nowhere to win his home-country grass-court event in ‘s-Hertogenbosch two weeks before Wimbledon as wild card, is backing up that effort with style.

Still ranked just No. 104, and unable to earn any points at this year’s Wimbledon, Van Rijthoven has rolled through Federico Delbonis, No. 15 seed Reilly Opelka, and powerful No. 22 seed Nikoloz Basilashvili.

And he’s done it looking not only as though he belongs, but barely breaking a sweat.

Djokovic has too much experience to let this danger match get away. And Van Rijthoven is going to find out just what the difference in level is between the top-10 players he beat on grass at home (Félix Auger-Aliassime, Daniil Medvedev) and the legend who has won the last three editions of Wimbledon.

What Tim van Rijthoven of the Netherlands has accomplished during the last month does not just border on the absurd — it is the definition of absurd. https://t.co/w6uHFrmHTt

Van Rijthoven is the only player to win 90 percent of his first-serve points at Wimbledon so far. But he has yet to face the best returner on the planet.

This is a matchup that most people would predict will be happening at the business end of major tournaments for the next decade.

Although when Sinner was 18, people were talking about him almost as reverently as they are now about Alcaraz, who just turned 19.

But Alcaraz, who already has all-court skills, would seem the more natural grass-court player.

And he has already beaten Sinner twice: on a quick indoor hard court last fall, and on clay at a Challenger when he was just 16.

At least on paper, it sets up to be a relatively routine victory for Alcaraz, especially as Sinner didn’t have a grass-court prep season because of an injury and has had some growing pains in 2022.

Meanwhile, Alcaraz is still playing most often with the insouciance of his greater youth.