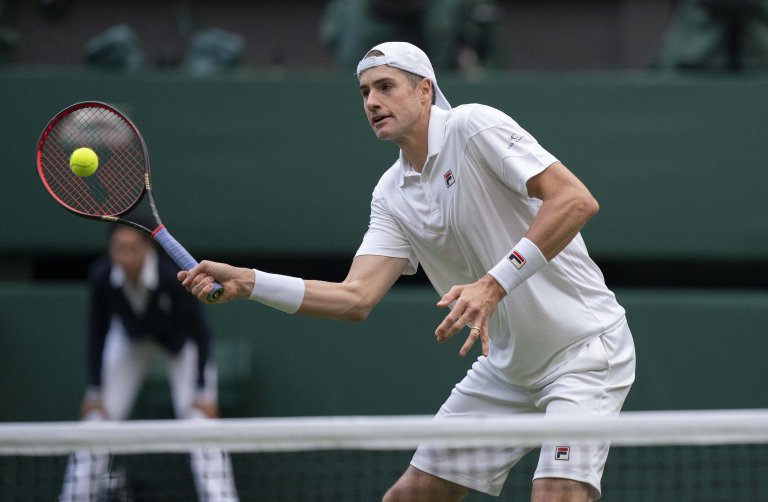 It’s the third round, and the seeds – what’s left of them – begin to meet at Wimbledon July 1
Of the 16 seeds in this half, 10 remain – including No. 1 Novak Djokovic and No. 5 Carlos Alcaraz
Read on as we break down these third round matchups, and look for betting value from Wimbledon Day 5

No. 1 seed Novak Djokovic is the only player amongst the eight matches on tap July 1 during Wimbledon Day 5 to have overwhelming odds of victory.

Everyone else, all fighting to get into Wimbledon’s second week, looks to have a battle on their hands.

Odds as of June 30 at Barstool Sportsbook. See all the Wimbledon odds with the best tennis betting apps

Nothing has changed from the pre-tournament favorites list. Djokovic remains the biggest favorite to win his seventh Wimbledon title, and his fourth in a row (not counting 2020, when the tournament wasn’t held).

Among the surprises in this half are Ugo Humbert, who has struggled with what he says might be an adverse reaction to the COVID-19 vaccine and has had a terrible year.

There also is Tim Van Rijthoven, the Dutchman whose first career title (in a tournament in which he posted his first career ATP Tour-level win) at home on grass earned him a wild-card nod from the Wimbledon decision-makers.

He has done nothing but make them look good. He’s creeping up the Wimbledon odds board – slightly. But the favorites remain the favorites.

For Friday’s parlay, we’re looking at three underdogs who aren’t worth that much individually. But as a tennis parlay, they could pay off big time if they all come in.

The veteran Richard Gasquet over No. 21 seed Botic Van de Zandschulp
Another veteran, Steve Johnson, who’ll want to burst No. 9 Cameron Norrie’s bubble after his emotional second-round win
And big-serving Jiri Vesely, who could overpower No. 30 seed Tommy Paul.

But if he can come close to the level he displayed against Andy Murray in the second round – and if the ol’ body holds up, he’ll win.

Sinner is much younger, and faster, than Murray is. But he’s also a far less experienced grass-court operator (especially on the return). And he’s not coming in with much tennis.

Isner’s serve rarely lets him down. And he’ll force Sinner to come up with the goods, time after time.

Their only meeting on the ATP Tour came nearly a year ago in Cincinnati, in hot conditions on a reasonably quick court. And Isner came back from the brink to win that one.

How to choose between two players who have had their travails in the last year or two, but are back on the come-up?

He’s 5-15 on the year, lost in the first round of his first five ATP events in 2022, and hadn’t won back-to-back main-draw matches until this week at Wimbledon, He won a total of one match in three grass-court tournaments coming in.

And yet, Goffin is the slight favorite in this one. Because everyone knows what grass-court skills Humbert has.

Humbert has a win in their only previous meeting, when he routined Goffin 6-3, 6-1 on the Belgian’s home turf in Antwerp.

Goffin has a decent record vs. lefties; he also has lost to Alex Molcan, Adrian Mannarino and Liam Broady this year. And Humbert is better than all of them.

Shoes, hat, bag. Ugo Humbert arrived on Wimbledon’s No.2 court with most of the essentials needed for his second-round match against Casper Ruud — except for his racquets. https://t.co/98jQciGZiC

Meanwhile, grass is the only surface (albeit with a smaller sample size) on which Humbert has a better-than-.500  record.

He’s had some tough losses on it recently. But pulling out a five-setter in his first round Monday – and then upsetting Casper Ruud (a pretty weak No. 3 seed for a grass-court event) – seems to have helped those old winning habits kick in.

Still, we predict this one is going to take a while.