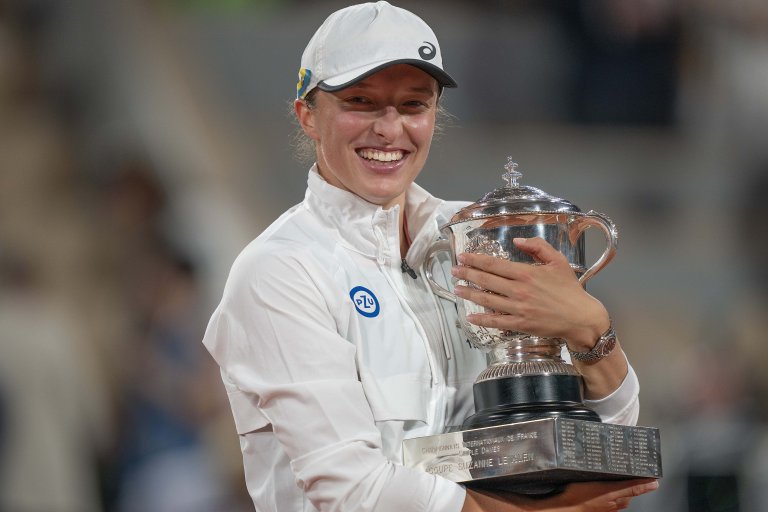 With the retirement of defending champion Ashleigh Barty, the women’s singles draw at Wimbledon would appear to be accessible for a newcomer to make her mark on the grass of the All England Lawn Tennis and Croquet Club.

Could that woman be Iga Swiatek, the new world #1 in the WTA rankings? The Polish sensation has won 35 matches in a row. She recently took the French Open title for a second time. But Will Swiatek step to the fore at Wimbledon?

Oddsmakers are certainly in her corner. Swiatek, the top seed in the Wimbledon odds, is the odds-on -240 favorite in the Wimbledon women’s singles first quarter odds. American Coco Gauff, losing finalist to Swiatek at Roland Garros, is the +250 betting choice in the second quarter.

Listing at favorite’s odds of +160 in the third quarter is Tunisia’s Ons Jabeur. And it will be veteran Jelena Ostapenko of Latvia who gets the +240 nod in the fourth quarter.

Check out the best tennis betting apps for all the latest picks for the tournament.

Swiatek On Grass Not A Winning Match

For all of her accomplishments, Swiatek has yet to make a run of any circumstance at Wimbledon. She’s a middling 3-2 in the event. Last year, Swiatek made it to the fourth round for the first time in her career. She was the 2018 Wimbledon junior women’s champion.

Can @iga_swiatek extend her winning run & remain undefeated for her maiden #Wimbledon ? in 2022?
#CentreCourt100 I Starts June 27 I Star Sports Select & Disney+Hotstar pic.twitter.com/6vf0aOtSVQ

If it’s not going to be the world #1 who comes out of the first quarter, then who?

Spain’s Garbine Muguruza (+900) was the 2017 champion and always seems to give a good accounting of herself on grass courts. Australia’s Alja Tomljanovic (+5000) was a quarterfinalist last year.

American Coco Gauff reached her first Grand Slam final in Paris. She’s twice made the fourth round at Wimbledon.

This is a crowded quarter, deep in talent. Who could be the winner?

Well, how about 2019 winner Simona Halep (+350)? Or could it be seven-time winner Serena Williams? She’s playing her first tournament since last year’s Wimbledon.

It’s been a breakthrough year for World #2 Jabeur. She’s won three tournaments, played in eight finals and is looking to make a strong showing in the world’s best tennis events. The Tunisian was a quarterfinalist a year ago – her best finish at Wimbledon.

All eyes will be on the local favorite. Brit Emma Raducanu (+900) is the reigning US Open champion.

If you’re looking for value from your tennis bets, this might be the quarter to make that play. Favorite Ostapenko most recently won her quarter in this tournament in 2018.

Olympic champion Belinda Bencic (+500) is a savvy grass-court performer. However, it’s Beatriz Haddad Maia (+400) who owns more wins on grass this year (13-1) than any WTA player.