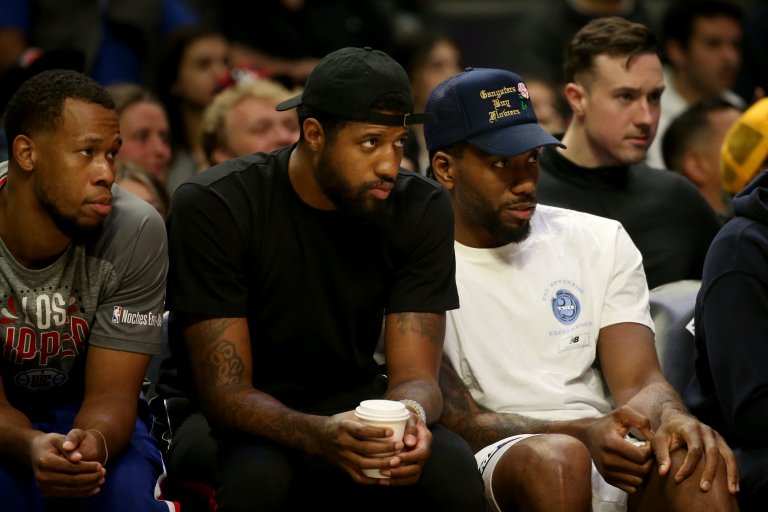 The Los Angeles Clippers have been searching for that winning formula for several years now. Oddsmakers appear to be of the opinion that LA’s other NBA team might finally be on the right track.

The odds of the Clippers winning the 2022-23 NBA title have shortened to +650 in the NBA championship odds. That’s tied with the Golden State Warriors for the third-shortest odds and the best betting line of any Western Conference club.

The Clippers have never played in the NBA Finals. They reached the conference final stage for the first time in franchise history in 2020-21 but lost in six games to the Phoenix Suns.

Is It Finally Finals Time for the Clippers?

Ever since their days in the 1970s as the Buffalo Braves, when the club suited up Bob McAdoo, Randy Smith and Ernie DiGregorio, this franchise has frequently been touted as being on the verge of greatness. But greatness never arrives.

Why should the NBA betting this time be any different for the Clippers? Well, for starters, there’s the belief that Kawhi Leonard and Paul George will both be healthy going into the 2022-23 NBA season.

It appears that this is the sequence that altered Paul George’s season — and in turn, the season of the 2021-22 LA Clippers.

George did not attempt a 3-pointer for rest of this game, took two weeks off, came back for two games, then was diagnosed with torn UCL in right elbow. https://t.co/oXpf6A57Y2 pic.twitter.com/C2uJlJwLjI

Seven-time NBA All-Star shooting guard George, 32, missed 50 of the final 57 games of the season due to a UCL injury. Small forward Leonard, a two-time NBA Finals MVP, sat out the entire season following ACL surgery. He hasn’t played more than 60 regular-season games in one campaign since the 2016-17 season.

With those two regaining their health, the addition of five-time NBA All-Star point guard John Wall, 31, gives the Clippers a trio of stars and that formula seems to be the path to success when it comes to winning NBA titles.

If they can all stay healthy and productive, the Clippers will be a force to be reckoned with, but let’s face facts – based on their respective histories, that’s a big if.

NBA finalists in 2020-21, the Suns were looking to be a player away for getting over the hump in the NBA odds. Hump day appeared to have arrived when rumors sprouted that Phoenix would be the team landing disgruntled superstar Kevin Durant from the Brooklyn Nets.

Durant is both a regular-season and NBA Finals MVP. He’s also a past scoring champ and is listing at +1300 in the current NBA MVP odds. He would’ve been a big get. In fact, the NBA championship odds on the Suns shortened to +600 when it appeared Durant would be theirs.

In honor of Deandre Ayton signing his new deal to stay with the Suns today, here’s the greatest play in Suns history, courtesy of…

Instead, though, he became the one that got away. Durant hasn’t been traded yet but now that the Suns are keeping Deandre Ayton on the roster, there doesn’t appear to be cap space to make a move for Durant.

A track record is hard to ignore and in the case of the Clippers, that track record is showing them persistently finishing up the track. No matter what move they make, it never turns out to be the right one.

“I’m live from LA, home of seven professional teams… and the Clippers.”

Draymond Green at the ESPYs ?pic.twitter.com/lUVi2K62rE

LA lists a half dozen players with 10 or more years in the league. They are an old machine that frequently breaks down and the biggest stars on the Clippers are most often afflicted by this malady. That’s not a recipe for success when trying to grind through four rounds of playoff basketball.

The battle-tested Warriors, talented Suns and even the up-and-coming Memphis Grizzlies are all better bets than the Clippers to come out of the deep West.