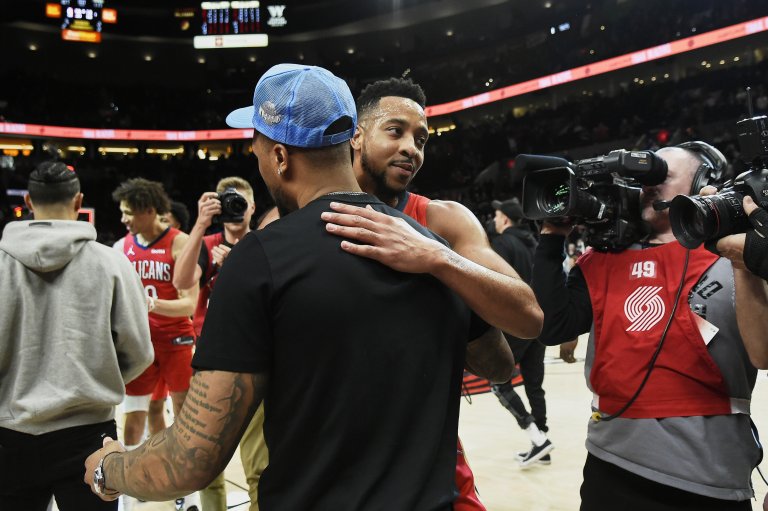 The Portland Trail Blazers are given odds of +10000 to win the 2022-23 NBA championship
Portland has finished below .500 in two of the past three seasons
The over/under on total wins for the Trail Blazers next season is 40.5

The last time the Portland Trail Blazers were playing in the NBA Finals, Bill Clinton was making his initial run at the White House, CDs were becoming the preferred medium for music and the first web browser was made available to the public.

In the NBA odds, oddsmakers don’t foresee either of those droughts coming to an end during the 2022-23 season. The Trail Blazers are given a +10000 betting line in the NBA championship odds.

Between 2013-14 and 2018-19, Portland posted six successive winning seasons. The Trail Blazers won four playoff series during that span. This run of success culminated in a 53-win season and an appearance in the Western Conference final in 2018-19.

Then the Trail Blazers went completely off the rails. They slumped to 35 wins in 2019-20. Last season, under new coach Chauncey Billups, Portland was 27-55 and 13th overall in the West. That was the club’s worst finish since 2005-06. The Trail Blazers missed the playoffs for the first time since 2013.

They did win a championship in 2022, though. Portland won the NBA Summer League title.

NBA powerhouses are built around superstars. For years, the Trail Blazers were led by the 1-2 backcourt punch of Damian Lillard and CJ McCollum.

That pairing came to an end in 2021, when McCollum was dealt to the New Orleans Pelicans. Portland never seemed to be able to find that third piece of the puzzle to go with their backcourt sensations and put the team over the top into title contention. However, moving on from McCollum also ended up moving the Trail Blazers further away from that status.

“I love Dame. I love his game. I respect him for doing what he’s doing. But at the same, it’s like ‘are you just going to rot in Portland, bro? you are unbelievable'”

JR Smith weighs in on Damian Lillard staying with the Blazers 👀

At one time, Lillard would get action in the NBA MVP odds. Five times, he finished in the top 10 in MVP voting. Lillard agreed to a two-year, $127 million contract extension that will be keeping him in Portland until 2027.

Today, though, he is a lonely superstar. Offseason moves saw Portland add guard Gary Payton II from champion Golden State and forward Jerami Grant from Detroit. Kentucky guard Shaedon Sharpe was the first-round draft pick of the Trail Blazers but he hurt his shoulder five minutes into his first NBA Summer League game. These aren’t acquisitions that will be making Portland into a contender in 2022-23.

Season wins totals on Portland are set at 40.5. If the Trail Blazers are able to get over that number and fight their way into a play-in game for the NBA postseason, it will be a successful campaign.

If you’re thinking about betting Portland to win the NBA Championship, maybe consider a safer, more stable investment, like the cryptocurrency market.