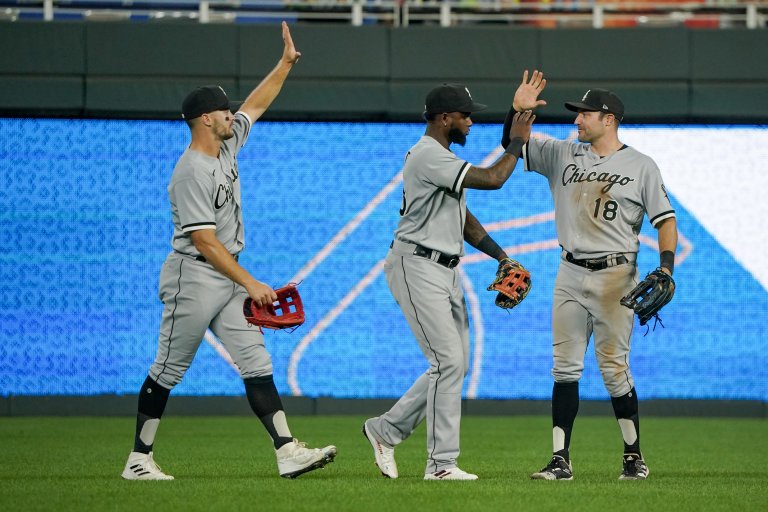 If the Chicago White Sox (56-54, 31-25 away) are going to make the playoffs they’re going to need to take advantage of their incredibly favorable schedule this month. The White Sox are currently in the midst of a 19-game stretch versus sub .500 teams, which should give them plenty of opportunity to make up ground on the clubs they’re chasing.

Chicago entered play on Wednesday night 1.5 games back of the AL Central lead, and will look to inch closer to top spot when they face the Kansas City Royals (45-66, 26-32 home) on Thursday.

The White Sox opened up as massive -180 moneyline favorites, in a game with a total of 8.5. First pitch is scheduled for 2:10 pm ET at Kauffman Stadium in Kansas City, Missouri, with clear skies and 86 degree game-time temperatures in the forecast.

Tony La Russa’s club will give the ball to AL Cy Young odds contender Dylan Cease, who’s been brilliant this season. The 26-year-old ranks third in MLB in ERA and strikeouts, and has allowed five earned runs total in his last 76 innings. No that is not a typo.

Last time out he held the Rangers to two hits and a single run over 6 innings of work, and he’s completely owned the KC batters this season. Cease is 1-0 in two starts versus the Royals, yielding two runs in 11.2 innings while striking out 18.

Royals hitters have a career .243 average against him, striking out in 38.5% of their 96 at-bats. As we’ll explore later, KC is short on pop in their lineup and will be hard pressed to put up much of a fight against Cease.

Things haven’t gone nearly as smooth for Zack Greinke in his 19th MLB season. The 38-year-old is on pace to post his highest ERA since 2005 and his worst WHIP since 2006.

He’s averaging a pedestrian 5.1 strikeouts per 9 innings, while opponents are hitting .280 off him. That’s the highest average he’s yielded since 2006, and his recent outings haven’t been pretty.

Greinke allowed seven runs over 9.2 combined innings versus the Red Sox and Yankees in his last two starts, but he has fared well against the White Sox in the past. He held them to two runs over 5.2 innings when he last faced them in May, while Chicago batters have a career .192 average versus him in 122 at-bats.

The White Sox currently boast a +4000 price tag in the World Series odds, despite their lineup underperforming. Chicago ranks below league average in runs per game this season, and bottom-12 in slugging and OPS.

Things won’t get any easier over the next month and a half as Tim Anderson is expected to miss six weeks with a broken hand. Anderson leads the team in average, and ranks fourth in WAR.

Breaking: The White Sox placed All-Star shortstop Tim Anderson on the 10-day injured list with a sagittal band tear on the middle finger of his left hand, the team announced today. pic.twitter.com/vj4ZtJ6ZNR

The White Sox entered play on Wednesday night with a 7-6 record this season versus the Royals, but are averaging only 3.5 runs in those 13 contests.

KC on the other hand unloaded Whit Merrifield and Andrew Benintendi prior to the trade deadline, after trading Carlos Santana a month earlier. That leaves the Royals without many household names in their lineup which won’t help their awful 2022 stats.

Kansas City ranks bottom-10 in slugging and OPS and are averaging just 3.9 runs per game. Their -122 run differential is the third worst in the AL, while no American League team has surrendered more runs than the Royals.

These two teams have produced a total of five runs or less in each of their past three meetings. With the way both teams are swinging the bats, and the fact that one of the best pitchers in baseball is on the mound for Chicago, we should definitely be looking at under 8.5 runs in this matchup.

Six of Cease’s last eight starts have produced a total of eight runs or less, while the under is 9-2-1 in the White Sox’s last 12 games.

KC meanwhile, has seen 61% of its divisional games fly under the total, while the under is 8-3 in their last 11 home tilts.