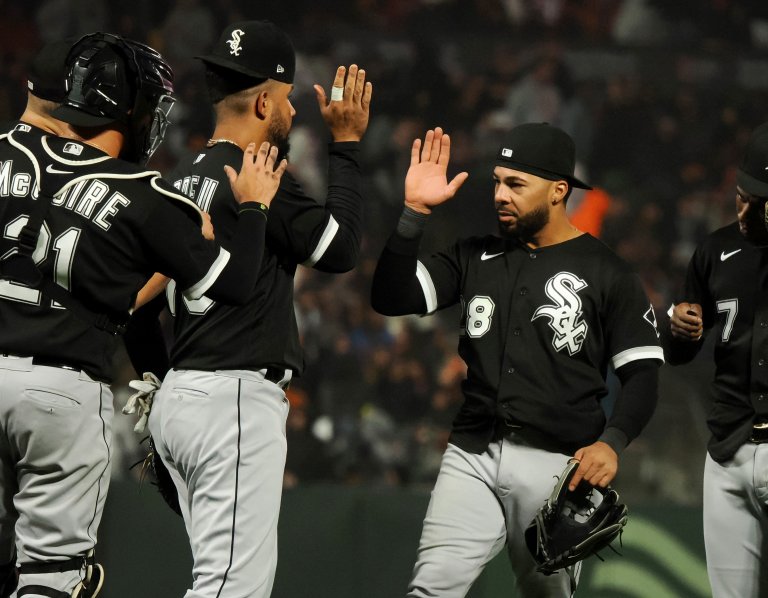 The Giants are -140 home favorites over the White Sox on Saturday
Dylan Cease (6-3, 2.56) will start for the White Sox against Logan Webb (7-2, 3.04)
A look at the odds and matchup can be found below with a prediction

Odds as of July 1st at Caesars Sportsbook.

It is expected to be a breezy day with the weather forecast calling for winds from the west at 22-26 mph with gusts to 34 mph along with mostly sunny skies and a high of 64 degrees.

Cease has been outstanding of late with a 2-0 record and 0.50 ERA in his last three starts.

Cease set a career-high with 13 strikeouts last Sunday when he beat the Baltimore Orioles at home. He gave up one run on four hits and issued only one walk.

Dylan Cease is getting cocky with it pic.twitter.com/QTFxDiwSDM

This will mark Cease’s first career appearance versus the Giants.

Webb has even been better than Cease in his last three starts, going 2-0 with a 0.45 ERA.

Last Saturday against the Cincinnati Reds in San Francisco, Webb allowed only one unearned run on two hits in six innings. He had six strikeouts and two walks.

Webb will be facing the White Sox for the first time in his career.

White Sox hitters are 1 for 11 combined against Webb, including AJ Pollock going 1 for 8 with a double. Giants batters have just three at-bats combined versus Ceaase.

The White Sox’s Leury Garcia hit a two-out RBI single in the top of the ninth inning Friday night to account for the game’s lone run.

Garcia and AJ Pollock each had two of the White Sox’s six hits. The Giants managed just three hits while being blanked.

The Giants called up infielder Jason Vosler from Triple-A Sacramento and he started at third base to give veteran Evan Longoria a break.

Friday marked the teams’ first meeting since 2017. The White Sox have nine of 11 games from the Giants since 2008.

In a matchup between two of the hottest pitchers in baseball, let’s give the lean to Cease as an underdog based on his outstanding record this season both on the road and in the day.