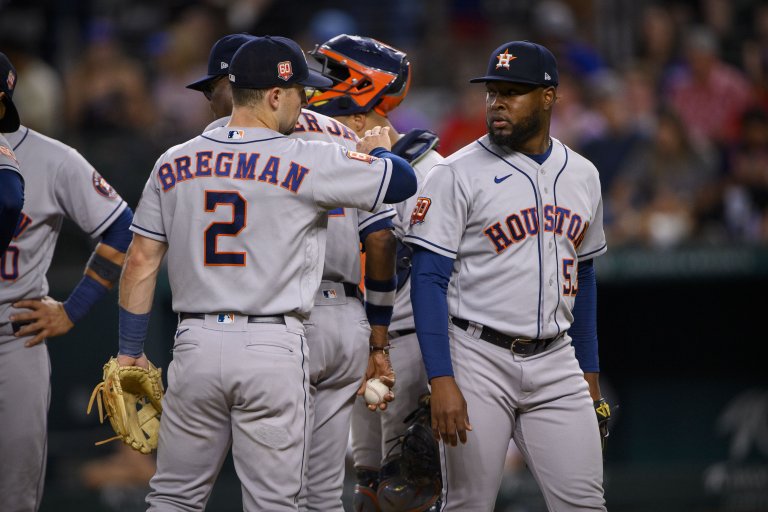 Sunday Night Baseball brings the rubber match between the Chicago White Sox and Houston Astros at Minute Maid Park. The first pitch is set for 7:08 PM ET. ChiTown surprisingly shut down the Stros on Saturday, blanking them 7-0.

We have an intriguing matchup on the mound as Michael Kopech takes on Cristian Javier.

Odds as of June 18th at Caesars.

Houston is the favorite here with -160 odds on the moneyline, winning three of the last five against the White Sox.

Chicago’s rotation hasn’t been great in 2022. However, Kopech is certainly enjoying a solid campaign of his own. The hard-throwing righty is 2-2 with a stellar 1.92 ERA in 11 starts. He’s also struck out 51 hitters in 51.2 frames. Command is still a problem though, walking 24.

Kopech ended up exiting his last outing on June 12th after just 0.2 innings with knee soreness, but thankfully he’s good to go here. The Astros are basically a team he’s never really faced, throwing one scoreless inning in relief against them.

Javier is also pitching very well this season. In 12 appearances (eight starts) the Dominican owns a 3-3 record and 3.20 ERA in 50.2 innings of work. He’s managed to sit down 63 hitters via the strikeout and surrender 19 free passes. It’s also important to note that his ERA dips to 1.98 at home in 22′.

He once again gave Houston another consistent outing six days ago, tossing six frames and allowing just two runs to the Rangers. However, he’s yet to pitch against the White Sox in his short big-league career.

Chicago won the AL Central last season and essentially has the same roster now. Yet, they’ve been underperforming, sitting at 31-32 on the year. However, the White Sox are starting to play better as of late, winning four of their last five games.

The staff impressed on Saturday, with Johnny Cueto and Reynaldo Lopez combining for a three-hitter. Offensively, Chi-Town banged out 12 hits against Houston’s arms, including ace Justin Verlander, who is +400 in AL Cy Young odds, with Luis Robert leading the way as he went 3 for 4. The slugger also drove in four of his team’s seven runs.

Astros Being Carried by Their Pitching

Houston is almost always a team who ranks towards the top of the MLB in most offensive categories. Aside from cranking a third-best 85 homers, the Astros are around the middle of the pack in average, runs scored, and hits. Instead, it’s their stellar pitching staff who is shining.

Climbing up the record book. pic.twitter.com/mawybhZI8u

The Stros own a team ERA of 3.03, with every single start either under or right around the three mark, with the exception of Jose Urquidy. The bullpen? They’ve compiled a Major League-best 2.55 ERA. Chicago will want to try and get to Javier early on Sunday because once the ball is handed over to the relievers, you can basically expect sheer brilliance.

Although Chicago is coming off a very impressive offensive performance, you can’t bet against Javier here, especially considering how lights out he is at Minute Maid. The Astros will bounce back and take the series finale on Sunday Night Baseball.