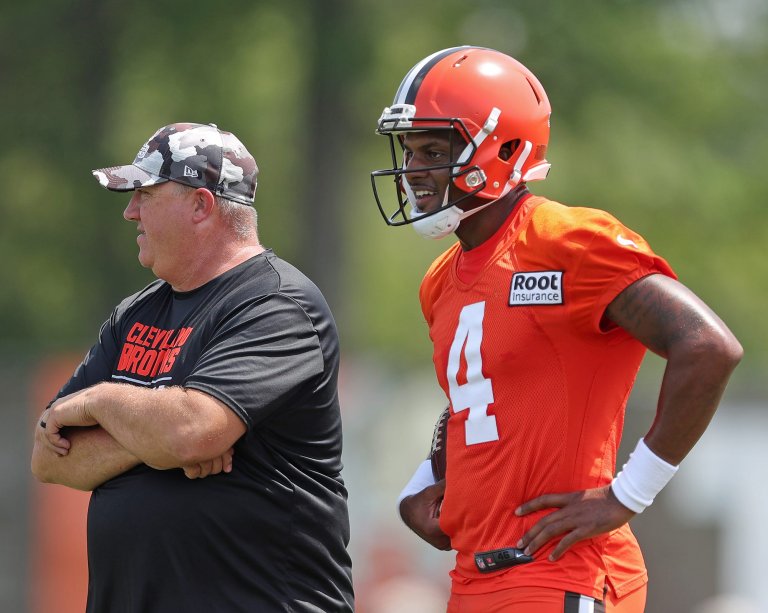 If you thought the Deshaun Watson saga was over once mediator Sue Robinson released her verdict, think again.

The NFL has chosen to appeal the 6-game suspension for Watson violating the NFL’s personal conduct policy. That may or may not affect the Cleveland Browns’ outlook for the coming season.

The worst-case scenario for Cleveland and the QB they signed to the richest guaranteed deal in history would be getting a suspension adjusted to a full season or longer along with a substantial fine and some form of treatment or education program he will have to complete.

The worst-case scenario for the NFL, and for optics in general, is if the NFL Players Association counters by suing the league. That case would take perhaps the course of the year to resolve, meaning Watson could essentially play from Week 1 and likely the whole season, as the legal system weaves through the case.

Watson is facing 24 separate lawsuits for sexual misconduct accusations. Speculation is that these trials will carry over into 2023. Watson is maintaining his innocence on all charges.

Below are the Browns’ future bets for the upcoming season. Should Watson in fact get the NFL’s upsize of discipline, let’s look at how these wagers could be affected.

Cleveland’s Super Bowl odds didn’t move that much upon the appeal news. The figure peaked at +2200 once the suspension was handed out, and slid back to its current +2500.

The Browns also still remain with the third-best AFC North odds. They had +340 odds to win the division prior to the Watson trade back in March, and are still listed at +300 now. So those may not change drastically if the NFL wins the appeal. And their NFL win totals are set at a modest 8.5. Their win totals weren’t listed earlier this year, but you’d have to think no Deshaun would be worth at least a win or two of that total.

How Far Will Browns Fade?

The real odds jump occurred when the Browns acquired the 26-year-old in a trade with the Texans. At the time, the Browns jumped from +4000 Super Bowl odds all the way down to +1600, before the latest off-field headlines brought the odds to their current-2000s range.

If the NFL does in fact change the ruling to an indefinite suspension (which would carry at least a one-year ban), you have to expect the Browns’ Super Bowl odds to dip back to around that pre-Deshaun figure.

Over on ESPN, @AdamSchefter reported that Deshaun Watson: “Continues to insist that he’s done nothing wrong and has not shown remorse during this process and doesn’t believe he has to.”

That doesn’t mesh with the Browns ownership statement that Watson is “remorseful.” – He isn’t pic.twitter.com/YgxYf0wz9V

Those odds would fit them perfectly in line with five other teams at +4000, who are all at varying degrees of satisfaction at their QB situation: the Patriots, Vikings, Raiders, Dolphins and Saints.

You could easily argue Mac Jones, Kirk Cousins, Derek Carr, Tua Tagovailoa and Jameis Winston are more preferable than anything Cleveland has left in the QB room (more on that below).

Despite sitting out all of last year as his legal troubles came to light, Watson is still considered to be one of the premier pivots in the NFL. Many believe he is capable of delivering a franchise the Lombardi Trophy.

The last time Watson played was the 2020 year, where he made a third straight Pro Bowl despite Houston’s 4-12 record. He posted career highs in passing yards (4,823) and TD passes (33), and a career-low seven interceptions.

There is no plan B for the Browns. Especially now with Baker Mayfield in Carolina.

Even knowing Watson would face discipline — they structured his contract so his entire first year salary was paid out via signing bonus, ensuring he would keep as much as his $46 million annual salary as possible — they only managed to sign journeyman Jacoby Brissett.

Jacoby Brissett will now take over in Cleveland:

The Browns also signed Josh Rosen, a 2018 first-round pick that hasn’t been able to make much of a mark in the league yet. No matter how talented the rest of Cleveland’s roster is (the Browns hold tight at 13 in SBD’s NFL Power Rankings), that QB duo isn’t instilling much confidence in any fan base.

The QB carousel doesn’t offer much variety now. Cam Newton is probably only name recognition at this point. Jimmy Garoppolo is on the trade block in San Francisco, but despite his winning pedigree (a 33-14 record as a starter), it’s safe to wonder if he’s been propped up by offensive wunderkid Kyle Shanahan in recent years.

Attn: #Browns, #Texans, #Steelers, #NYGiants, #Seahawks (am I missing any teams? ?). This is video of Jimmy Garoppolo that was taken by fan @NitensonBrian today at #49ers training camp. pic.twitter.com/U3A9Zrlgzh

Let’s put the Colin Kaepernick wishful thinking away here too. A QB-desperate team like Cleveland never took a flier on him despite their struggles at the position all these years. Now, considering  the PR hit bringing in Watson and his baggage and the how the situation has devolved, Kaepernick probably wants to avoid that situation more than the Browns steered clear of him.

If you do want to make a wager on Cleveland, keep close attention to Watson’s case. Should the league move the suspension for a year, that might trigger the NFLPA action, and could allow Watson a year’s reprieve. That would be worth a wager for the Browns, particularly for a division title and OVER the win total.