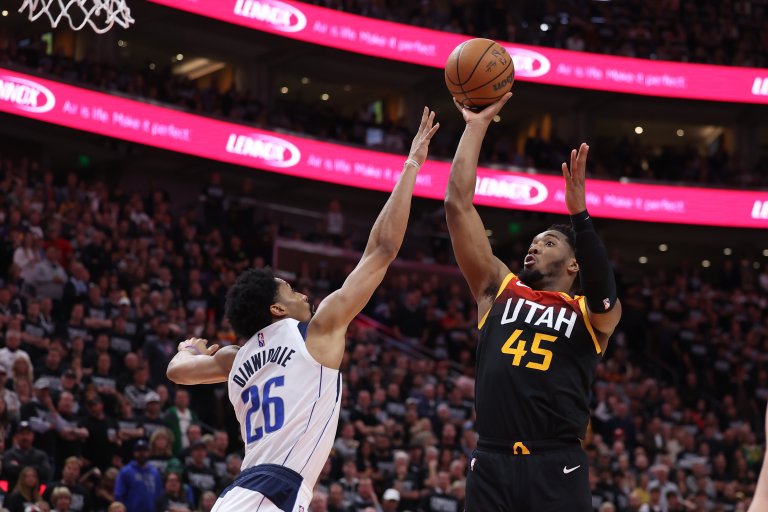 The Utah Jazz are listed at odds of +20000 to win the 2022-23 NBA championship
As recently as June 27, the average odds on Utah winning the title were as short as +4500
So far during the offseason, the Jazz saw Rudy Gobert and Royce O’Neale depart and soon Donovan Mitchell is also expected to be going

So many key components are jumping ship from the Utah Jazz, is it any wonder that things are getting salty in Salt Lake City?

Less than three weeks later, the odds on Utah winning the title in the NBA odds have lengthened to +20000. That’s 11th overall among Western Conference teams.

In under two years the Jazz have gone from the #1 seed in the West to not even being expected to make the playoffs.

Utah hovered in the championship chase for a few years with a squad built around perennial NBA Defensive Player of the Year center Rudy Gobert and all-star shooting guard Donovan Mitchell, but could never make a serious run at the title. In fact, the Jazz never got past the second round. Utah hasn’t reached the conference finals since 2006-07.

Hired in December of 2021 as CEO of basketball operations and alternate governor of the Jazz, veteran NBA executive Danny Ainge determined following the 2021-22 NBA season that it was time to blow it all up. He replaced veteran coach Quin Snyder with Will Hardy. At 34, Hardy is the NBA’s youngest head coach.

For being a leader in the community and easy to root for on and off the court—Thank you, @rudygobert27 ❤️ pic.twitter.com/WGtp5PXO6d

Continuing the tear down, Ainge is now seeking to move on from Mitchell in exchange for another cache of futures. The New York Knicks appear to be the frontrunners to land Mitchell, who’d certainly be a contender in the NBA MVP odds with New York.

But that might not be the last move Ainge makes during this reconstruction project. After all, they do call him “Trader Danny Ainge.”

Power forward Bogdan Bogdanovic and shooting guard Jordan Clarkson could also be going elsewhere before all is said and done. And Ainge would be delighted to offload the contract of 14-year veteran point guard Mike Conley on some other NBA club.

7’3 18-year-old Victor Wembanyama is the projected top pick in the 2023 NBA draft ? pic.twitter.com/gHbCEomXFt

Are the Jazz tanking to get into the lottery for a shot at 7-foot-3 center/power forward Victor Wembanyama, the French sensation who is projecting to be the first overall pick of the 2023 NBA Draft? Well, at this stage, the Jazz are certainly in with a better chance at that than they are an NBA title.

Those +20000 odds on Utah? Before long, they could be flattering.