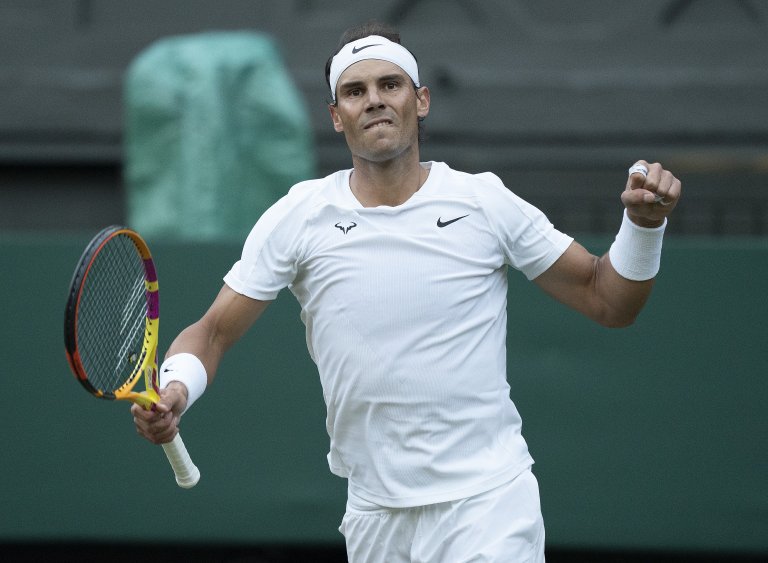 Round of 32 play at the ATP Western and Southern Open continues on Wednesday, August 17th
Rafael Nadal is 35-3 this season with three of his four titles coming on hard court
See below for complete Round of 32 odds, plus analysis and best picks to target

The Round of 32 continues at the ATP Western and Southern Open on Wednesday, as the contenders look to separate themselves from the pretenders.

Speaking of contenders, it’s impossible to ignore Rafael Nada at any tournament he enters. The second seed is seeing his first action since having to withdraw from Wimbledon ahead of the semifinals, and he couldn’t have asked for a more favorable opponent.

Odds as of August 16th at DraftKings Sportsbook

Nadal will take on Borna Coric, the 152nd ranked player in the world. Coric got past qualifier Lorenzo Musetti in the Round of 64, but wins at Masters 1000 series events have been hard to come by for the 25-year-old.

Coric is 2-6 in 1000 series matches this season, beating the aforementioned qualifier and Fernando Verdasco in Miami who was ranked 123rd at the time. Coric has failed to get past his opening round match in four of his past seven ATP events and has been toiling in the Challenger Tour streets lately.

Nadal meanwhile, is 35-3 this season, winning three of his four titles on hard court. He’s had plenty of time to rest his nagging abdominal injury, and has looked like his old self in practice this week.

22 Slam titles and it’s all about having fun 😊 #CincyTennis | @RafaelNadal pic.twitter.com/Nts6hihD3S

I don’t want to downplay the summer of Nick Kyrgios, because the Aussie’s career resurgence has been spectacular. However, his opponent on Wednesday has the potential to push him to his limit. Taylor Fritz, the big serving American, is fresh off a destruction of Sebastian Baez in the Round of 64, in a match where he dropped only two games.

Fritz ranks inside the top-18 in serve rating and if there’s been a kryptonite to Kyrgios’ game lately it’s been against big-time servers. Two of his only losses of the summer have come against the big serving Hubert Hurkacz who ranks fourth in serve rating.

Kyrgios himself is one the world’s best servers which should lead to a lengthy, ultra competitive match between these two. The Aussie will get all the headlines thanks to his incredible form, but Fritz has had plenty of success at 1000 series events this season as well. He won at Indian Wells in March, and has cracked at least the round of 16 in every 1000 series event he’s entered since.

Kyrgios was victorious in his round of 64 match over Alejandro Davidovich Fokina 6-4, 7-5, but it wasn’t the cakewalk most people expected. Give me Fritz to push the Aussie at least as hard as Fokina did, and I wouldn’t rule out an outright upset either.

We tried to pick on Canadian Denis Shapovalov in round 1 of the Western & Southern Open but you know the old saying, at first you don’t succeed dust yourself off and try gain. Shapovalov snuck past Grigor Dimitrov 7-6, 6-3 to earn just his second opening round match victory in his past nine tournaments.

Wednesday’s opponent Tommy Paul may be a step down in competition in terms of ranking, but not overall form. Paul is fresh off a quarterfinal appearance in Montreal, and he’s made it at least that far in three of his past five tournaments.

Big win for Tommy Paul! 6-3, 6-2 vs Jenson Brooksby to reach the 2nd round in Cincinnati.

Paul has four victories over top-20 opposition during that stretch and is 2-0 in his career against Shapovalov. The American breezed through his opening match versus Jenson Brooksby 6-3, 6-2, and I’m betting on another convincing victory over the Canadian.