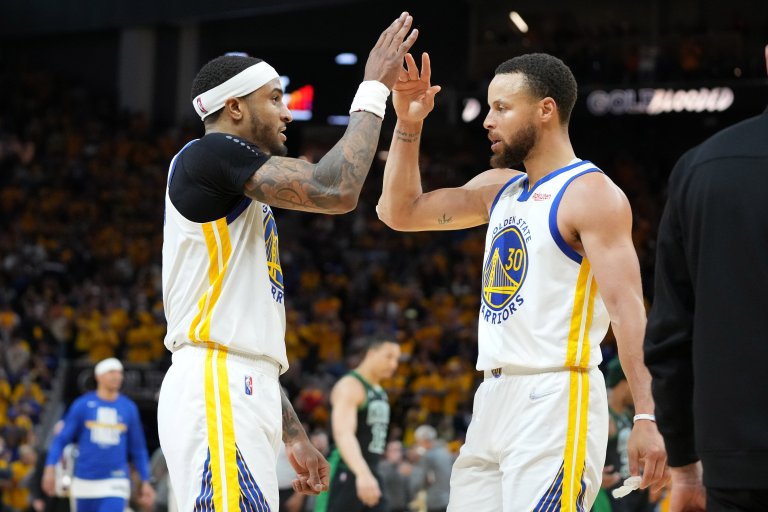 The Boston Celtics have opened as 3.5-point home favorites over the Golden State Warriors in Game 6 of the NBA finals on Thursday, June 16
Golden State leads the best-of-seven series 3-2 following Monday’s 104-94 victory
How will the Warriors vs Celtics odds be move as gameday approaches?

The Golden State Warriors are the team on the brink of winning the NBA Championship. However, it’s the Boston Celtics who are wearing the favorite’s tag in the opening odds for Game 6 of the NBA Finals.

Golden State became the first team to win two games in a row in the best-of-seven set when they took Game 5 at home on Monday by a 104-94 count. It was the fifth straight game in the series in which the winning team also covered the spread. The Warriors were the 3.5-point chalk for Game 5.

However, Boston is the 3.5-point favorite entering Game 6, as oddsmakers are anticipating that the Celtics will stave off elimination.

Tipoff for Game 6 at TD Garden is set for 9 pm ET on Friday, June 10. ABC is carrying the broadcast. Canadians can catch the action on TSN.

Golden State is a solid -400 favorite to defeat Boston in the NBA title odds. The Celtics can be had for an NBA betting line of +320.

Wiggins Steps Up for Warriors

For the first time in his NBA Finals career, Golden State guard Steph Curry didn’t hit a 3-pointer. He was 0-for-9 from beyond the arc. The worrisome part of that nugget of news from a Celtics point of view is that Boston still lost by 10 points.

For Boston, Jayson Tatum contributed 27 points. However, the Celtics turned the ball over 18 times.

Boston squandered a five-point third-quarter lead. The setback marked the first time all playoffs that the Celtics lost two in a row. They’d been 8-0 following a loss during the 2022 postseason.

Celtics a Tough Out

This will be the 14th game in which Boston has faced elimination in an NBA Finals series. Overall, the Celtics are 9-4 straight up in that scenario. They’re an impressive 6-1 at home.

It will be the 18th time the Celtics have played a Game 6 in an NBA Finals series. Boston is 8-9 SU in previous Game 6 contests. The Celtics are 3-2 SU at home in Game 6.

Only once has Boston lost the NBA Finals on home court. That was in 1985, and it was in Game 6. The Los Angeles Lakers clinched the title with a 111-100 Game 6 win at Boston.

On the flip side, of Golden State’s four NBA titles, the deciding game was won on the road three times.

Boston Faithful Won’t Give Up

As much as Golden State looks to be taking over this series, count on Celtics Nation to stay loyal to their lads. Considering Boston’s history at home in elimination games, there’s good reason for such optimism.

There will be enough action on the Warriors to keep the line in line, so to speak. Don’t expect much movement either way from the current odds.