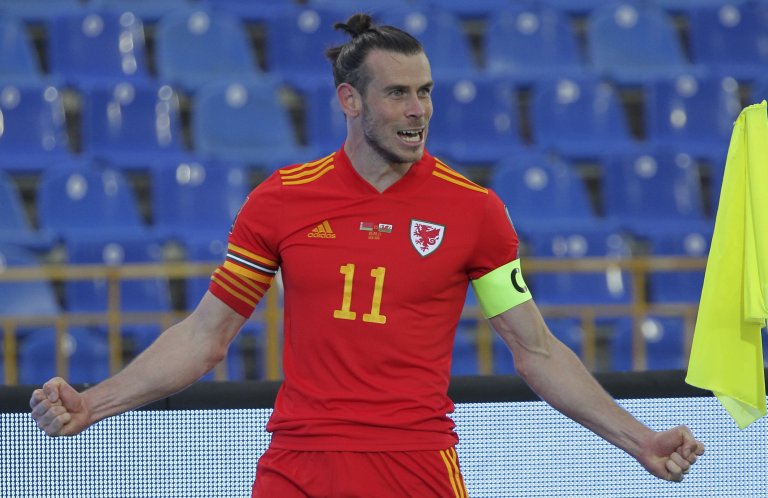 It’s Wales vs Ukraine on Sunday, June 5 in their UEFA World Cup qualifier final
Ukraine earned their place in this playoff final with a fine 3-1 win over Scotland on Wednesday
We preview the game, look at Wales vs Ukraine odds, and offer some picks below.

It is Wales vs Ukraine in Cardiff in their UEFA World Cup qualifier final on Sunday, June 5 at 12:00 midday ET, with the prize being a place in Qatar 2022.

Ukraine secured their place in this final with a thrilling 3-1 semi-final win over Scotland in Glasgow on Wednesday. Given the horror unfolding in the Ukrainians’ homeland, it was so much more than a game of soccer and ended up a huge source of pride for those present in Glasgow and their people back home.

We preview Wales vs Ukraine and offer below some analysis, team news and picks from the World Cup odds for this massive final qualifier.

Odds as of June 3 at Caesars Sportsbook.

The draw after 90 minutes offers the same return as the away win, +185.

Barstool has pitched ‘over 2.5 goals’ in plus money at a very decent +155, and under 2.5 at -190. The plus money bet is a decent one given Wales’ last two games have resulted in three goals and Ukraine scored three against Scotland.

Wales’ chance to qualify for Qatar 2022 has been delayed for obvious reasons and it’s been a long wait for this play-off final after qualifying for it back in March after a 2-1 semi-final win over Austria.

On a huge night in Cardiff, the Welsh took a 2-0 lead thanks to a brace from the legendary Gareth Bale but were forced to sweat late on when the Austrians pulled a goal back through Marcel Sabitzer.

Despite some late scares the Welsh hung on to see the job through, sparking an outpouring of emotion in the Cardiff City Stadium.

While Wales’ 2-1 midweek defeat by Poland in their Nations League opener wasn’t ideal for Rob Page’s men, it was very much a second-string team, with most of those expected to play on Sunday either on the bench or not featuring at all.

The Welsh will be hopeful that on Sunday a noisy, passionate home crowd can give them the edge over opponents who, although lower in the FIFA rankings, are likely to have the edge in terms of skill and technique.

For Ukraine, their 3-1 triumph in Glasgow was far more than a soccer game. Given the horrific events unfolding in their homeland, it was a win that will have filled Ukrainian hearts with immense pride.

But it wasn’t one based solely on pride and passion – the Ukrainians played well. They were composed and comfortable in possession, solid at the back when they needed to be, and creative going forward. Indeed, if they had been more clinical in front of goal, the score line could have been far more emphatic.

Ukraine were hyped after winning 3-1 in Scotland 🙌

On Sunday, they’ll play Wales for a spot at the World Cup pic.twitter.com/05zJqzGZhA

One Game From Glory for Ukraine

The long wait for this qualifier, for obvious reasons, has made preparation for the Ukrainians very tricky but manager Oleksandr Petrakov was finally able to get his players together for training camp in May, one that was clearly used to good effect.

Other than a hastily-arranged friendly against Borussia Monchengladbach in mid-May, Ukraine hasn’t played a competitive game since beating Bosnia and Herzegovina 2-0 in their final World Cup qualifying campaign last November, but there were few signs of rustiness in Glasgow.

Congratulations Ukraine! The Ukrainian national football team have beaten Scotland 3-1 in Glasgow to book a place in Sunday’s playoff final against Wales in Cardiff for a place at the 2022 World Cup Finals. Tonight’s win is a welcome morale boost for the Ukrainian nation pic.twitter.com/YgqqYQv2zj

The Welsh start as favorites but will be acutely aware of how impressive the Ukrainians were in their win over Scotland. Some early rustiness from the Ukrainian keeper and back-four was more than compensated for by their outstanding midfield and attack, and if replicated in Cardiff they will be very hard to beat.

For Wales, much again rests on the experienced shoulders of Gareth Bale and Aaron Ramsey but, for me, the value here is with the away win with the Ukrainians continuing to ride the tide of emotion.