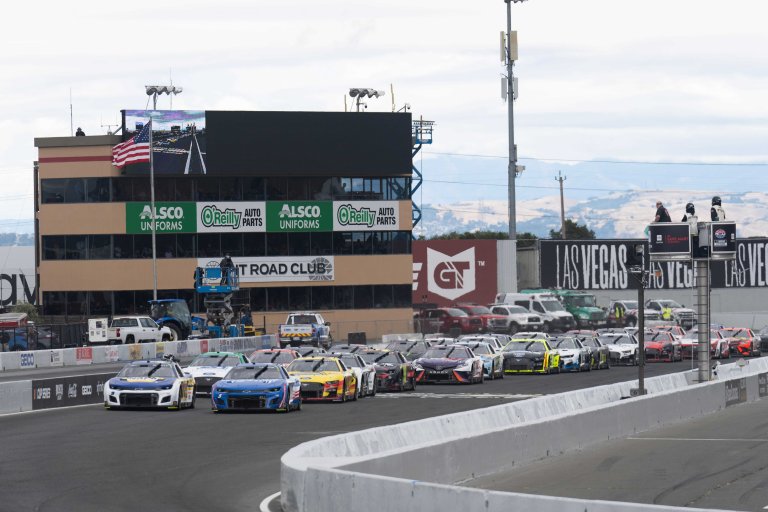 NASCAR heads West to the Brickyard in Indianapolis, Indiana for race number 22 of the 2022 season. The race comes from Indianapolis Motor Speedway. The 2.5-mile road course was quite a challenge last year. The course has Chase Elliott as a favorite in the Verizon 200 at the Brickyard odds. Can Kyle Larson or Elliott seal the deal this time after leading most of the 2021 race?

This is one week after the M&M’s Fan Appreciation 400, where Denny Hamlin originally held off Kyle Busch but Chase Elliott was awarded the win after post-race inspection. That inspection disqualified Hamlin and Busch after pieces of “vinyl” were found.

Anyway, let’s dive into these Verizon 200 at the Brickyard odds and figure out which racers are the top bets.

Verizon 200 at the Brickyard Odds

NASCAR drivers will run on the 2.5-mile course when the flag drops for the Sunday-afternoon race beginning around 2:30 pm ET on NBC.

Can Chase Elliott or Kyle Larson Seal the Deal?

Between Chase Elliott and Kyle Larson, they led a total of 44.2% of last year’s race. If not for the carnage over the final 7-10 laps, it is likely one of the two racers would have won. That was one wild race at the Brickyard. A.J. Allmendinger wound up winning just by driving smartly and surviving the war of attrition. Larson and Elliott had to settle for third and fourth place respectively.  Now, the #9 car has not won a road race this year with the Next-Gen car. Neither has Larson.

Now, Elliott stands as a favorite at Caesars (+350). Kyle Larson is listed at Caesars at +550. Some interesting odds exist on Caesars Sportsbook, as even Ross Chastain is +750. Daniel Suarez and Austin Cindric are +1200 surprisingly.

Does Indianapolis repeat what happened last year or is there less chaos? A.J. Allmendinger is at least worth a look somewhere along with Ryan Blaney and maybe Joey Logano as a long shot (+4000).

Verizon 200 at the Brickyard Recent Winners

Can TrackHouse Racing Sneak Off With a Win?

Sports bettors like Elliott and Larson a lot this week. The TrackHouse Racing duo of Ross Chastain and Daniel Suarez keeps rising in the NASCAR Cup Series odds. Chastain and Suarez have shown some good road numbers and even have won this year. Chastain and Allmendinger have battled their way in the past as well.

Only three drivers are 3 for 3 at finishing in the top ten at road courses this year ….

A little luck and some ending speed could carry Chastain and Suarez. Both have tested quite well in the Next-Gen car on the road. Plus, Chastain has been one of the most consistent on the road all season.

Verizon 200 at the Brickyard Predictions & Picks

The weather should cooperate on Sunday. Temperatures will be in the low 80s with a mix of sun and clouds. Watch for isolated showers late.

The Brickyard course designers do not expect as many problems this year. Forgive us for being a bit pessimistic here. Watch Tyler Reddick and his #8 Chevy. Reddick won at Road America and carried the most late speed in the final sectors during testing.

Finally, for top-ten picks, there are Erik Jones and Kurt Busch. There will be a few more picks closer to Sunday’s race after qualifying on Saturday.

Here are our best bets: