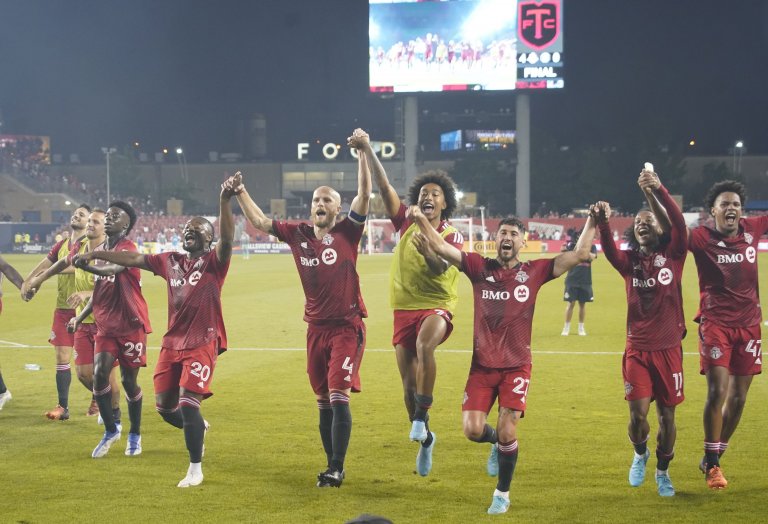 The Whitecaps and Toronto FC clash in the Canadian Championship Final on Tuesday night at BC Place
Vancouver is coming off a brutal defeat to Chicago, while TFC beat Charlotte 4-0 over the weekend
Find the Vancouver Whitecaps vs Toronto FC odds, preview, and picks below

A spot in the CONCACAF Champions League is on the line as the Vancouver Whitecaps and Toronto FC lock horns at BC Place in British Columbia, Canada on Tuesday evening. The kick-off is scheduled for 10:30 PM ET.

Both sides are out of the playoff picture in MLS action at the moment, but they’ll have the chance to lift a piece of hardware here. The Caps are coming off a disappointing defeat to Xherdan Shaqiri and the Chicago Fire on Saturday on home soil, while TFC will be heading into this fixture with confidence, beating Charlotte 4-0. Federico Bernardeschi and Lorenzo Insigne made their debuts for the club and instantly shined.

The hosts are being favored at +126 odds for the Canadian Championship Final. The Whitecaps have actually won two of their last three meetings with TFC, most recently beating them 1-0 in May.

The over at -145 odds could offer value here in totals betting because two of the previous three clashes between the two sides have gone over 2.5 goals.

The Whitecaps are in the midst of a rather poor season in the MLS, currently sitting in 10th spot with seven wins, 10 losses, and five draws. They have one of the worst goal differences in the entire league as well at -13, netting just 24 times in 22 games while conceding 37. But, Vancouver has played well in the Canadian Championship and this is an opportunity to give their fans something to cheer about.

The best team in Canada will be crowned tomorrow!

3 Points ahead of tomorrow’s #CanChamp Final presented by @recyclebc ♻️

The Caps ran out as 2-1 winners in the semifinals in June against CPL outfit York United thanks to a second-half brace from Brian White. That being said, Vanni Sartini’s side is in brutal form right now. Chicago had their way with them over the weekend and the Whitecaps are now winless in their last four outings. On a more positive note, five of their victories this term have come at BC Place.

There isn’t a lot to be happy about if you’re a Toronto FC fan this season. The club is second-last in the East with a putrid 6-12-4 record and would need a literal miracle to make the postseason at this point. However, Saturday was a glimpse into what TFC is capable of with their new Italian connection.

The Reds destroyed Charlotte FC 4-0, with Bernardeschi and Insigne immediately making their presence felt. The former Juventus man assisted Toronto’s second goal with a pretty cross and then smashed home a long-range strike not long after for his first goal in a TFC shirt. Insigne also got in on the action with a nifty backheel assist to Michael Bradley just before halftime, putting them four goals to the good by the end of the first period.

The victory ended a five-game winless run for Toronto but they’ve yet to win on the road in 2022. This would be the perfect time to end the spell. As for the Canadian Championship, the Reds took out Montreal in the semis by four goals as well.

It’s clear Bernardeschi and Insigne have breathed new life into Toronto FC. They looked like a completely rejuvenated club on Saturday and I believe that will propel them to a victory on Tuesday evening, securing their berth in the CONCACAF Champions League.