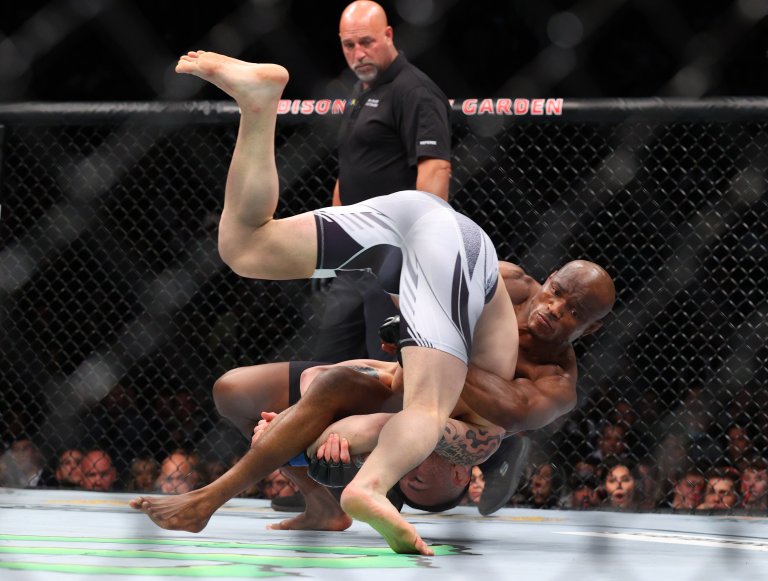 UFC welterweight Kamaru Usman tangles with No. 2 challenger Leon Edwards in a long awaited rematch at UFC 278
Luke Rockhold returns to action for the first time in three years, as he battles struggling middleweight Paulo Costa in the co-main event
Read on for all the UFC 278 odds and trends for Saturday’s card at Vivint Arena in Salt Lake City

Kamaru Usman will be looking to defend his UFC welterweight title with a 20th straight victory when he puts his belt on the line against long-time rival Leon Edwards in the main event at UFC 278 on Saturday August 20. Former UFC middleweight champion Luke Rockhold returns to the octagon for the first time in over three years, as he battles Paulo Costa in the co-main event of the evening.

Prelim action is scheduled for 8:00pm ET on Saturday night at Vivint Arena in Salt Lake City, with all the action available on ABC, ESPN, and ESPN+. The main card follows on ESPN+ at 10:00pm ET.

Kamaru Usman has successfully defended the UFC welterweight title on five occasions, including three wins by decision, and has earned performance bonuses three times over that stretch.

Currently perched at No. 2 in the UFC welterweight rankings, Leon Edwards is undefeated in 10 octagon appearances since suffering a three-round unanimous decision loss in his first clash with Usman almost seven years ago.

Usman is a talented grappler, who has yet to be taken down in 15 UFC contests. The 35-year-old has also finished opponents with punches in five of his first six pro fights, and has seen nine of his 20 career wins come by KO or TKO.

The power of Kamaru Usman was on full display in April of 2021 when he KO’d Jorge Masvidal to retain his world welterweight championship at UFC 261. Many felt Usman would win but very few could’ve predicted this devastating shot. What a crushing KO by the champ! pic.twitter.com/9pyga5Ylt3

A 76-inch reach has helped him keep power-punching opponents like Covington and Jorge Masvidal at bay. His ability to seamlessly switch up his stance from orthodox to southpaw also causes fits for opponents.

“Rocky” has enjoyed a steadily increasing profile during his current win streak. Three of his past five fights billed as main events, and his recent clash with Diaz marking the first time a non-title and non-main event clash has been schedule for five rounds. The transition to championship round action has been seamless for Edwards, who has seen 12 of 23 career fights decided by the judges.

Edwards was brought to the mat 13 times over his first five octagon appearances. But Rocky has shown steady improvement since, stuffing 17 of 22 takedown attempts over his past five fights.

Paulo Costa is looking to rebound from back-to-back losses. “The Eraser” came up short in his light heavyweight debut, dropping a five-round unanimous decision to Marvin Vettori last fall at UFC Vegas 41. That defeat followed a second-round TKO loss to Israel Adesanya in a failed bid for the UFC middleweight crown at UFC 253.

Some highlights of Paulo Costa in his last fight against Vettori.
A really good showing how to exploit the open stance matchup and great display of body hitting.
Marvin has some insane durability. pic.twitter.com/PZuojXpE6g

Despite his recent setbacks, Costa remains a formidable threat. The 31-year-old finished opponents in 12 of his previous 13 contests, with his first nine pro fights ending inside five minutes.

Luke Rockhold returns to the octagon for the first time since suffering a second-round KO loss to Jan Blachowicz in his light heavyweight debut at UFC 239.

Overall, the 37-year-old has been knocked out inside 10 minutes on three occasions in four outings since 2016. And his struggles to make weight along with his lengthy layoff raise doubts about his ability to compete against a ranked opponent like Costa.

Merab Dvalishvili (-127): “The Machine” faces the toughest test of his UFC career against Jose Aldo, but has emerged as a force among bantamweights during a seven-fight win streak.
Leonardo Santos (+245): Santos has lost two straight, but offers intriguing value as an underdog in his date with Jared Gordon, who has lost four of his past six lightweight contests.
Wu Yunan (+116): Wu has endured hard luck during a three-fight slide, but holds the edge in experience on the big stage over UFC debutante Lucie Pudilova.