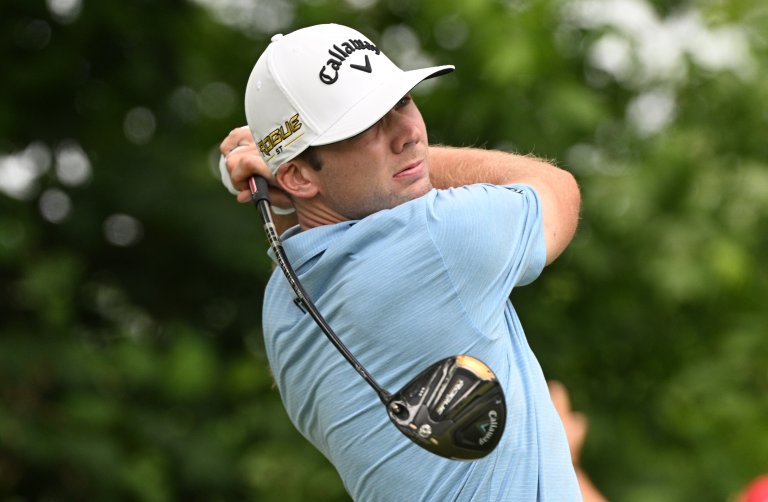 The US Open from the Country Club in Brookline, Massachusetts, tees off Thursday, June 16th
Rory McIlroy is the +2000 favorite over Jon Rahm and Justin Thomas to be atop the leaderboard after day one
See the best bets and odds to grab the first-round lead in the article below

The prestigious US Open, the third major championship of the season, tees off on Thursday. Coming in off the heels of his RBC Canadian Open triumph, Rory McIlroy is the betting favorite to win his second career US Open and first major since 2014. Jon Rahm, who is the defending champion, and Justin Thomas, who won the most recent major at the PGA, have the second shortest odds to win the title.

There are plenty of opportunities for US Open sleepers and longshots to make some noise at the Country Club in Brookline, which was the site of the USA’s epic comeback victory at the 1999 Ryder Cup.

2022 US Open First Round Leader Odds

Odds as of June 15th at DraftKings Sportsbook.

The forecast calls for a mix of sun and clouds for the duration of the day. Those teeing off in the morning will have temperatures in the low 60s, reaching low 70s for those completing their rounds in the evening. Wind gusts will be more prevalent for the afternoon, where it will swirl between 20-25 miles per hour, compared to between 8-12 MPH in the morning.

Sam Burns Firing on All Cylinders

Sam Burns (1:14pm tee time) has been dynamite in his last two starts, erasing a seven-stroke Sunday deficit to win at Colonial in a playoff, then chasing that with a T-4th at the Canadian Open. He’s won three times on the campaign, is fourth in total strokes gained, approaching the green and birdie average.

Subsequently, his ‘strokes gained’ stats in the last twelve rounds have been exceptional.

Burns’ last seven rounds have resulted in scores in the 60’s, as he’s ranked second in FedEx Cup points. Given his hot play of late, his +4000 ticket is intriguing.

Joaquin Niemann (8:02 am) enters the US Open on a really solid stretch of golf after winning the Genesis Invitational at Riviera. In his last seven starts, the Chilean sensation has racked up seven top-35 finishes, including a tie for third in his most recent outing at the Memorial Tournament.

He’s also tops in first round scoring average at 67.87, with five of his last six Thursday’s yielding a score in the 60’s.

In his last eight opening rounds, Niemann is tops in total strokes gained, second in SG: tee-to-green, putting, and short game. He’s teeing off in the morning, which will help him in what is expected to be the easier wind conditions.

Subsequently, his stats of late have been impeccable.

Riley is twelfth in birdie average, and has fired a round in the 60’s in four of his last five Thursday’s, making him a very solid sleeper candidate to be ahead after day one.