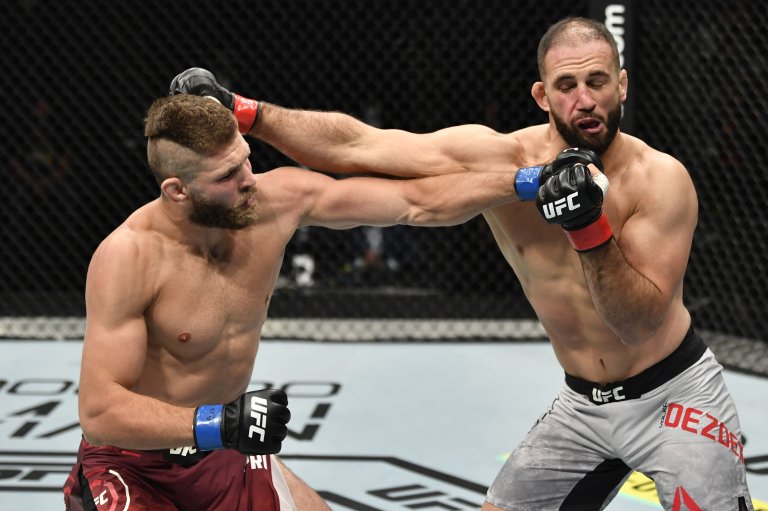 A solid UFC 275 card goes down on June 11 in Singapore
Glover Teixeira looks to defend his light heavyweight belt against Jiri Prochazka
Let’s take a look at a full UFC 275 betting preview, along with our best UFC 275 prop bets

The UFC heads to Singapore for a solid UFC 275 card that sees two titles on the line. In the main event, light heavyweight champ Glover Teixeira battles Jiri Prochazka.

The co-main event sees Valentina Shevchenko defending her flyweight belt against Taila Santos. Weili Zhang and Joanna Jedrzejczyk also have their highly-anticipated rematch. UFC 275 props are available at DraftKings, and more online sportsbooks, with a few UFC 275 picks offering great value. If you’ve already signed up at DraftKings, be sure to also check out these BetRivers bonuses for UFC 275.

We’ve already broken down the UFC 275 odds and found value on some fighters. That being said, let’s dive deeper into a UFC 275 betting preview where we look at our best UFC 275 prop bets for the card.

Shevchenko vs Santos Under 3.5 Rounds

Valentina Shevchenko is coming off back-to-back TKO wins which happen in the fourth and second round, but this matchup against Taila Santos is the perfect one to take the under 3.5 as many think this fight will go the distance.

Entering the fight, many pundits have said Santos will be Shevchenko’s toughest test in quite some time and some actually believe the Brazilian can win. The last time people thought someone was a tough matchup for Shevchenko was Jessica Andrade and Shevchenko put on a clinic and went for the finish from the get-go and got the second round TKO here.

Shevchenko will just land heavy shots and mix in the grappling and eventually get the ground and pound TKO in the second or third round. As well, the only way Santos wins is by catching Shevchenko early so you also benefit from that scenario in case that happens.

Opening up the main card is a welterweight clash between highly-touted prospect Jack Della Maddalena against Ramazan Emeev.

Della Maddalena is a great striker and if he wins, it seems likely he will just stick and move and land the better shots and win a decision that way, similar to what he did on the Contender Series. Along with that, Emeev hasn’t been finished since 2014.

If Emeev is going to win this fight, he will win his usual way which is pushing Della Maddalena up against the fence and grinding out a win that way. The Russian has the capability to make this one boring, but regardless of who wins, the fight going the distance is the way to go here as I lined it -215 myself.

In the main event, you saw in the preview I’m taking Jiri Prochazka to win, and the better way to get value instead of laying -200, taking the Prochazka by KO/TKO/DQ prop at -135 is the way to go.

If Prochazka is going to win it will be KO as out of his 28 wins, 25 have come by KO/TKO as he has insane power and we have seen Teixiera get knocked out before. He has been knocked out in three of his seven losses but even in his last couple of wins, he has been dropped and rocked and Prochazka has more power than that.

I expect Prochazka to blitz Teixeira early and land big shots to finish the Brazilian and become the new champ.