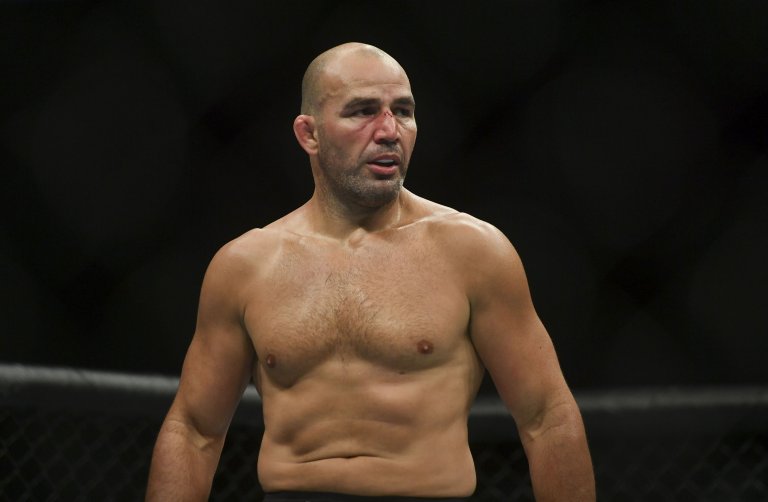 The UFC heads to Singapore for UFC 275 with two titles on the line
Glover Teixeira takes on Jiri Prochazka for the light heavyweight title in the main event
See the UFC 275 odds below, along with our best bet predictions for the main card

The UFC heads to Singapore on Saturday, June 11 for UFC 275 which sees two titles on the line. In the main event, Glover Teixeira looks to defend his light heavyweight title for the first time against Jiri Prochazka. Valentina Shevchenko defends her flyweight strap against Taila Santos in the co-main event while Weili Zhang and Joanna Jedrzejczyk have their highly-anticipated rematch on the card.

UFC 275 main card airs live on Pay-per-view at 10 pm ET. The table below shows UFC 275 odds for the main card at Barstool Sportsbook followed by best bets. If you’re looking to learn how to bet UFC, this is a great card to try a few different strategies out. And be sure to check out these Barstool Sportsbook bonuses before betting these odds.

Glover Teixeira surprised many when he became the UFC light heavyweight champion at 42-years-old back in October. The Brazilian was a sizeable +215 underdog and during his six-fight win streak, he has closed at +215, +200, +175, -110, -125, and -105 as people haven’t been putting respect on him. Jiri Prochazka, meanwhile, is set for his third UFC fight and already fighting for the title.

This is a very intriguing matchup as Teixeira has had a career resurgence and has shown off a good chin as Thiago Santos and Anthony Smith were both able to crack him and he kept going forward. His chin will be put to the test on Saturday as he faces Prochazka who out of 28 career wins, 25 have been by KO/TKO including both of his UFC wins being vicious KO’s.

Although Prochazka has a ton of power, the big question is whether or not he can keep ot standing and avoid Teixeira’s jiu-jitsu.

The first round will be crucial for Prochazka as if he can keep it standing and land the big shots he could very well get the stoppage win in the first. However, the longer the fight goes the worse he will be as his cardio is a concern while Teixeira has proven at lengths he can go deep into the fights, even when he is mixing in his wrestling.

Ultimately, Prochazka’s style will be too hard to deal with as he will land the big punches and kicks and be able to keep it standing. Once he begins landing the big shots, Prochazka will drop and ultimately finish Teixeira in the first or second round to become the new UFC light heavyweight champion. His striking is just different and he is a special fighter and father time will finally catch up to Teixeira in Singapore.

A moment 20 years in the making. Never give up on your dreams ?

Valentina Shevchenko is arguably the most dominant fighter on the UFC’s roster as she’s undefeated at flyweight and has defended her belt six times. Taila Santos, meanwhile, will fight for the title for the first time in her career and has her hands full.

The way to beat Shevchenko is likely to catch her and get a flash KO, and unfortunately, Taila Santos does not have that kind of power. With that, Shevchenko will be able to fight her fight and mix in the wrestling and striking and just piece up the Brazilian.

In the end, I can’t see how Santos wins this fight and although laying -715 isn’t something you should do, look for a prop on Shevchenko inside the distance as she wants to finish all her fights to prove how much better she is.

Joanna Jedrzejczyk (+140): Although Jedrzejczyk hasn’t fought since March of 2020 when she lost a split decision to Weili Zhang in one of the best fights ever, I think the time off will benefit her. Along with that, Zhang hasn’t looked as good as of late so take Jedrzjeczyk as an underdog.
Manel Kape (-245): Kape gets a favorable matchup here to get into the top-10. Kape is a great parlay piece and you can also look at Kape by KO/TKO for more value.
Jack Della Maddalena (-157): Della Maddalena will be able to keep it standing and land the better shots and edge out a decision win.