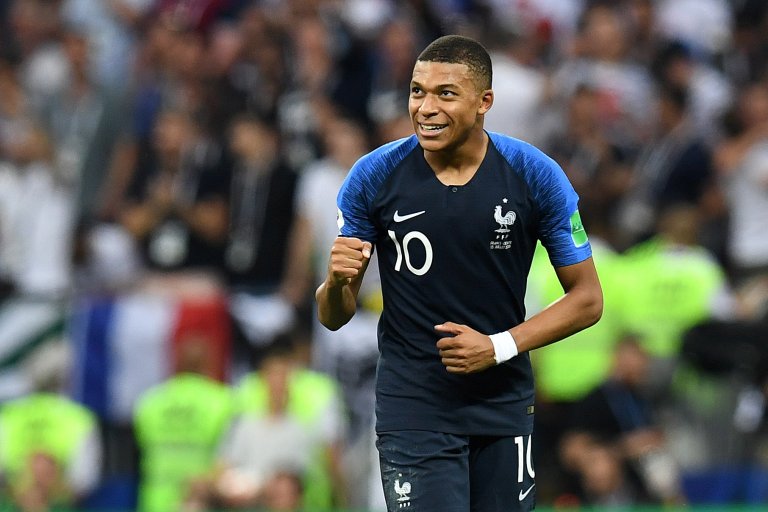 Monday, June 13th, sees five Nations League matches take place. The Matchday 4 schedule is headlined by a clash of world-champion France with Croatia. France, once again among the favorites in World Cup odds, have just two points from their first three matches in the competition.

Kazakhstan host Slovakia in a Group C3 clash. Both teams have won two of three, making this Matchday 4 game crucial. In the same section, Belarus are on the road against Azerbaijan, with both sides searching for their first victories in the 2022-23 Nations League.

The Nations League campaign has not started as France would have hoped. Les Bleus are winless through three matches, and currently sit in the relegation zone. Matchday 4 brings a contest with a Croatia team who held them to a draw in Split earlier this month. Zlatko Dalić’s side are coming off an impressive win over in-form Denmark on Matchday 3.

Starting Griezmann for France in 2022 should be a sin. Deschamps is the only person that’s gonna stop France from winning the World Cup..

Didier Deschamps is under considerable pressure. While the Nations League isn’t the biggest priority for the world champions, these performances are making some question Deschamps’ position. Fatigue is playing a part after a long season for the majority of the squad, too. N’Golo Kante has left the group with a knee injury and Kylian Mbappe isn’t fully fit.

For all of their inconsistency, France’s attack remains potent. They have scored at least once in their last 23 matches. Deschamps’ side have conceded at least once in four of their last five, however, and their only clean sheets since the Euros have come against South Africa, Kazakhstan and Finland. Croatia have failed to score just twice since losing to England in their Euros opener last summer.

It’s difficult to have any faith in any result here given France’s poor form — they could find their groove and win easily, but no one would be surprised by a Croatia victory. Instead, we’re backing both teams to score at -105.

With three matches played, no one expected Denmark and Austria to be in Group A1’s top two spots ahead of France and Croatia. The Danes lost to Croatia last time out, but they have notched wins in Paris and Vienna to hold first place heading into Matchday 4.

Ralf Rangnick has had an immediate impact on this Austria side. Their 3-0 win in Croatia was a real statement performance under the new manager, and the high energy levels from that outing have been replicated against both Denmark and France. It was a home defeat when they met the Danes a few days ago, but the Austrian’s remain high on confidence after drawing with France.

The result of this match is going to have a major impact on Nations League soccer futures and outrights. With France bound to come back strong in the final three matches, this is a near-must-win for Denmark if they are to represent Group A1 in the next phase.

Going back to the Euros, Denmark have won 12 of their last 16. They are effective going forward and will push for victories in a way that previous Danish teams might not have done. We like the value on the hosts to win this one.

In a three-team group with Russia expelled and automatically relegated, Israel have got off to a strong start with a win and a draw from their first two matches. Iceland played out a score draw when the sides met in the reverse fixture and shared the spoils with Albania on June, 6th.

There’s all to play for in this smaller group. Israel occupy the promotion berth, yet they hold just a two-point lead. Iceland, obviously, can go top of the group on Monday with just one match to play. The hosts have a woeful record on home soil of late, however, winning just twice at home over the last 20 months. Their only win in Iceland since the start of last year was against Liechtenstein.

Great movement in the box and a clinical finish that saved Israel in the final few minutes against Iceland.

Israel have the greater overall talent, though we’re predicting both teams to be circumspect, particularly in the first half. A draw is a good result for the visitors given their position at the top of the group, and Iceland have found wins very hard to come by over the last couple of years. They are still well-organized, and a difficult team to beat.