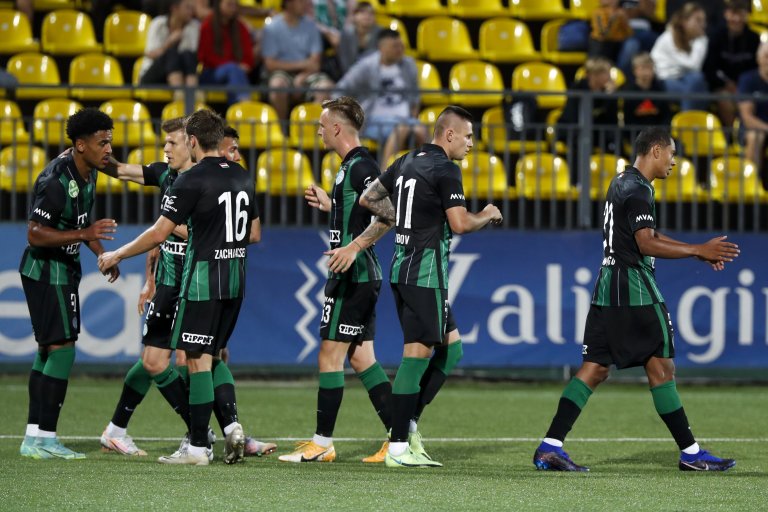 The second leg of six UEFA Champions League  First Round qualifiers take place on July 13
Five of the six ties are still on a knife-edge with, among them, Linfield vs The New Saints
We list the odds for all six games and preview three while offering some best bets

It’s the second leg of six UEFA Champions League  First Round qualifiers on July 13, with ten teams, at least, in with a chance of edging closer to the group stages of the main tournament. Four of the six first-leg ties ended goalless, and another 1-0.

In the other game, Bodø/Glimt’s 3-0 first-leg win over KL Klaksvik has left the team from the Faroe Islands with a mountain to climb.

Below we list the odds for all six games, with first-leg scores in brackets, and have picked three to analyze and offer a best bet.

All odds as of July 13 at FanDuel Sportsbook.

Ferencvaros and CFR Cluj are the two big favorites in Wednesday’s ties at -390 and -500 respectively, which bring with them win probabilities of 79.59% and 83.33%. Worth noting though is that, as things stand, both ties are goalless and so an upset could yet be on the cards.

Goals are expected in most games with Over 2.5 goals generally favored but, interestingly, this bet is pitched at plus money (+112) in the Linfield vs TNS games.

If you are new to betting on soccer, our Futures and Outrights page is well worth taking a look at.

Linfield vs The New Saints

The Welsh champions come into this with a slender 1-0 lead, thanks to Ryan Brobbe’s second-half goal in Oswestry, but a noisy Windsor Park awaits in Belfast and they still have plenty of work to do if they are to progress. With Linfield coach, David Healy, welcoming back some experienced names who were absent in the first leg, the Northern Ireland champions will fancy their chances of turning this around.

Create the noise, be the 12th man! Get your tickets now ⤵️https://t.co/iWxkmXtuJO

For their part, TNS have kept fit and motivated by having only a brief summer break – they won the Welsh Cup in May to claim the domestic double – and have won three of their four games so far, including friendlies. The winners face the winners of the KL Klaksvik vs Bodø/Glimt tie in the second round of qualifying.

With Josh Daniels and Josh Pask doing their best to distract him, Ryan Brobbel held his nerve, as he shared his own personal memories from Windsor Park. pic.twitter.com/f8EVODnAKy

The Hungarian champions were disappointed to leave Kazakhstan with only a draw and no goals, but have still been installed as massive favorites by the bookies. Reputationally, they hold the upper hand, having won their national title 33 times and having also made it to the group stages of the 2020-21 Champions League, but this could be close.

On paper, home advantage should be enough to see the Hungarians through but, while Tobol is an inexperienced team at this level, they will have gained huge confidence from getting that draw on their home patch.

While Tobol’s domestic form has been okay – they are currently two points behind their league leaders –  the key factor here is they have already played 15 league games. That extra match sharpness may just be enough for them to spring a massive shock.

While the Slovakians have loads of experience in top-level European soccer, they went to Georgia last week looking undercooked and unprepared. That they came away with a 0-0 draw was largely down to the Georgians having to play the second half-half with ten men after skipper Mamuka Kobakhidze was sent off for picking up two yellow cards.

The winners of this tie will go on to play the winners of Ferencvaros vs Tobol Kastanay (above) and, for me, all the momentum is with Dinamo who, while new to this level of soccer, is a team on the up. They have already taken a nine-point lead in their domestic league, having won it for the first time in their history in 2020-21.