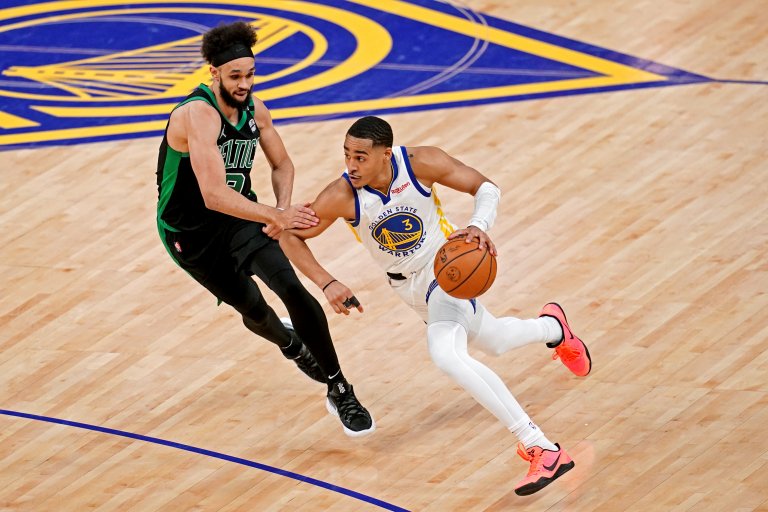 Golden State’s Jordan Poole is tied with Miami’s Tyler Herro in the opening NBA Sixth Man of the Year odds for 2022-23. Herro is looking to defend the award he won last season, while Poole is aiming to build on a big-time breakout season with the Dubs.

Cameron Johnson and Malcolm Brogdon are tied at +1200 behind the frontrunners, with Brogdon expected to come off the bench after being traded to the Boston Celtics. There’s uncertainty over Johnson’s future, however, given Phoenix’s pursuit of Kevin Durant. Former winner Jordan Clarkson comes in at fifth.

Odds as of Jul 08 at Barstool Sportsbook

NBA Betting – SportsBettingDime.com provides all the latest odds across the league. We will be keeping a keen eye on what should be a fascinating Sixth Man of the Year race in 2022-23.

Herro in the Mix Again

Tyler Herro started just 10 regular season games last season despite Miami’s injury issues. The Heat kept Herro in his bench role, and he thrived. This could be a contentious point in the coming season, however, with the former Kentucky guard stating after the season that he believes he’s earned the right to start. Pat Riley encouraged Herro to win the starting job in camp, citing a need for defensive improvement.

This makes Herro’s Sixth Man of the Year candidacy a bit messy. He should be the favorite if he’s coming off the bench, but there’s a decent likelihood he’s a starter in 2022-23, even with the Heat re-signing Victor Oladipo.

Tyler Herro off the bench this season:

We can’t rule out the possibility of a trade either. If Herro is dealt as the centerpiece of a package for a player like Donovan Mitchell, he’s almost certainly going to be a starter on his new team. There’s no value here at +500.

It’s no surprise to see Jordan Poole among the favorites in NBA Odds for this award. Poole was primarily a starter last season with Klay Thompson, Steph Curry and Draymond Green all missing considerable time. With Golden State’s big three healthy, Poole will return to the bench role he fulfilled during the final three rounds of the postseason.

His scoring is invaluable to the Dubs in non-Curry minutes. We will see Steve Kerr be especially careful with the minute totals of his veterans this season, which will only open up more opportunity for Poole to do his thing.

Poole pushed Ja Morant all the way in NBA Most Improved Player Odds last season. While he’s unlikely to be competing for that award again in 2023, he’s clearly one of the leading candidates to be named Sixth Man of the Year.

Like Herro, Poole will have the license and role to put up the big scoring numbers which are what many voters look for when it comes to Sixth Man voting. He scored just 13.7 points per game in 25 regular season games off the bench last season — we can expect a considerable increase. It wouldn’t be a surprise if he’s up around 20 points per contest with increased minutes.

There are a lot of players which represent decent value here. Cam Johnson was a fringe contender last year and could attract some interest at +1200. As ever, availability is an issue for Malcolm Brogdon at the same price. There’s sufficient uncertainty in Utah to put us off Jordan Clarkson — he could end up starting if the Jazz make big moves, and it’s rare that Sixth Man of the Year goes to a player on a non-playoff team.

Malik Monk and Bones Hyland are two names which standout. Monk had the best season of his career on the Lakers in 2021-22, earning a lucrative free agency deal with the Kings. The Kevin Huerter trade should guarantee that the former Hornet will be coming off the bench.

Excited to see the De’Aaron Fox x Malik Monk duo back on the floor together. ?

Monk will be charged with providing the firepower to Sacramento’s second unit with Davion Mitchell still a work in progress on offense. There will also be a lot of minutes available alongside De’Aaron Fox and/or Domantas Sabonis, where Monk’s shooting will help to space the floor and he will benefit from being alongside two good playmakers.

While Hyland hasn’t changed teams, he’s also set to see an enhanced role. Monte Morris and Will Barton were sent to Washington for Kentavious Caldwell-Pope and Ish Smith. Hyland, who had six games scoring 20 or more last season, is expected to be the first guard off the bench.

Denver is backing Hyland as a microwave scorer. Like Monk, he’ll also be utilized alongside the starters, and he’s already developed chemistry with Nikola Jokic. Smaller line ups with Hyland and Jamal Murray in the backcourt will be a nightmare to guard.