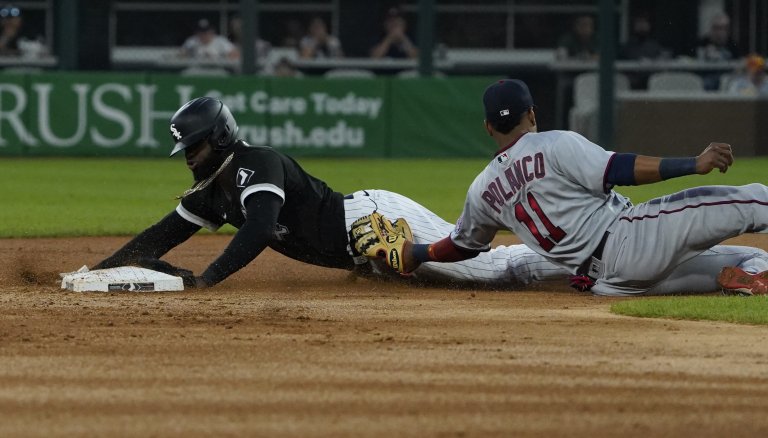 The Twins vs White Sox have identical -110 moneyline odds for Wednesday’s matchup (July 6, 2:10 pm ET)
Minnesota will send Joe Ryan (6-3, 3.00 ERA) to the mound, while Chicago will counter with Lance Lynn (1-1, 4.50 ERA)
Read below for the Twins vs White Sox odds, analysis and betting prediction

AL Central rivals clash on Wednesday afternoon in Chicago, as the White Sox and Twins wrap-up a three-game set. The season series has been all Minnesota so far, as they took the first four matchups this year heading into Tuesday night’s contest.

Despite the recent dominance, oddsmakers couldn’t decide on a favorite in what they expect to be a tightly contested affair.

Both the Twins and White Sox opened with identical -110 moneyline odds, in a game with a total of 8.5. First pitch is scheduled for 2:10 pm ET at Guaranteed Rate Field in Chicago, IL, with a chance of rain and 79 degree game-time temperatures in the forecast.

The Twins will give the ball to Joe Ryan, who’s a surprising top-16 contender in the AL Cy Young odds. Ryan has allowed three runs or less in 10 of his 12 outings, and is coming off one of his best performances of the season.

The 26-year-old threw 7 innings of one run ball last week versus Baltimore, scattering two hits while striking out seven. He’s never faced the White Sox in his brief two-year career, but he’s been fantastic on the road in 2022.

The White Sox, who are a top-12 contender in the World Series odds in spite of a 38-40 record, will counter with Lance Lynn. The 35-year-old will make just his fifth start of the season, after missing two-plus months due to knee issues.

Lynn got off to a shaky start allowing 14 runs in his first three starts, but rebounded with a spectacular effort last time out. He threw 6 innings of shutout ball in San Francisco, yielding only three hits and striking out five. Lynn has now pitched 21 innings at Oracle Park in his career, and has yet to allow a run.

Lance Lynn in his 3 career starts @ San Francisco has a 0.00 ERA in 21 innings pitched

He hasn’t been quite as dominant versus Minnesota over the years, but it’s close. Lynn has yielded a .150 batting average to current Twins hitters over 73 at-bats, with just two extra-base hits.

Lynn has held MLB batting average leader Luis Arraez to three hits in 14 bats, a success few White Sox pitchers have been able to emulate. Arraez was the hero on Monday night with three hits, and has now hit safely in 13 straight games against Chicago. He’s batting .429 during that stretch, but surprisingly he hasn’t been the biggest thorn in the White Sox side.

That honor belongs to Byron Buxton. The longshot AL MVP odds contender is 19-for-37 (.481) versus Chicago pitching during a 10-game hitting streak, with eight homers and 15 RBI.

Needless to say Lynn will have to neutralize both if the White Sox are going to keep this game competitive.

Chicago has had a big problem keeping pace with Minnesota this season as they’ve been outscored by 13 runs through four meetings.

The good news for the White Sox is they’re fresh off hitting a season-best .280 in June. The bad news is that a ton of that production was against left-handed pitching.

Chicago has struggled versus righties like Ryan, posting a slash line of .246/.301/.357. Against southpaws it’s been a completely different story. They’re slashing .287/.344/.457 versus lefties, with a home run rate that is twice as high.

Chicago’s offensive struggles versus righties and Lynn’s dominance of the Twins over his career are two reasons why under 8.5 runs looks appealing on Wednesday. Another reason is Minnesota’s recent propensity for low scoring games.

Chicago meanwhile, is no stranger to helping cash under tickets as well. The under is 7-3-1 over their past 11 games and 4-0-1 in their last five outings at Guaranteed Rate Field.