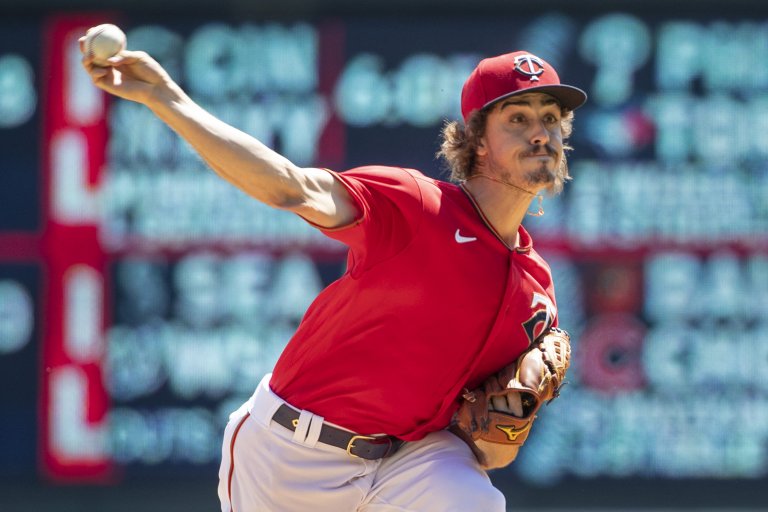 The Twins are -165 road favorites over the Tigers on Saturday night
Rookie Joe Ryan (6-3, 2.99) will start for Minnesota against Michael Pineda (2-5, 5.22)
A look at the matchup and odds can be found below with a pick

The American League Central-leading Minnesota Twins return from extended time off to visit the Detroit Tigers in the opener of a two-game series at 6:10pm ET Saturday at Comerica Park.

Both teams were off Friday, and the Twins (50-44, 23-22 road) haven’t played since last Sunday, giving them a five-day All-Star break. The Twins lost three of four to the Chicago White Sox last weekend at home to end the first half of the season.

The Tigers (38-56, 23-24 home) split a doubleheader Thursday against the Athletics in Oakland, winning 7-2 in the opener then losing 5-0 in the second game. Detroit has lost five of its last six games and nine of 11.

Odds as of July 22nd at BetMGM.

There is a 60% chance of showers and thunderstorms but not until 11 p.m., so they should get the game in. The gametime temperature is expected to be 88 degrees with a low of 74, cloudy skies and southwest wind at 6-9 mph.

Ryan is a 1-0 with a 3.29 ERA in his last five starts and had a no-decision in his last outing against the Milwaukee Brewers on July 13 in Minneapolis. He gave up one run and two hits in 5.1 innings while striking out three and walking two.

Ryan is 1-0 with a 4.63 ERA in two career starts against the Tigers. He has never pitched at Comerica Park.

Pineda has lost his last two starts and is 1-2 with an 8.76 ERA in his past three outings. He was hammered in a loss to the Guardians in Cleveland last Saturday, getting tagged for eight runs and nine hits in two innings with one strikeout and no walks.

A former Twin, Pineda is 1-2 with a 4.09 ERA against his old team in six career starts.

The Twins’ Carlos Correa has had plenty of success against Pineda, batting .423 (11-for-26) with four doubles and three home runs. Max Kepler is 3-for-6 with a double and two homers but Byron Buxton is hitless on seven at-bats while striking out four times.

The Tigers’ Robbie Grossman is 0-for-6 versus Pineda.

Grossman doubled twice and drove in three runs to lead the Tigers over the Athletics in the first game of Thursday’s doubleheader. Jeimer Candelario homered.

Payoff pitch and Candy was on the money. 💪 pic.twitter.com/k66AiOCJqO

In the second game, the Tigers were blanked on four hits.

The Twins hold a slim 6-5 edge in the season series but have lost four of five games in Detroit.

Hopefully, Urshela can keep a handle on his bat.

Gio Urshela fouls off a ball which hits the end of Gary Sanchez’s bat whilst Urshela’s bat flies into the netting before landing in the vicinity of the White Sox dugout pic.twitter.com/MDjGnObK98

The Twins have dominated the Tigers in recent years, going 60-37 since the start of the 2017 season.

Pineda has been having hard time gaining much traction in his first season with the Tigers. He looks like a good fade candidate, especially with the skiddoing Tigers matching up with Ryan.