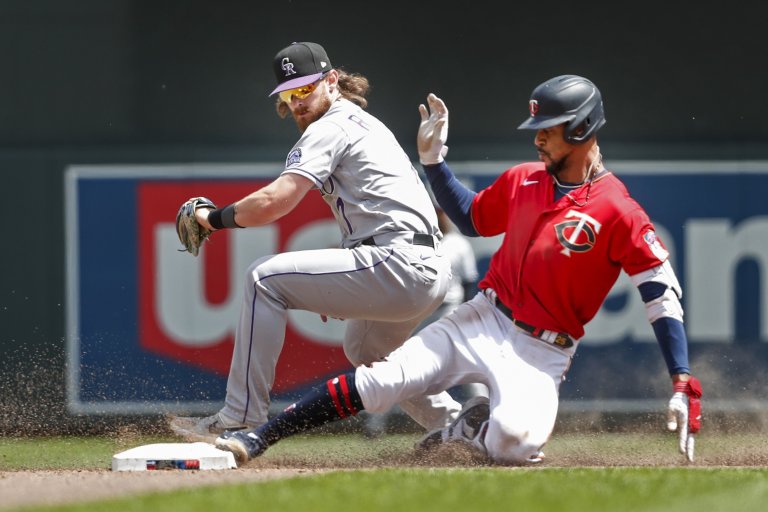 The Minnesota Twins and Cleveland Guardians face off at Progressive Field on Monday, June 27th
Rocco Baldelli’s club has been atop the AL Central standings for the majority of the season, while Terry Francona’s group has been one of the game’s biggest surprises in 2022
Read below for the Twins vs Guardians odds and betting preview

The Minnesota Twins (41-33) face the Cleveland Guardians (36-32) on Monday at Progressive Field. The opener of a four-game series has a scheduled first pitch of 7:10pm ET. The Twins will send Sonny Gray to the mound, while the Guardians counter with Triston McKenzie.

The road team is a slight favorite in this one and are also favorites to win the AL Central at +125. Meantime, the Guardians have +245 odds to win the division.

The 32-year-old Gray has been lights out for Minnesota — when healthy. The two-time All-Star missed nearly a month between April and May with a hamstring injury. Then, he spent the first two weeks of June on the IL with a right pectoral strain. The Twins own a 6-3 mark in his turns this season, three of which have been of the quality variety.

Gray saw the Guardians last Wednesday, lasting only four innings and allowed eight hits, three earned runs and no walks while striking out four in an eventual 11-10 Cleveland victory.

Meantime, Cleveland has fared slightly better in the 24-year-old McKenzie’s outings in 2022. The Guardians have gone 8-4 in his starts (and 8-5 in his appearances) — with seven of them quality ones. The lanky righthander was dominant in the month of May, posting a 3-2 record and 2.12 ERA.

McKenzie got beat up in that same game on Wednesday, going 4.1 innings and surrendering nine hits (including three homers), six earned runs and a walk while striking out five. The silver lining: the Guardians came away with a victory.

The Twins allowed the Guardians to tie them atop the AL Central standings they have led for the better part of 2022 last week. But Minnesota responded by taking two of three from Colorado behind fabulous pitching.  The Rockies only managed to score four runs in the three-game set at Target Field. Minnesota’s bullpen was especially dazzling, tossing 11 scoreless innings and allowing only five hits in the series.

Ball didn’t even make it to the wall and Buxton got himself a triple pic.twitter.com/zyB7WkhbCi

Byron Buxton was the star in Sunday’s 6-3 victory. He went 3-for-3 and scored three runs, driving in one. He’s only hitting .238 this season, but the 28-year-old’s ability to stay generally healthy has been a big reason why the Twins have controlled the division.

Meantime, after winning the first two games against Minnesota last week, Cleveland has dropped four in a row — including a three-game sweep at home at the hands of Boston.

Get Andres Gimenez in the damn all star game @BS_Cleveland pic.twitter.com/EuFmD8YbBI

Second baseman Andres Gimenez went a combined 6-for-11 against the Red Sox, including a pair of RBI and his eighth home run of the season in the series. His .318 batting average leads the club. Meantime, the always-dangerous Jose Ramirez has cooled off a bit from his scorching start. But the three-time All-Star has still driven in an AL- best 63 runs.

The Guardians currently have +7500 odds to win the Fall Classic, while the Twins are at +3500 in the World Series odds.

While the Minnesota pitching staff may not be the most intimidating in baseball, it has gotten the job done. The 3.79 team ERA is slightly behind Cleveland’s division-best 3.69.

But the Twins are the hotter team coming in and have last week’s series loss to avenge. That’s why I like Buxton and Co. in this spot.