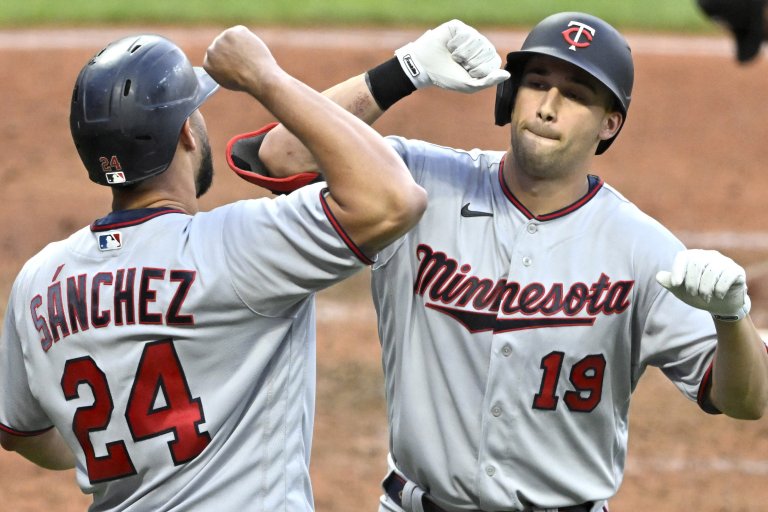 The Cleveland Guardians are -155 home favorites in an American League afternoon game against the Minnesota Twins on Thursday. June 30
Cleveland is the only MLB team in the top five in ROI on both moneyline (3rd-9.35%) and spread (4th-11.52%) wagering
All of the Twins vs Guardians odds and best bets are analyzed in the story below

Lately, the Minnesota Twins (43-35, 20-18 away) and Cleveland Guardians (38-34, 18-15 home) are trending in opposite directions. Minnesota has won five of the last seven games. Cleveland, meanwhile, has dropped six of the past seven outings.

Head to head, the Twins are holding the recent edge. Minnesota has won three of five overall from the Guardians. At Cleveland, the Twins are 6-3 straight up in the past nine games.

However, it’s the Guardians who oddsmakers are going with in Thursday’s finale of this four-game series. Cleveland is a -155 home favorite. Minnesota is a solid 8-5 SU as a road underdog this season.

Odds as of June 29th at Caesars Sportsbook.

First pitch for this game at Progressive Field on Thursday, June 30 is set for 1:10 pm ET. Sunny skies, 10 mph wind and a temperature of 89 degrees are in the forecast.

Given the favored moneyline odds of -155, the Guardians are being assigned an implied probability of victory of 60.78%. Bet $10 on them to win and a successful wager returns a payout of $16.50.

In the MLB betting trends, the Twins  are the +115 second betting choice in the AL Central odds. Cleveland is being given +1200 odds to win the division. Both the Twins (+4500) and Guardians (+6500) are longshots in the World Series odds.

Twins right-hander Chris Archer is seeking to complete a stellar month of June in which he’s gone 2-1 with a 1.57 ERA in five starts. Archer has held opposing batters to a .169 average during the month while allowing just four earned runs over 23 innings pitched.

Overall, he’s 0-7 against the Guardians with a 5.87 ERA. Cleveland’s .863 OPS against Archer is the highest he’s allowed to an AL club.

Two years removed from his AL Cy Young Award win, it would be wrong to suggest that Cleveland right-hander Shane Bieber is slumping. However, he won’t be registering in this year’s AL Cy Young  odds, either.

Bieber is 1-1 with a 2.87 ERA in five June starts. At home this year, he’s 1-3 with a 4.23 ERA in five starts. He faced the Twins at Minnesota on May 14. Bieber allowed one earned run on a solo homer over seven innings and didn’t figure in the decision.

Good things happen when Shane Bieber’s on the bump.#ForTheLand pic.twitter.com/4UDNlElPsM

Yes, the Twins are playing better of late than Cleveland. Sure, Minnesota is leading the AL Central. But there are two telling stats in this game that are hard to overlook.

Josh Naylor did it again — the Guardians walk-off with the home run to beat the Twins in 10 innings, 7-6 ⚾️ pic.twitter.com/c0kFbyg0K3

Bieber has never lost at home to the Twins. Archer has never beaten the Guardians anywhere.

Expecting both of of those trends to change on the same day might be too hopeful of an ask.