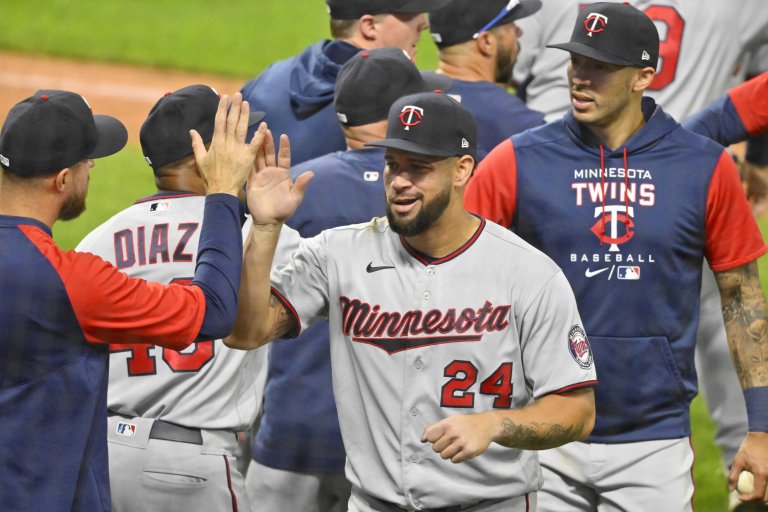 The top two teams in the American League Central square off when the Minnesota Twins visit the Cleveland Guardians on Tuesday in a day-night doubleheader at Progressive Field.

The division-leading Twins (42-33, 19-16 road) routed the second-place Guardians 11-1 on Monday night in the opener of a five-game series to extend their winning streak to three games. The Guardians (36-33, 16-14 home) have lost five consecutive games.

It should be a perfect afternoon weatherwise in Cleveland as the forecast calls for a high of 76 degrees, sunny and wind from the north at 5-9 mph.

Smeltzer is coming off an impressive win over the Guardians and Plesac last Thursday at Minnesota. He pitched six shutout innings, allowing three hits and no walks while striking out three.

The best pitching performance of the early slate today belongs to Devin Smeltzer?

He blanked the Guardians hot offense through 6 while allowing only 3 hits. The Twins maintain their 1-0 lead in the 7th?? pic.twitter.com/rBx51dZMID

In seven career games (five starts) against Cleveland, Smeltzer is 2-2 with a 4.31 ERA. He has an 0-1 record in two starts at Progressive Field with a 4.82 ERA.

Plesac lost to the Smeltzer and the Twins last Thursday despite giving up only one run in six innings. He surrendered three hits and two walks while striking out six.

The Twins’ Carlos Correa is 4 for 6 off Plesac with a double and a home run but Alex Kirilloff is just 1 for 8.

Smeltzer has dominated the Guardians’ Myles Straw. The center fielder is 0 for 5 with four strikeouts against the lefty.

Odds as of June 28th at BetMGM.

Both teams are at -110 on the moneyline and have implied win probabilities of 52.38%. The temperature is expected to be 76 degrees at first pitch with the weather forecast calling for a low of 62, mostly clear and calm wind.

The Twins plan to recall Winder from Triple-A St. Paul, where he is 0-0 with a 4.50 ERA in three starts. His latest outing was last Wednesday at Buffalo when he had a no-decision after allowing one run and one hit in four innings with three strikeouts and two walks.

Winder will be making his eighth appearance and fourth start for the Twins.

He previously pitched for them on May 17, lasting just 3.2 innings in a loss to the Athletics in Oakland. He was tagged for five runs and nine hits while walking two and striking out one.

Pilkington will be called up from Triple-A Columbus to make the start. He has a 0-0 record and 6.38 ERA in five starts for the Clippers and was rocked for five runs and nine hits in four innings of a no-decision at Omaha last Wednesday while striking out five and walking two.

For the Guardians, Pilkington has made eight appearances and five starts. This will be his first appearance against the Twins.

He last pitched for them June 15, taking a no-decision against the Rockies in Colorado. Pilkington gave up four runs (two earned) and six hits in 4.1 innings with three strikeouts and one walk.

Gary Sanchez went 3 for 4 with a double, a three-run home run and four RBIs to lead the Twins to an easy victory over the Guardians on Monday night.

The homer came in the second inning and opened the scoring.

Correa, who has +20000 American League MVP odds, and Nick Gordon added two-run homers for Minnesota. Kirilloff and Gio Urshela each had three of the Twins’ 14 hits.

The Guardians avoided being shut out when they scored a run on a wild pitch in the ninth inning.

Cleveland catcher Austin Hedges missed his second straight game with manager Terry Francona saying he is “a little nicked up.”

The Twins lead the season 4-3 with Monday’s game being the first played in Cleveland. Minnesota holds a 22-14 advantage since the beginning of the 2020 season.

Let’s look for a split here with the Guardians’ Plesac finally getting in the win column against the Twins for the first time in his career in the opener then Winder winning a matchup of rookies in the nightcap.