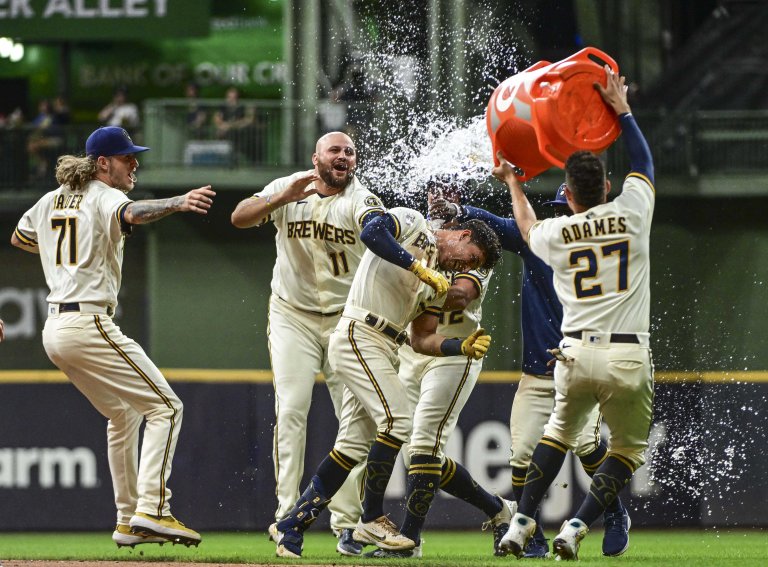 The Brewers are -195 home favorites over the Twins on Wednesday
Chris Archer (2-4, 3.41) will start for Minnesota against Corbin Burnes (7-4, 2.20)
A look at the matchup and odds can be found below with a pick

Odds as of July 26th at Barstool Sportsbook.

With the weather forecast calling for a high of 83 degrees with sunny skies and a west wind from 5-10 mph, the American Family Field roof should be open.

Archer last pitched on July 17 and lost to the Chicago White Sox at home. He allowed four runs and five hits in 4.2 innings with five strikeouts and one walk.

With NFL training camp opening, perhaps Archer can be a modern-day Bo Jackson.

Chris Archer getting ready for his start tonight 🏈 pic.twitter.com/AoFzK9LWLh

In five career starts against the Brewers, Archer is 1-2 with a 5.88 ERA. He is winless in two decisions and three starts at American Family Field and has an 8.31 ERA.

Burnes is undefeated in his last seven starts with a 4-0 record and 1.76 ERA.

In his previous start last Friday, Burnes had a no-decision against the Colorado Rockies at home. He gave up two runs on six hits in five innings while striking out five and walking two.

Burnes is 1-1 with a 1.46 ERA versus the Twins lifetime in three games (two starts).

The Twins’ Jorge Polanco is hitless in five at-bats against Burnes.

Luis Urias’ sacrifice fly in the bottom of the ninth inning gave the Brewers a walk-off win over the Twins on Tuesday night.

You know you wanna hear Ueck call that walk off.

Urias also homered and had three RBIs while teammates Hunter Renfroe and Wong also went deep. Renfroe, who hit a three-run shot, has homered in four of the Brewers’ five games since the All-Star break.

Buxton returned to the lineup after missing the first two games after the All-Star break in the aftermath of getting a platelet-rich plasma injection in his knee.

First baseman Miguel Sano was activated from the injured list and went 0 for 2 before being lifted for a pinch hitter. He had been out since May 1 because of a torn meniscus in his right knee that required surgery.

The #MNTwins were missing Miguel Sano’s clutch bat in these close games, after he was removed earlier. He has a career .948 OPS in one run or tie games after the seventh inning. pic.twitter.com/MU1GhhidYT

Right fielder Max Kepler was held out with a mildly displaced fracture of his right pinky toe. He is expected to return Wednesday. Kepler was injured Sunday when hit by a pitch.

The Brewers have won two of three meetings this season, but the Twins hold a 9-6 edge since 2020.

Burnes has gotten on a roll for the Brewers and it seems hardly the time to bet against him, even with a big number.