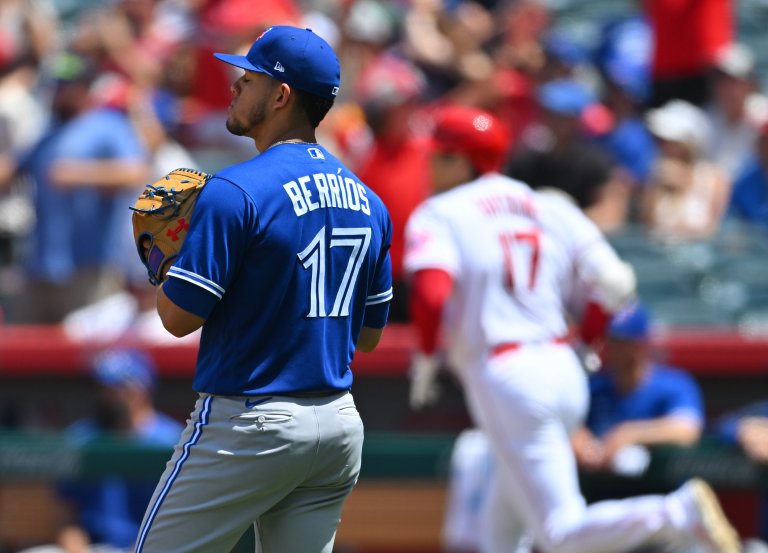 On Saturday, the Twins clash with the Blue Jays
The matchup on the mound sees Dylan Bundy take on Jose Berrios
Find the Twins vs Blue Jays odds, preview, and picks below

The Minnesota Twins continue their three-game set with the Toronto Blue Jays on Saturday at Target Field, with the first pitch scheduled for 3:07 pm ET.

The pitching matchup is an intriguing one as Dylan Bundy gets the ball for the Twins. Jose Berrios meanwhile, is set to face his former team.

Odds as of June 3rd at Caesars Sportsbook

Toronto is a -160 favorite here and has won eight straight, moving up to second place in the AL East behind the New York Yankees. They sit second in the MLB Division odds as well.

Bundy is pitching relatively well this season for the Twins, going 3-2 with a 4.77 ERA in eight starts. Aside from essentially one outing where the righty allowed nine runs, it’s been mostly smooth sailing. Last time out, Bundy tossed six innings against the Tigers, surrendering six earned in a no-decision.

Honestly, Dylan Bundy gave the #MNTwins a gift by eating 6 innings. Wasn’t beautiful, by any means.

But 6 mediocre innings are essential ahead of the doubleheader tomorrow, and the imminent roster holes from the non-vaccinated in Toronto

One thing you can always count on with Bundy is he’ll pound the strike zone. The former first-round pick has given up only eight walks in 39.2 frames in 2022. He’s spent plenty of time in the AL East, and he’s very familiar with the Jays, compiling a 3.27 ERA in 16 appearances.

After signing an extension with Toronto in the offseason, this has not been a good year for Berrios thus far. He’s struggling immensely, collecting a career-worst 5.62 ERA while going 3-2. Berrios is throwing strikes but opponents are just absolutely teeing off on him. The Puerto Rican’s most recent outing was a lot of the same, lasting only 2.1 innings against the Angels as they tagged him for six earned runs while slugging two bombs.

José Berríos in the first year of his 7 year, $131MM extension:

All are his worst marks since his rookie season in 2016, or outright career-worsts. pic.twitter.com/hyE6kqyHFX

Berrios hasn’t pitched great versus his former team, either. In two starts, he’s compiled a 4.26 ERA. With the Jays red hot right now, he’ll be hoping to give his squad some longevity on the hill.

Minnesota still sits at the top of the AL Central with a 31-23 record, but they’ve been poor as of late. Before ending their three-game losing skid on Friday against the Jays, the Twins were 3-7 in their last 10 games after losing four of five to the Tigers in a lengthy series.

As a whole though, Minny is looking very fundamentally sound. The pitching staff is sixth in the Majors with a 3.48 ERA while the bats are also doing their part. Most importantly, the Twins are doing a good job of getting on base, posting a .321 OBP. That ranks fifth in the big leagues.

Toronto still has World Series odds of +1000, but they actually boasted the second-best odds to win it all prior to the season. While the Blue Jays did get off to a shaky start, Charlie Montoyo’s squad is coming into their own now. Vladimir Guerrero and Co. were on an eight-game winning streak prior to Friday’s loss, sweeping the White Sox and Angels.

When you know you got ALL of it ? pic.twitter.com/oolc3rR3W2

The offense really came to play in the Chicago series, outscoring them 21-11. However, the lineup hasn’t shown a ton of consistency and that’ll need to change if the Jays are going to make a serious run this fall. Toronto also desperately needs Berrios to be a lot better. Hopefully, Saturday can be the start of him turning things around.

Bundy is historically good against the Jays, while Berrios can’t seem to find his form on the mound. but, he’s much better at home, posting a 3.15 ERA. With that in mind, I’m liking Toronto to get back to its winning ways.