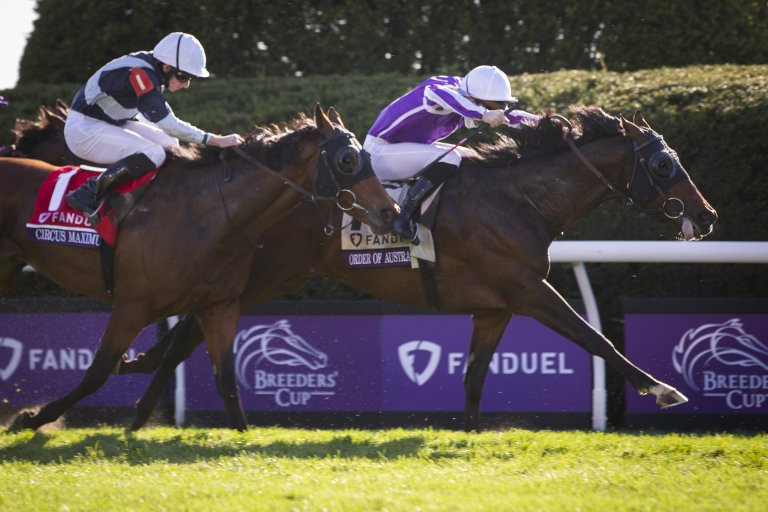 Bettors will soon be getting access to the first 24-hour sport- betting channel in North America. TVG, currently an all-horse racing handicapping channel, is going to be making the conversion to FanDuel TV in September.

The move will be arriving just in time for the kickoff of the NFL regular season.

FanDuel Sportsbook and TVG are both under the ownership of Irish bookmaking holding company Flutter Entertainment. That company acquired TVG in 2008 and purchased FanDuel in 2018.

Calling FanDuel TV the first watch and wager programming available in the USA, this decision is all part and parcel of FanDuel moving to become more of a sports media company. Plans are calling for FanDuel TV to be featuring in-studio shows along with a mixture of live horse racing and other live sporting events.

While sports betting talk will certainly be accounting for a significant portion of the broadcast day, they will be mixing it in with news and sports reports and other sports-related shows. Breaking sports news will be updated via scheduled cut ins during regular programming.

Hosting programming will be FanDuel talent, as well as influencer partners. Expectations are that among those who will be featuring on the channel are Bill Simmons of The Ringer and former NFL punter Pat McAfee, host of a massively popular sports talk radio show. The FanDuel More Ways To Win team of Lisa Kerney, Dave Weaver and Edward Egros will also be given a place of prominence on the channel.

FanDuel has media partnerships already in place with Turner Sports, Inside The NBA, fuboTV, Associated Press, the Tennis Channel, Hulu, Pat McAfee and the PMI Team, The Ringer, Audacy and The Volume, so finding and creating programming shouldn’t be a major issue.

As well, FanDuel is an official sports betting partner of the NBA, WNBA, NHL, NFL, MLB, WTA and PGA Tour. In Canada, they are partnering with 24-hour sports channel TSN.

TVG Won’t Be Going Away

Horse racing bettors need not fret. TVG, which offers live racing from 200+ tracks around the world, will still be holding a place of prominence within the FanDuel empire.

The actual TVG horse-racing specific channel won’t be undergoing any changes. Flutter Entertainment will simply be expanding the offerings of the TVG network.

The rebranding will see the main channel become FanDuel TV. TVG2 will be the racing hub and will be known going forward as FanDuel Racing. The TVG OTT app is becoming FanDuel+. The TVG horse racing betting app will also be staying the same.

I’m humbled at the opportunity to lead our incredible @FanDuel team in my new role as Chief Commercial Officer. The best is yet to come for the #1 online gaming company in America. https://t.co/xg3iopPaCs

FanDuel is promoting Mike Raffensberger, the company’s Chief Media Officer. He’ll be filling the newly-created role of Chief Commercial Officer. In this position, Raffensberger will be overseeing FanDuel’s content and programming assets including the company’s broadly distributed cable network, TVG. In other words, he’s the the man they’re putting in charge of FanDuel TV. He’s also in charge of overseeing revenue generation across FanDuel’s sportsbook, casino, racing, daily fantasy and free-to-play platforms.