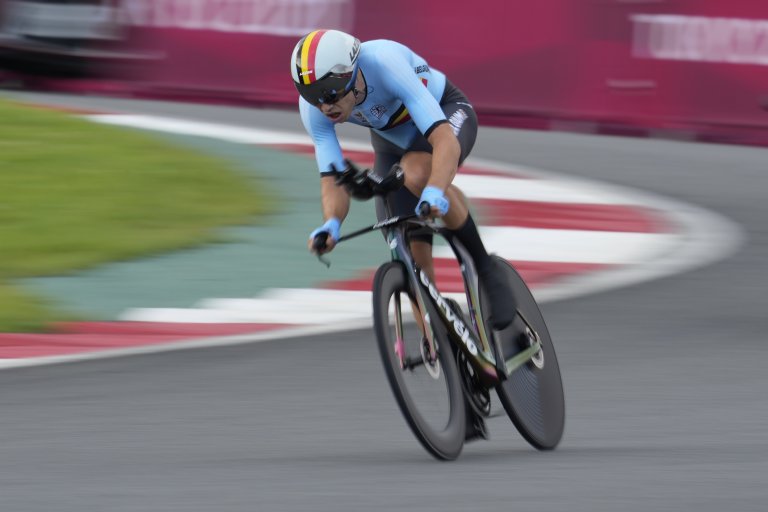 The Tour de France wraps up with Stage 21’s (Sunday, July 24) stroll into Paris
Sunday’s circuit along the Champs-Élysées is likely to produce a sprint finish
Check out our Tour de France Stage 21 odds and picks below

The Tour de France lacked drama this year. Two-time defending champion Tadej Pogacar was a heavy favorite, but cracked on Stage 11. Jonas Vingegaard seized control, and the rest was history.

Vingegaard, who was the runner-up last year, won’t be attacked on the mostly ceremonial final stage. Pogacar will settle for runner-up honors, and former winner Geraint Thomas will earn his third podium finish. The one question that does remain is, who will win the day in Paris?

Because he has not been a GC rider yet in his career, Wout van Aert’s incredible and versatile riding over the past few years can be overlooked. He won last year’s final stage sprint on the Champs-Élysées, and seemingly is a contender regardless of what the daily course looks like. Will it be van Aert, or a more traditional sprinter when Stage 21 (10:30am ET) gets rolling?

Odds as of July 23 at DraftKings Sportsbook.

Saturday’s Individual Time Trial was convincingly won by van Aert, his third stage win of this year’s race. He was 19 seconds faster than Vingegaard, and 27 ticks ahead of Pogacar.

There isn’t a lot to know about the course on Sunday. The entire field will enjoy themselves, sipping champagne, admiring the scenery, and congratulating each other on making it through three difficult weeks. As things approach Paris the sprinters will move to the front. The eight laps along the Champs-Élysées will be a knife fight between the quickest riders.

Last year van Aert was a shocking winner of the final stage. After taking a mountain stage over Mont Ventoux, and a solo time trial, he beat the sprinters in Paris. Will he repeat?

Let’s look at Sunday’s top contenders and who could present value.

Van Aert’s accomplishments are incredible. The runaway winner of the Green Jersey, also competing in serious mountain stages, and being among the top sprinters and time trialists is amazing.

While van Aert should never be doubted, the question on Sunday is about value. Is he going to prove to be faster than the true sprinters? There is no strategy or minor climbs where he can gain a major advantage. Will he just prove to be the quickest? At what price is that a good wager?

There will be no stealing Stage 21. Two days ago things appeared set-up for speedsters, but Christophe Laporte bridged the gap to the breakaway and then held off the sprinters. Who possesses the fastest pure speed this year? With three different winners of sprints thus far, that’s hard to say.

Alexander Kristoff is a veteran who has won four career stages on the Tour including in Paris four years ago.

Kristoff is a juicy price, and has had a good year though the Tour has been a little frustrating. He’ll be all out on Sunday.

Caleb Ewan hasn’t had the easiest of rides to Paris either. That said, he’s still competing, and won this stage in 2019.

Ewan has won five Tour stages, and suffered through a long group of mountain stages with the thought that he would be among the favorites on Stage 19 and 21.

Fabio Jakobsen, Dylan Groenewegen, and Jasper Philipsen have won the three true sprints thus far. Interestingly, van Aert was the runner up on each.

Groenewegen won the final stage in 2017. Philipsen was the first true sprinter to the line on Friday. Jakobsen has a plan for Sunday.